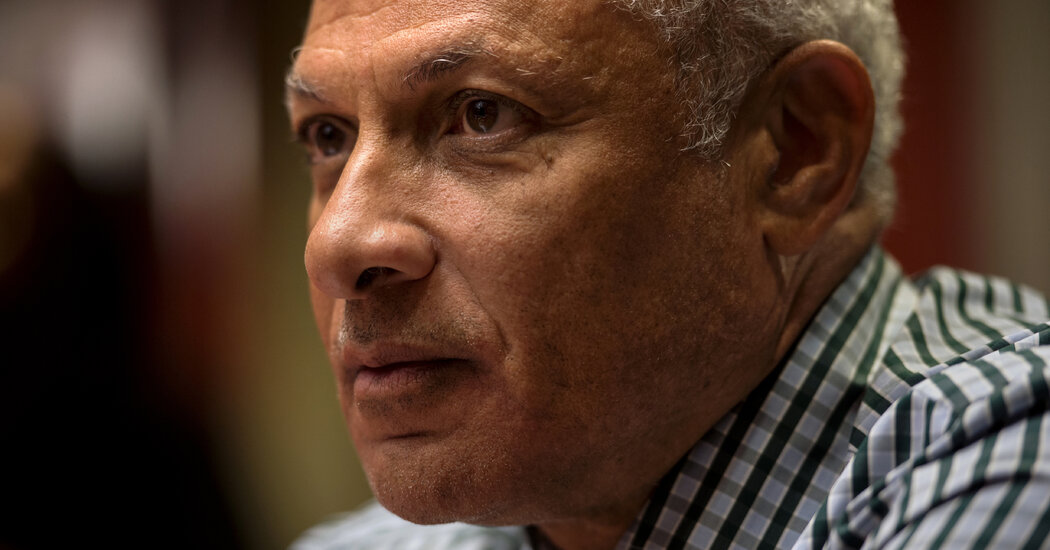 At the end of the Civil War in 1865, Mississippi was a majority-Black state.

Republicans, who were the liberals at the time, championed granting Black people the right to vote. The military commander of Mississippi in 1867 started to allow Black people to register to vote for delegates at the Reconstruction constitutional convention. That year, there were 60,167 Black people registered and only 46,436 white people.

Black people had enough electoral power to control the state.

The new Mississippi Legislature in 1870 was a quarter Black. As Mississippi sought readmission to the Union and representation in Congress in January of that year, the state had to fill its two vacant Senate seats (one of which had been vacated by Jefferson Davis, who would become president of the Confederacy).

The Black delegation insisted that one of the seats should go to a Black party member. You can insist when you have that much political power. The legislators agreed that they could have the seat with the shortest term remaining, and elected Hiram Revels, a well-educated Black pastor who was born free in North Carolina in 1827 and who formed regiments of Black men in Maryland during the war. (Senators were not popularly elected at the time.)

In February 1870, Mississippi was readmitted into the Union. On Feb. 3, the 15th Amendment was ratified, and just 22 days later Revels took his oath of office in the Senate. Civil rights activist Wendell Phillips called Revels “the 15th Amendment in flesh and blood.”

Revels became the first Black senator in American history. But soon, in 1874, Mississippi would also give America its second Black senator, Blanche K. Bruce, also elected by the Legislature.

Perhaps no state at the time held the promise of true Black electoral power more than Mississippi. According to the Mississippi Historical Society, “At least 226 Black Mississippians held public office during Reconstruction, compared to only 46 blacks in Arkansas and 20 in Tennessee.” That is why white racists moved so swiftly and brutally to crush that prospect.

As David C. Colby wrote in the journal Publius, the Democrats, who were the conservatives and racists of the time, planned to wrestle back control by 1875. He explained:

“While they promised civil rights to Blacks, they intimidated Republicans and those Blacks who did not support the Democrats. The Democrats regained control in sixty-two of the state’s seventy-four counties in the 1875 elections, impeached the Black lieutenant governor, and forced the resignation of the carpetbagger, Republican governor. Between 1875 and 1890, the Democrats maintained electoral control by fraud, threats of violence, actual violence and economic coercion.”

In 1890, Mississippi called another constitutional convention designed to write white supremacy into the soul of the state, guarantee white control and disenfranchise Black voters for generations. And the delegates succeeded. At the time of the convention, there were 189,884 Black voters in the state, and only 118,890 white ones. By the time the Voting Rights Act passed in 1965, there were only 28,500 Black people registered to vote in the state. Put another way, only 6.7 percent of Black people eligible to vote in the state were registered to vote, while about 70 percent of the white eligible voters were registered.

Mississippi wouldn’t elect another Black person to its House of Representatives until 1968, although the state remains the blackest state in the country.

After the Voting Rights Act, Black registration rose dramatically, but not without continued efforts, persisting to this day, to weaken or suppress Black electoral power in that state. Still Black people in the state have trudged on, drawing strength and building power.

In 1986, a young Black lawyer and state official named Mike Espy was elected the first Black congressman from Mississippi since the late 1800s. He was re-elected three times.

Now he’s trying once again to make history by becoming the first Black senator from the state since Reconstruction, and the first popularly elected one from the state. Should he prevail, he will also make history as the first Black senator ever elected by Black people, meaning Black people would be the majority of the coalition that sweeps him into office. It would be a recompense for the nearly 150-year effort to thwart Black power in that state.

But first, the Democratic leadership and Democratic donors have to take seriously the very real possibility that he could win.

He ran against Cindy Hyde-Smith in 2018 — a woman who joked during that race about a supporter, “If he invited me to a public hanging, I’d be on the front row” — and lost. He’s running against her again this year.

It is an unforgettable travesty that Espy was not fully supported by the national Democratic machine in that race. As Briahna Gray pointed out in The Intercept in 2018: “According to Federal Election Commission filings, the Republican Party spent nearly $8 million in the state as of late October, while Democrats have received a little more than $2 million from the Democratic Party.”

Until a few weeks ago, it seemed that the Democrats were going to repeat the error. On Sept. 9, Espy tweeted, “Democratic Party leaders have ignored our race for the U.S. Senate in Mississippi. They don’t think a Black man in Mississippi can win — and they continue to count out the South and Black voters.”

But, nine days later, the inimitable Ruth Bader Ginsburg passed away, and people began to reassess all the races, to think that they all might be in play. So the money is now beginning to flow, a reversal for which Espy says he’s grateful. As he told me, “they ignore you until you can prove your own viability,” much like Barack Obama proved by winning Iowa in 2008.

As Espy put it, the Democrats have a “legacy of disinvestment” in the South, and I believe that is largely because they have written it off as red. That is a mistake. As Espy put it, “If 20 years ago and 10 years ago, there had been three, five, 10 million dollars coming into Mississippi in the off years to eliminate purging, to register, to do all the work that I had to do in 2018, to build a bridge that candidates can cross over it, including my campaign in 2020, we would be way ahead of where we are now.”

We are in the homestretch, but Espy has a real chance. One recent poll showed him trailing Hyde-Smith by only one percentage point, and Espy says that his campaign has been raising an average of $156,000 a day since Justice Ginsburg died.

There are other recent events also putting wind into Espy’s sails: The public outcry and conversations about racism following the killing of George Floyd, the Mississippi Legislature voting to remove the Confederate battle emblem from the state flag, and Joe Biden’s choosing of Kamala Harris as his running mate. These are all things Espy believes will increase Black voter turnout and woo some desperately needed white support. Tuesday night at the presidential debate, Donald Trump refused to condemn white supremacy, which is also likely to enrage and energize Black voters.

Espy believes that if he can just slightly increase his support from Black and white voters, he can win. More important, Espy says, “We need Black voters to show up. If Black voters show up, we’ll win.”

“There were 100,000 Black voters in 2008 that showed up for Barack Obama. They did not vote for Hillary in ’16, or Mike Espy in ’18, or Jim Hood in ’19. But, now the difference is, Charles, we know who they are. We’ve got their contact numbers. We’re peer-to-peer texting. And, I’m about to put on my gloves and mask and go knock on their doors and say, ‘Brother, sister, what’s the problem? Don’t you believe that who you put in office impacts you life and your career? What’s the problem?’”

Espy shouldn’t be alone in this. If the Democratic Party — the party that claims to prize and value Black support, and that cynically uses Black voters as a firewall when it can’t convince white voters —  doesn’t show up for Mike Espy and help him get those 100,000 missing Black voters to the polls, it will be a great shame on them, and it will not be forgotten.