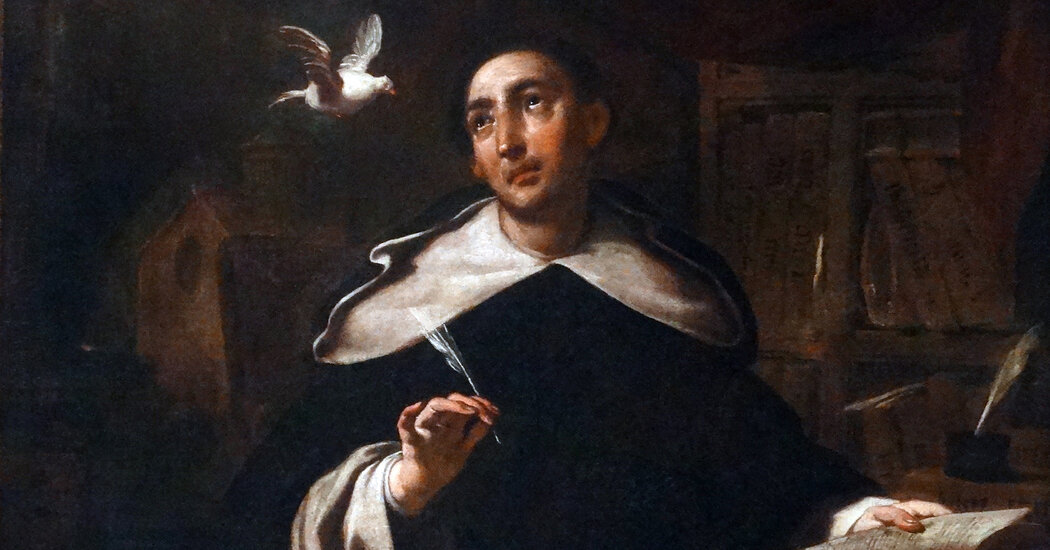 This has been a turbulent Advent season at our Catholic parish. My family and I attend a church in New Haven, Conn., St. Mary’s, that was in the care of the Dominican friars for 135 years. But now no longer, because the Archdiocese of Hartford decided that its plans to consolidate New Haven’s parishes — a slew of lovely, fading churches in no-longer-very-Catholic neighborhoods — required using St. Mary’s and its attached residence as a hub for the archdiocese’s priests, which in turn required moving the Dominicans somewhere else.

The order, for whom our church has been a home for generations, preferred not to be shunted elsewhere. So after a negotiation carried on in a very Catholic style — meaning that the laypeople of the parish were barely informed it was going on — we received the announcement from on high that our priests would simply be departing.

It was a pretty brutal experience, but our church, I hope, will survive the trauma and thrive under its new pastors. For the archdiocese, though, the outcome seems like folly. The painful consolidation of parishes reflects, among other things, increasing shortages of priests. But the Dominican Order in the Eastern United States is flourishing, with many priests and vocations. So if, as seems likely, most of the Dominicans depart Connecticut entirely, for the sake of taking over one particularly lovely and well-situated church the archdiocese will have cost itself exactly the thing it needs most — ministers of the sacraments and preachers of the gospel.

This personal experience has tended to confirm my general sense that the leaders of my faith have — how to put this charitably — no clear idea what they’re doing. They are in a difficult position, managing decline and transformation, but even judged by that gentle standard they are failing.

And I think it’s getting worse. Even compared with 10 years ago, today’s official Christian leadership feels more at sea, more subsumed into partisan identities — the “Christian right” as a fellow traveler of populist paranoias, the “Christian left” as a handmaiden to progressivism’s secular revivalism — and more baffled about how to handle the continuing reality of Christian disaffiliation, the bigger-picture versions of our Connecticut dilemmas.

In evangelical Christianity the figures I would have identified as emerging leaders have been caught up in the circular firing squads of the Trump era. Pope Francis was, for a brief moment, bigger than the church’s liberal-conservative divide, but by now his pontificate has succumbed to the deck-chairs-on-the-Titanic spirit of church bureaucracies, conducting a mind-numbing “synod on synodality” while waging a pointless war on the church’s traditionalists. God help us, even Jerry Falwell to Jerry Falwell Jr. is a study in decline.

This leadership deficit has focused some Christian intellectuals — especially in the “new right” that I wrote about last week — on the idea that help can come from outside, that the energy of culturally conservative politics can be used to save the church. (For instance: If the Catholic hierarchy of France is pushing through a banal modernization of Notre Dame, why shouldn’t the French people elect a right-wing president who will intervene instead?) And they regard the recent ascent of progressive ideology as a model for Christians to study — as a worldview with clear religious energy and strong dogmatic beliefs that’s become dominant first by gaining elite power rather than through some surge of mass conversion.

Part of their vision is correct. A more fully Christian politics would be a powerful witness for the faith. Political power can lay the social foundations for religious growth. And a healthy church inevitably generates a “cultural Christianity” that draws in cynical and halfhearted figures as well as true believers.

But when the church itself is unhealthy or poorly led, a plan to start its revitalization with secular political actors and cultural Christianity — with Donald Trump and Eric Zemmour, presumably — seems destined for disappointment.

And here I think the analogy to the new progressivism especially fails. What gets called “wokeness” is particularly powerful among elites, yes, but the shift in attitudes on, say, racism is broader than that; if similar numbers of previously secular Americans were suddenly endorsing Christian doctrine we would rightly call it a revival. Well before it began to impose itself on the doubtful and reluctant, the new progressivism ascended — first within the church-like structures of academia, and then in liberal culture more broadly — precisely because it had conviction on its side, as against the more careerist and soulless aspects of liberal meritocracy.

Social justice activists did not triumph, in other words, by first getting an opportunistically woke politician elected president and having her impose their doctrines by fiat. Their cultural advance has had political assistance, but it began with that most ancient power — the power of belief.

Which is also how Christian renewal has usually proceeded in the past. The politically powerful play a part, the half-believing come along, but it was the Dominicans and Franciscans who made the High Middle Ages, the Jesuits who drove the Counter-Reformation, the apostles and martyrs who spread the faith before Roman emperors adopted it.

It’s been that way from the very start. Kings eventually bowed before the crucifix, but in the worlds of the wisest Dominican, Thomas Aquinas, “the most efficacious argument” for Christ’s divinity is that “without the support of the secular power he has changed the whole world.”

And so this Christmas, in our parish and every church around the world, we begin again. Whatever world-changing power we might seek, whatever influence we might hope to wield, starts with the ancient prayer: Lord, I believe; help my unbelief.