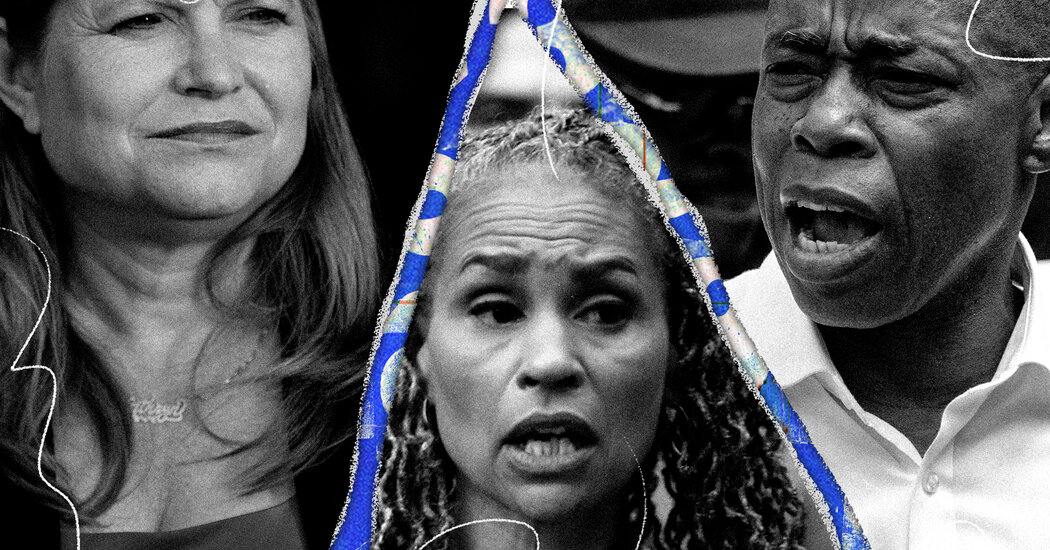 In the New York mayoral primary this week, hundreds of thousands of voters headed to the polls to cast a different kind of ballot, becoming subjects in what NBC’s Steve Kornacki called the largest-ever American experiment in ranked-choice voting.

The largest, but not the first: Four states used the ranked-choice system for party primaries in the 2020 presidential election. Maine became the first state to use the system in the general election, too, and has since been joined by Alaska, which will use it in next year’s Senate race.

Why is ranked-choice voting having a moment, and can it really change American politics for the better, as its proponents claim? Here’s what people are saying.

Most U.S. elections use a plurality system, also known as winner-take-all: The candidate with the largest share of votes wins, even if that share is less than half. But in a ranked-choice system, voters select a number of candidates in order of preference.

Ranked-choice voting is also known as instant-runoff voting. In conventional runoffs, the top two candidates from an initial round face off at a later date. Critics of this system note that turnout often drops between initial elections and runoffs; a ranked-choice system, by contrast, requires only one trip to the ballot box.

Why is ranked-choice gaining converts?

Ranked-choice voting isn’t as novel as it may seem to most Americans: Several countries, including Ireland and Australia, have used the system in nationwide elections for years. Even in the United States, it has a long history. “Several cities adopted it throughout the 1920s and 1930s,” Amanda Zoch of the National Conference of State Legislatures noted last year. “The system fell out of favor in the 1950s” — in part because at the time ranked-choice counting had to be done by hand — “until a resurgence of use by cities in the last two decades.”

In recent years, organizations like the nonprofit FairVote have championed ranked-choice as a solution to what they perceive as the unfairness and dysfunction of American elections. Why?

Majority rule: In a winner-take-all election with more than two candidates, a candidate can triumph even with less than a majority of the votes. FairVote notes that this happened in nine of the 11 Maine governor’s races between 1994 and 2014. In a ranked-choice system, candidates in theory can win only with support from a majority of the electorate.

A solution to the “spoiler effect”: Winner-take-all elections are notoriously vulnerable to vote splitting. In 2000, for example, the third-party candidacy of Ralph Nader was widely seen as costing Al Gore the presidency. But in a ranked-choice system, the theory goes, progressive voters could have listed Nader first and Gore second. If Nader had failed to finish in the top two, the final round of the election would have reallocated those votes to Gore. Even in elections where it doesn’t change the outcome, a ranked-choice system allows voters to more freely express their preferences without the worry of “wasting” their vote.

A corrective to polarization: Some proponents say that by favoring consensus picks, ranked-choice voting would pull elections back from the extremes — particularly low-turnout party primaries, where fringe candidates with a small base of support can rise above a divided field.

More civil elections: Ranked-choice voting creates an incentive for candidates to form coalitions, potentially discouraging negative campaigning. “We’re so used to the winner-take-all approach of cutthroat politics in New York,” Ron T. Kim, a member of the New York State Assembly, told The Nation. “Ranked-choice voting completely disrupts the toxic cycle from the inside out. The candidates themselves are much more collaborative because they recognize that they need to be ranked [two, three or four among their opponents] to have a chance at winning.”

Why the system is flawed

In elections with more than two candidates, no voting method is perfect, as the economist and Nobel laureate Kenneth Arrow theorized some 70 years ago. So what are the weaknesses of ranked-choice?

It’s not immune to producing strange results: Ranked-choice voting does do a good job of preventing fringe candidates from spoiling elections. But in more competitive races, the one-by-one candidate elimination can end up eliminating most voters’ second choice, paving the way for a less broadly popular winner. This happened in a Vermont mayoral election in 2009, when a three-way race featuring a Republican, a Democrat and a Progressive resulted in a Progressive victory, even though the Democrat would have beaten the other two candidates in head-to-head contests. A similar dynamic could come into play in Alaska’s Senate election next year, as The Times’s David Leonhardt explains.

Majority rule — sometimes: Ranked-choice voting doesn’t always produce a winner with a majority of the electorate’s support. How? Some voters’ ranked candidates all get eliminated before the final round, which means they have no say in the choice between the winner and the runner-up. This phenomenon, known as ballot exhaustion, is fairly common: Of the 128 U.S. ranked-choice elections that moved to at least a second round of counting, only 64 ended up producing a winner with support from a majority of all voters, according to FairVote.

It’s more complicated: Because ranked-choice voting is unfamiliar to most Americans, some argue it could confuse voters and discourage participation. Several Black members of New York’s City Council attempted to block the adoption of ranked-choice last year for that reason. “Some progressive white folks got together in a room and thought this would be good, but it’s not good for our community,” Hazel Dukes, the president of the N.A.A.C.P.’s New York state chapter, told The Times last year.

Others found the argument insulting. “Let me say it plainly,” said Bertha Lewis, president of the Black Institute. “Black voters are not stupid.” Interviews with New York voters this week suggest that the fears of confusion and disenfranchisement may indeed have been overblown.

Still, it remains to be seen whether ranked-choice voting will deliver on its promise of transformative change. Take the claims about its potential to produce more civil campaigns: “The system may give life to more strident candidates hoping to siphon first-place ballots from extreme voters who will give second preference to whichever major party is closest to them,” Simon Waxman, a former managing editor of Boston Review, wrote in 2016. “This could result in more comity between the major-party candidates, as fringier competitors blot the airwaves with attacks. Or it might produce strategic coalitions sniping at each other, leaving us effectively back where we started.”

It’s also not uncommon in ranked-choice races for candidates to use the system to sow doubt about election integrity, as the mayoral candidate Eric Adams has done: When two of his rivals campaigned together in opposition to him last weekend, Adams baselessly characterized the alliance as an effort to disenfranchise Black voters. “No one is going to steal the election from me,” he said.

Such tactics reflect a problem not so much with ranked-choice voting per se so much as with American politics. But they get to the heart of a broader critique of the push for its adoption: When a democracy is ailing, there’s only so much technocratic fixes can do to heal it.

“In the midst of a presidential campaign that has unmasked deep and dangerous fissures in American politics, concerned citizens are looking to procedural minutiae as their savior,” Waxman wrote five years ago. “It is difficult to avoid the conclusion that voters are grasping for a solution as simple as the problem is daunting.”

“The Rules of the Game: A New Electoral System” [The New York Review of Books]

Here’s what a reader had to say about the last debate: Did the coronavirus come from a lab?

Christopher Miller, 74, emeritus professor of biochemistry at Brandeis University: “I remain as uncertain as most biomedical scientists as to the validity of the lab-leak theory, but your excellent report did not explicitly refer to Nicholas Wade’s recent analysis of the issue. In particular, I don’t accept the dismissals by several virologists of Wade’s argument that the double CGG arginine codon in the furin-cleavage site indicates human engineering of the viral genome. … Wade never claimed that this codon is ‘absent’ in the SARS-2 genome — one reason for dismissing his arguments — simply that it would be extremely rare to find two of these in tandem if this was a natural sequence, but would be a plausible strategy for boosting expression of spike protein if it had been engineered in gain-of-function experiments.”