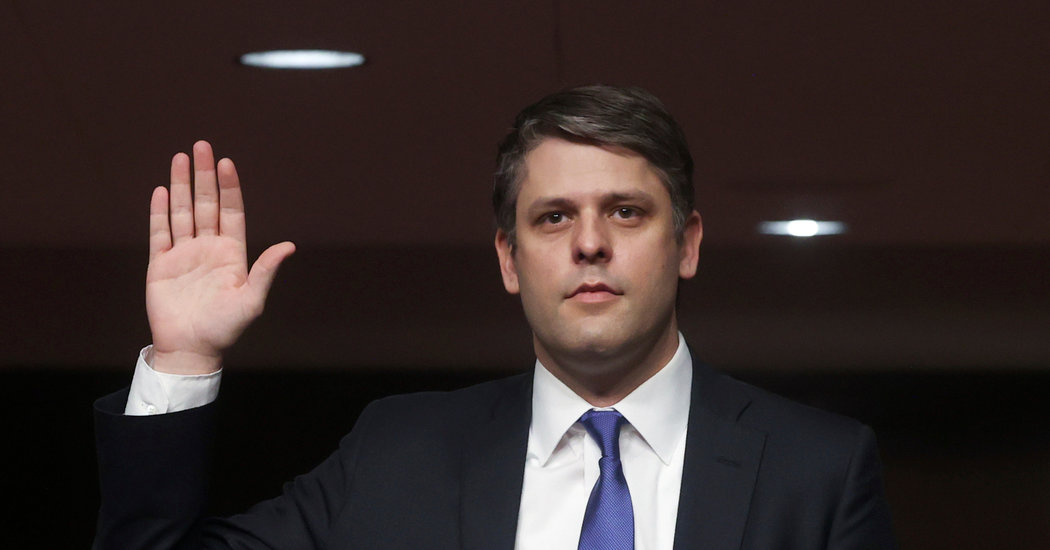 WASHINGTON — Chief Justice John G. Roberts Jr. on Friday turned down a request from the chief judge of the United States Court of Appeals for the District of Columbia Circuit to designate another court to conduct an ethics inquiry into the circumstances surrounding a retirement from what is widely viewed as the second-most important court in the nation.

In response to the request from Judge Sri Srinivasan, the circuit’s chief judge, a legal adviser to Chief Justice Roberts said the request from last Friday did not meet the standards for transferring the inquiry to another judicial circuit to pursue.

The issue arose from a March complaint filed by the progressive advocacy group Demand Justice, which asked the appeals court to determine whether political influence had inappropriately figured into the decision by Judge Thomas B. Griffith to retire, creating an election-year slot on the influential appeals court.

The complaint noted that Senator Mitch McConnell, Republican of Kentucky and the majority leader, had been encouraging eligible appeals court judges to retire so they could be replaced this year while Republicans still held the White House and Senate. In Judge Griffith’s case, his decision to step down opened the way for President Trump to nominate Judge Justin Walker, 37, a federal district court judge in Kentucky who is a protégé of Mr. McConnell’s. Judge Walker’s confirmation hearing was Wednesday, a month after Mr. Trump named him.

In his order seeking the transfer, Judge Srinivasan said that he had not looked into the underlying claims in the complaint, but he cited guidelines that recommend judges take up such allegations if they are “high-visibility,” in part to reassure the public that they have not been ignored. He asked that it be investigated by neutral judges on another circuit since the complaint centered on current and future members of the District of Columbia court.

After the request to the chief justice became public, Judge Griffith issued a statement saying that no political pressure had been put on to him to leave the bench and that he was retiring to assist an ill family member.

The Friday letter from Jeffrey P. Minear, counselor to the chief justice, said that Judge Srinivasan’s request did not provide probable cause to move forward, and that “a transfer of the matter is not appropriate at this juncture of the proceeding.”