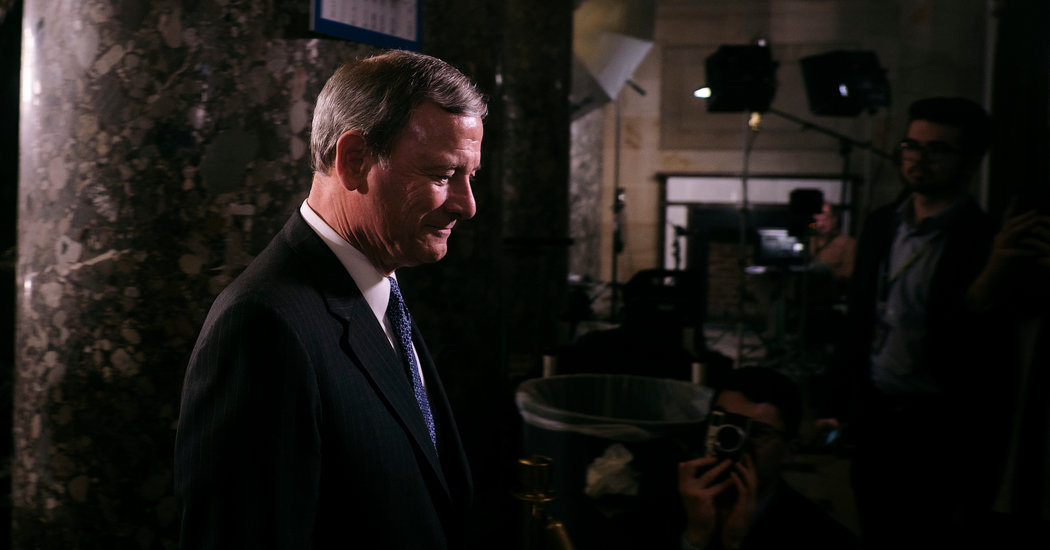 WASHINGTON — Chief Justice John G. Roberts Jr. sustained a head injury last month that required a night at the hospital, a spokeswoman for the Supreme Court said on Tuesday.

“The chief justice was treated at a local hospital on June 21 for an injury to his forehead sustained in a fall while walking for exercise near his home,” the spokeswoman, Kathleen Arberg, said in a statement.

“The injury required sutures, and out of an abundance of caution, he stayed in the hospital overnight and was discharged the next morning,” Ms. Arberg said. “His doctors ruled out a seizure. They believe the fall was likely due to lightheadedness caused by dehydration.”

The incident was first reported by The Washington Post, which said it had made inquiries after receiving a tip that Chief Justice Roberts had been seen at a Maryland country club bleeding from his head.

Other members of the court, notably Justice Ruth Bader Ginsburg, have volunteered information about health setbacks requiring hospitalization. Chief Justice Roberts did not disclose his fall until The Post asked.

The chief justice has twice had seizures, in 1993 and 2007, but Ms. Arberg’s statement said his latest fall had not been caused by one.

The last seizure happened at the chief justice’s summer home in Maine. At the time, the court described the episode as a “benign idiopathic seizure,” one that could be a sign of epilepsy. The incident was similar to one he experienced 14 years before, the court’s news release at the time said. Idiopathic means that the cause of the seizure remained unknown.

Chief Justice Roberts is 65 and appeared to be in vigorous good health when the court last heard arguments in March.

The chief justice has been busy, as the court has been working to issue major decisions in the middle of the coronavirus pandemic. He has emerged this term as the median justice, casting the decisive votes in all of the court’s closely divided decisions, including ones on L.G.B.T.Q. rights, young immigrants known as Dreamers and abortion.

The court is expected to issue its final five decisions of the term in the coming days. They include cases on whether President Trump can block the release of financial records sought by Congress and by New York prosecutors.