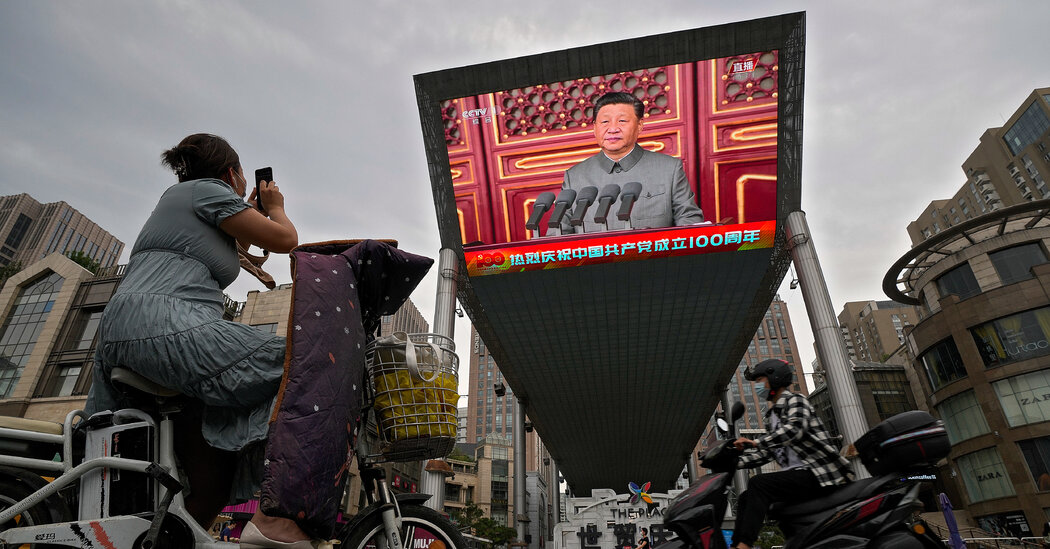 Ever since Deng Xiaoping opened China to the world in the late 1970s, many in the West wanted to see the country succeed, because we thought China — despite its brutal authoritarian political structure — was on a path to a more open economy and society. Alas, President Xi Jinping has reversed steps in that direction in ways that could pose a real danger to China’s future development and a real danger to the rest of the world.

Everything Xi is doing today is eroding trust among Chinese and foreign entrepreneurs about what the rules of business are now inside China, while at the same time eroding trust abroad that China — having swallowed Hong Kong — won’t soon move on Taiwan, which could trigger a direct conflict with the U.S.

While I don’t want Xi’s hard-line strategy to succeed — that would pose a danger to every free country and economy in the Pacific — I also don’t want China to fail or fracture. We’re talking about a country of 1.4 billion people whose destabilization would affect everything from the air you breathe to the cost of your shoes to the interest rate for the mortgage on your house. It’s a real dilemma. Alas, though, I don’t think Xi realizes just how much uncertainty his recent behavior has injected — inside and outside China.

For those of you who have not been keeping score at home, let me explain by starting with a question: What would you have thought if you’d looked at this newspaper in 2008, a year after the Apple iPhone was released, and the front-page headline said that Steve Jobs had disappeared? There would be millions of searches on Google: “Where is Steve Jobs?”

Well, if China has a Steve Jobs equivalent it’s Jack Ma, the co-founder of the e-retail giant Alibaba. Has anyone seen Ma lately? I guarantee you that more than a few people have asked Google this year, “Where is Jack Ma?”

Although news reports said that Ma had surfaced briefly in Hong Kong, there has also been talk that he may have been under some kind of house confinement during the last year. Ever since Ma gave a speech in October 2020 that criticized China’s financial regulators, Xi has cracked down on Alibaba’s global empire and blocked what would have been a record initial public offering of an affiliate company set to have taken place last November.

It was as if Xi said: “You know, if I have to choose either having Alibaba, Tencent, Baidu and all the other Chinese tech giants be global champions — with their own massive financial and data resources but growing beyond the grasp of the Chinese Communist Party — or having them be second-tier companies under my control, I’ll choose door No. 2.”

Xi has clearly watched how Western tech companies have exacerbated social tensions in their societies, widened income gaps and established monopolies that can dominate governments — and he wants none of that unfettered capitalism for China. I get that. But making their founders vanish? More than a few young Chinese innovators have to be asking themselves: “What’s my future here? What are the new rules?”

A second story: After the Australian foreign minister, Marise Payne, expressed support last April for an independent investigation into the origins of the coronavirus pandemic, China reacted by slashing its imports of Australian barley, beef, wine and coal. Really? It was an absurd, bullying overreaction that every one of China’s Pacific neighbors noted.

Then, two weeks ago, China sent 150 People’s Liberation Army aircraft to probe the airspace near Taiwan, just the latest reminder that China is seriously laying the groundwork to seize Taiwan by force. You should be afraid.

But so should Beijing. Because this bullying behavior could be a huge miscalculation by Xi — for many reasons, but none more than this: semiconductors.

Yup, those little chips that are the building blocks of the 21st-century digital economy are a hidden underbelly of this drama.

Taiwan is an austere rock in a typhoon-laden sea with 24 million people. But this little island has — by universal acclaim — the most sophisticated microchip manufacturer in the world, Taiwan Semiconductor Manufacturing Company, or TSMC.

About 100 miles away, across the straits, is mainland China, with 1.4 billion people. They are the same ethnicity, speak the same language and eat the same food as the people of Taiwan. But they have never been able to master the manufacture of the most advanced logic chips that TSMC makes.

TSMC is the world’s largest contract manufacturer of microchips, owning some 50 percent of the market, though Dan Wang, a technology analyst at research firm Gavekal, said in March of TSMC’s market share, “I think that still understates how important it is, because these are some of the most advanced chips out there.”

Indeed, TSMC and its South Korean rival Samsung have the only foundries in the world able to make the most advanced 5-nanometer chips, and TSMC is expected to begin next-generation 3-nanometer chips in 2022. The smaller the chip’s transistors, the more brain power you can pack onto it. China’s biggest chip maker, Semiconductor Manufacturing International Corporation, is not even close. It is mainly competing at 28 nanometers and just starting to produce some 14-nanometer chips.

I recently spent time in Silicon Valley asking U.S. chip designers what is the secret of TSMC’s sauce that China cannot replicate.

TSMC is a semiconductor foundry, meaning it builds the chips that lots of different companies design — particularly Apple, Qualcomm, Nvidia, AMD and even Intel. Over the years, TSMC has built an amazing ecosystem of trusted partners that share their intellectual property with TSMC to build their proprietary chips. At the same time, leading tool companies — like America’s Applied Materials and the Netherlands’ ASML — are happy to sell their best chip-making tools to TSMC. This ensures that the company is always on the cutting edge of the material science and lithography that go into building and etching the base of every semiconductor.

And since it is the main supplier of chips for Apple products, TSMC is constantly being pushed to go beyond the frontiers of innovation to accommodate Apple’s nonstop and short product cycles for new phones and iPads. It forces the whole TSMC ecosystem to get better and better, faster and faster. So TSMC’s costs keep going down, the value of its ecosystem keeps going up and the number of people who can join and benefit from it keeps getting wider and wider.

“TSMC always acted like a start-up — it was driven — and it was always synthesizing the best of everyone,” explained Steve Blank, a semiconductor innovator, who runs a course at Stanford on the geopolitics of advanced technologies. Intel, America’s premier chip maker, kind of lost its way, making everything by itself and for itself, added Blank. “So it did not have customers pushing it, because Intel was its own customer, and as a result it became complacent.” Pat Gelsinger, Intel’s new C.E.O., has begun to reverse that.

I used to worry that Xi’s big idea — “Made in China 2025,” his plan to dominate all the new 21st-century technologies — would leave the West in the dust. But I worry a little less now. I have great respect for China’s manufacturing prowess. Its homegrown chip industry is still good enough to do a lot of serious innovation, supercomputing and machine learning.

But the biggest thing you learn from studying the chip industry is that all its most advanced technologies today are so complex — requiring so many inputs and super-sophisticated equipment — that no one has the best of every category, so you need a lot of trusted partners.

And if China thinks it can get around that by seizing Taiwan just to get hold of TSMC, that would be a fool’s errand. Many of the key machines and chemicals TSMC uses to make chips are from America and the European Union, and that flow would immediately be shut down.

Nope, you can’t make the best chips in the world today without silicon or trusted partners. And everything that Xi is doing — from Australia to Taiwan to Jack Ma — is driving them away. As one U.S. chip executive said to me of Xi, “The Chinese have replicated and mimicked,” but they have never created the kind of ecosystem like TSMC’s, “because there is no trust.”