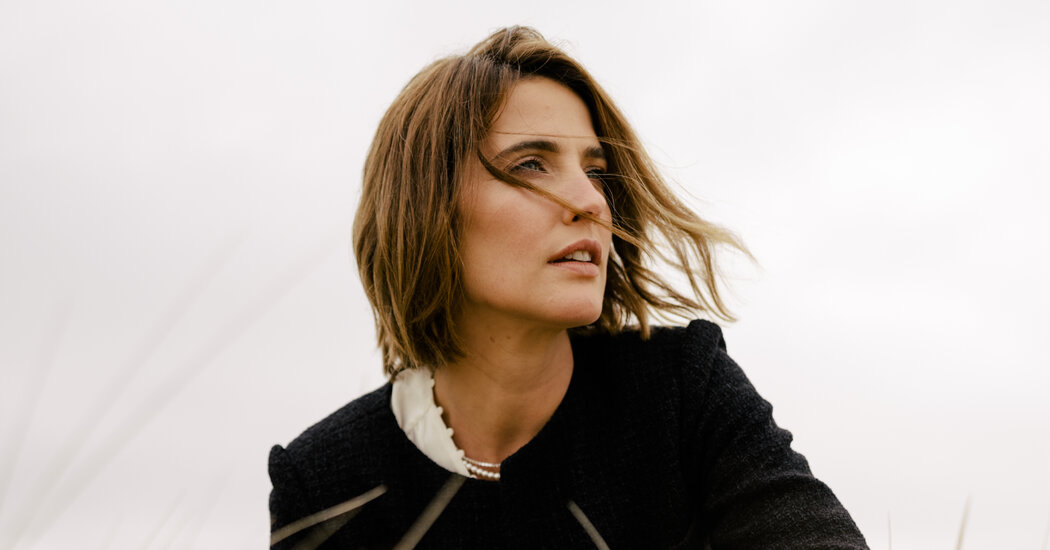 She plays a deliciously coldblooded Ann Coulter in “Impeachment.”

A white shark nudged closer, gliding just above the actress Cobie Smulders, like a fan asking for a selfie. Ms. Smulders welcomed the intrusion. “This is cool,” she said, rapt, as the shark slid past in the waters of the New York Aquarium.

Ms. Smulders, adored for her nine seasons on the sitcom “How I Met Your Mother,” has loved aquariums for as long as she can remember. As a mermaid-obsessed child in British Columbia, she visited the Vancouver aquarium often and spent weekends on her father’s sailboat, wondering about the life below the water’s surface. The University of Victoria accepted her to its marine biology program.

An avid scuba diver and an ambassador for Oceana, a nonprofit dedicated to protecting and restoring the world’s oceans, Ms. Smulders never gave up on the water. She participates in beach cleanups near the Los Angeles home she shares with her husband, the actor Taran Killam, and their two daughters. And she campaigns against the single-use plastics that clog waterways.

“It’s a human conversation that needs to be talked about more loudly,” she said.

She still has mermaid fantasies. “I still think it could be a possibility,” she said. And she still loves aquariums, though only those that favor conservation.

On a recent trip to New York City to promote the FX limited series “Impeachment: American Crime Story,” she took a car to Coney Island to visit the aquarium’s shark exhibit.

She breezed in from the boardwalk just before noon, showing her vaccine card to a giddy employee. “I thought I recognized you!” the woman said as she checked Ms. Smulders’s ID. Rather than dressing for the beach, Ms. Smulders had chosen a monochrome look: belted black Chanel blazer, black jeans and black boots with stamped metal buckles that shone in the October sunlight. Pearls plucked from some very talented oysters hugged her neck.

In the first building, she cooed over yellow snappers and pointed out some angelfish, then admired the stripes on some zebrafish. “Mother Nature knows what’s up,” she said approvingly.

A cow nose ray caught her eye, as did a yellow rose goby. “I want to be the person who gets to name these,” she said. “You can have a lot of fun with that job.”

Ms. Smulders, 39, seems to have fun with most jobs. On “Impeachment,” which revisits the impeachment of Bill Clinton, she plays the right-wing pundit Ann Coulter, a member of the Elves, a group of conservative lawyers who advised Paula Jones’s team.

With hair like a Westminster-winning Afghan hound, legs like the Eiffel Tower and a voice as clipped and polished as a high-end manicure, her version of Ms. Coulter finds pleasure everywhere she goes, usually because she brings multiple bottles of wine along. And yet she remains as coldblooded as the aquarium’s sharks.

“You’re all too nice,” her Ms. Coulter says of her fellow Elves during a late-night strategy scene.

Initially, Ms. Smulders had resisted the role. The “Impeachment” producers had approached her a few weeks before the 2020 presidential election, the first in which Ms. Smulders, a proud Canadian who recently became an American citizen, could vote. Ms. Smulders votes a liberal ticket, so sharing head space with Ms. Coulter, who has written books such as “Treason: Liberal Treachery from the Cold War to the War on Terrorism,” didn’t seem healthy or fun.

But Mr. Killam was already attached to the series as Steve Jones, Paula Jones’s husband. And “Stumptown,” the moody procedural on ABC in which Ms. Smulders starred, was canceled because of the pandemic, freeing up her schedule.

In the shark building, which Ms. Smulders had entered after passing a harbor seal (“Hi, friend!”) and a waddling penguin (“You can do it, buddy!”), it was clear where the power lay. Crawling into a tunnel just past the coral reef section, she marveled at the zebra sharks and bamboo sharks swimming just inches away. “I want to set up a little cot in there,” she said when she emerged. “Waking up to that? Heaven! Heaven!”

Not everyone enjoys intimate encounters with fish that might find you delicious, but Ms. Smulders does. On a recent family trip to Oahu, she went for a cage dive with huge Galápagos sharks. “That was a crazy thing,” she said. She enjoys humbler marine life, too. Polyps are an obsession, as is algae, which has a mutualistic relationship with reefs.

Further into the shark exhibit, past a re-creation of a shipwreck, Ms. Smulders stopped at Hudson Canyon’s Edge, a dramatic wall of water. She admired the rays, floating past like cheerful ghosts, and a whiskered fish that swam beneath them. “I love a little mustache on a fish,” she said. A loggerhead cruised by, pausing to admire her Tod’s bag. Sharks surrounded her, some of them grinning toothily. Ms. Smulders smiled at each predator.

“Isn’t it just so peaceful here?” she said.