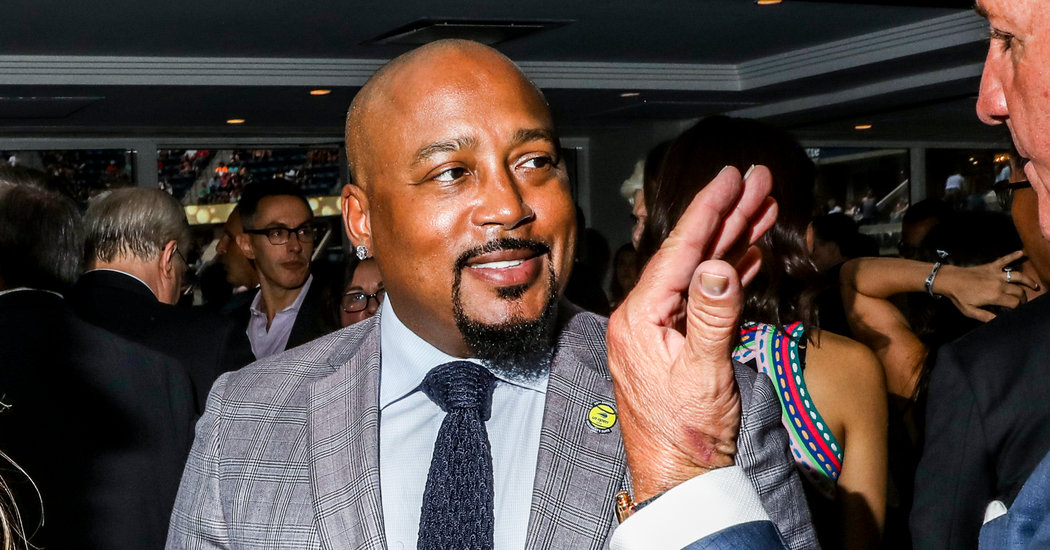 Florida officials, desperate to find N95 masks to protect health care workers from the coronavirus, arranged a deal last month from an unusual source: Daymond John, a star of the reality show “Shark Tank” and a founder of the street wear company Fubu.

The deal has since been scrapped. But the company that makes the masks, 3M, is now questioning the arrangement, saying that Mr. John’s firm, The Shark Group, was not an authorized distributor and appeared to have been trying to sell the masks at a significantly inflated price.

Under the deal, the Florida Division of Emergency Management had agreed to pay The Shark Group, Mr. John’s branding and consulting firm, $7 million for one million N95 masks.

At $7 a piece, the price was more than five times the $1.27 price listed for that particular kind of N95 mask manufactured by 3M. The deal, first reported by The Miami Herald, was canceled last month, Florida officials said.

The company said in a statement that it was “not aware of how The Shark Group would gain access to our respirators as it is not an authorized distributor of 3M products or one of our channel partners.” It added that 3M’s list prices “are far lower than what appears to have been offered to the State of Florida.”

The statement added: “3M is filing lawsuits in cases where third parties use the company’s name, brand or trademark to engage in price gouging of N95 respirators and other illegal and unethical behavior. We have no knowledge of whether that occurred in this situation. We are happy, though, to assist law enforcement authorities if they wish to look into this matter.”

A spokesman for the Florida attorney general said on Wednesday that the office did not have enough information to comment on the matter.

In a statement on Wednesday, Mr. John criticized news media reports about the deal and defended his involvement.

“Let me be clear,” he wrote, “proper reporting would have shown I did not set any prices and that my team worked with the State of Florida to: 1. Save lives 2. Help vet the overwhelming amount of incoming PPE offerings based on my manufacturing expertise and guide them how to best do this 3. Play a pivotal role to stop pricing gouging, and successfully identify potential fraud and theft of PPE product to protect taxpayers funds.”

A copy of the purchase order indicated that the law firm Foley & Lardner would serve as an escrow agent, holding the money until the masks had been delivered. One of the signers of the order was Joe Jacquot, the general counsel for Gov. Ron DeSantis of Florida, and a former partner at Foley & Lardner, according to The Miami Herald. Mr. Jacquot did not immediately respond to an email seeking comment.

“Foley & Lardner has never been in the business of buying and selling face masks,” he said. “We have no relationship to the seller or interest in the purchase price.”

Mr. John wrote that The Shark Group “was serving as an intermediary to vet the numerous 3M distributors and to protect Florida taxpayers, while establishing escrow protections that allowed the State to conduct proper due diligence before finalizing its purchase of masks.”

Jared Moskowitz, the director of Florida’s Division of Emergency Management, defended the deal on Wednesday, retweeting a copy of Mr. John’s statement and writing that he supported it.

“Thank you @TheSharkDaymond for trying to help me save lives,” Mr. Moskowitz wrote. “We will continue to do everything we can to help our doctors and nurses, the hero’s on the front line.”

Mr. Moskowitz told The Miami Herald that he signed the deal after previous attempts to buy the masks had collapsed.

“This was not somebody off the street, this was Daymond John,” Mr. Moskowitz said. “He came to me and said, ‘I’ve been in the clothing business — I have connections with factories in China.’”

This month, Mr. DeSantis expressed frustration that unnamed vendors that had agreed to sell masks to the state did not deliver, as promised. He called the process “shady as hell.”

The deal with Mr. John’s firm came as prosecutors across the country have vowed to crack down on price gougers and profiteers who have taken advantage of the pandemic.

On April 10, federal officials charged Christopher Parris, 39, of Atlanta, with fraud after they said he tried to sell millions of nonexistent respirator masks to the government. The Justice Department accused Mr. Parris of making a series of fraudulent misrepresentations to secure orders that would have totaled more than $750 million from the Department of Veterans Affairs for 125 million face masks and other personal protective equipment.