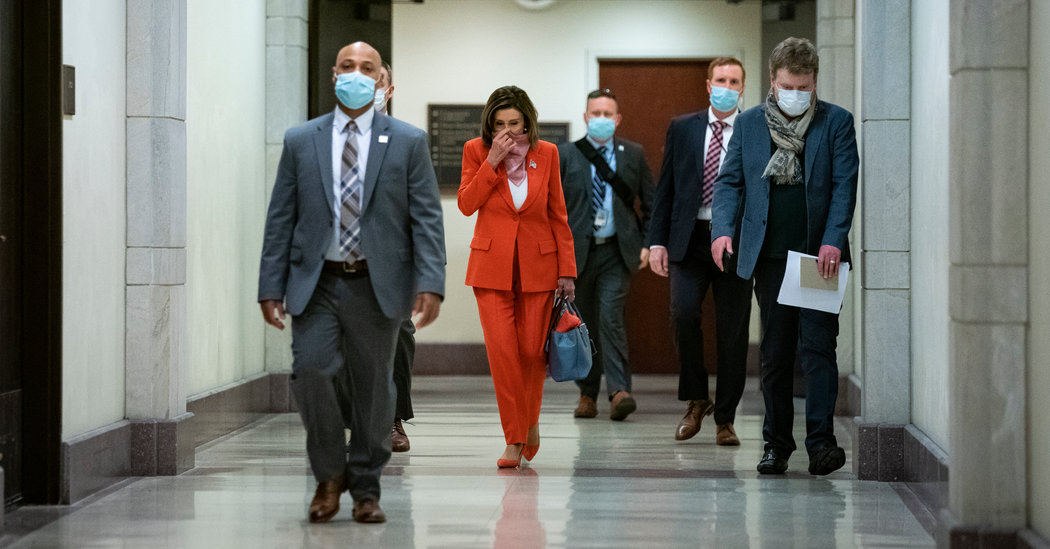 WASHINGTON — There is a growing list of detailed plans for how the federal government can bring the United States economy safely out of lockdown and back on a path to normalcy amid the coronavirus pandemic. Congress is not following any of them.

Instead, lawmakers who have spent the past two months rushing to respond to a public health and economic emergency with a series of ever-larger taxpayer-financed spending packages appear to be locked in a reactive cycle, as the toll and financial costs of the virus mount. They are placing an array of expensive bandages on a gaping wound, leaning on the hope that the economy will soon recover but offering no real blueprint for what to do if the recession lingers for months or more.

The approach could prove far more expensive and less effective than an ambitious, considered strategy for addressing the pandemic. But partisan divisions have made agreeing on such a plan all but impossible in Congress, which by its nature is better at responding to crises than preventing them or mapping paths to recovery.

The $484 billion relief measure that President Trump signed on Friday is a vivid example. The impetus was an emergency: The small-business loan program created by the stimulus law ran out of money days after it was enacted, as distressed companies sought forgivable loans to help keep their operations humming. So Congress swooped in with $320 billion to refill its coffers. That would not have been necessary had lawmakers heeded original calls to devote far more money to small-business relief in the initial $2.2 trillion stimulus law.

The measure also contained $75 billion for hospitals and $25 billion for testing — but neither sum comes close to what experts project will be needed, which many of its proponents conceded.

Congressional leaders have not funded the significant scale-up in testing and tracing of Americans that experts say is necessary to give consumers and workers confidence to return to something resembling normal life while the virus still poses a deadly threat. Nor have they settled on a strategy to keep aid flowing should the virus continue to suppress economic activity through the summer and beyond. Those decisions could have damaging consequences — by not spending more on testing today, lawmakers could find themselves under pressure to continue support for people and businesses indefinitely.

Now, Republicans and Democrats are clashing over the scope and timing of the next aid package — particularly whether it should contain relief for state and local governments whose budget pictures are dire — with no action expected until May. Republican lawmakers signaled they were returning to concerns about how much Congress was adding to the national debt with all of its government spending.

“It’s time to begin to consult with experts — people who make a living doing this kind of thing — and weigh the impact of all of this,” Senator Mitch McConnell of Kentucky, the majority leader, said in an interview. “Knowing full well this is necessary, nevertheless, that doesn’t mean you close your eyes to the impact you may be having on the country’s financial viability in the coming years.”

The Congressional Budget Office said Friday that it expected economic pain from the crisis to persist for years to come, even though it believed that activity would begin to rebound in the second half of the year.

The budget office also projected the federal budget deficit would hit $3.7 trillion for the 2020 fiscal year, which would be its largest size as a share of the economy since World War II. By the end of September, when the fiscal year concludes, the size of the national debt is projected to exceed the annual output of the economy.

Several groups of experts have put forth plans to minimize that damage and hasten the reopening of the economy, most of which rely on Congress approving significantly more spending on widespread testing for the coronavirus.

Danielle Allen, the director of Harvard’s Edmond J. Safra Center for Ethics, said Congress had fallen well short of the $50 billion to $300 billion that her group said would be needed to fund 20 million tests a day — the amount her organization said would be required to “fully remobilize the economy” by August.

The Nobel Prize-winning economist Paul Romer wants the country to be able to test every American for the virus once every two weeks, which works out to 25 million tests per day. He has called for $100 billion to begin building that capacity, four times what was in the law that Mr. Trump signed on Friday.

“No one is talking about the number I’m talking about,” Mr. Romer said, but he welcomed the progress. “This is a case of, the more the better. We should take anything we can get, in terms of tests.”

If the government is unable to scale up testing to the degree that experts are calling for, economists warn there is a good chance unemployment will remain high and thousands of businesses stay at risk of failing, putting pressure on lawmakers to continue building on what is quickly approaching $3 trillion in relief packages. That will undoubtedly provoke a partisan fight.

With simmering frustration from their left flank over a perceived failure to secure more concessions from Republicans, Democrats have signaled that they will work to ensure that the next package includes more substantial policy changes and funding. Republicans have previously rejected a number of those suggestions, including federal protections for front-line health workers, an expansion of food assistance, election security funding and another round of aid to state and local governments.

At a news conference on Friday, Speaker Nancy Pelosi said the House would not approve any future legislation without additional funding for state and local governments, adding that she would like funding to be on par with the nearly $700 billion that has now been directed toward small businesses.

“There will be a bill and it will be expensive,” she said. “And we look forward to doing it as soon as possible, because jobs are at stake.”

Senator Josh Hawley, Republican of Missouri, has spent the month working to build support for his proposal to preserve the country’s work force, which would have the federal government directly cover 80 percent of wages through refundable payroll tax rebates and provide rehiring bonuses for the duration of the pandemic.

“It’s unprecedented times,” he said in an interview on Friday. “We’ve got to be bold in getting the country back up on its feet.”

“At the end of the day, what senators and congressmen and women will respond to is their constituents,” he added. “There’s certainly a dawning bipartisan awareness that the depth of the economic crisis we find ourselves in is very deep indeed.”