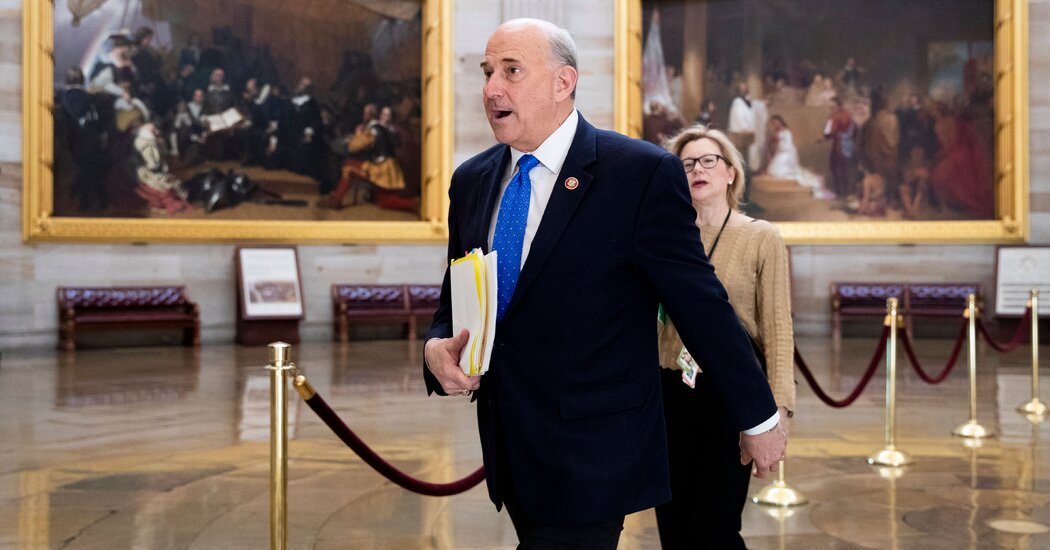 But something about the diagnosis of Mr. Gohmert, who has belligerently flouted public health recommendations such as mask wearing and social distancing, prompted a convulsion of rage on Capitol Hill.

From maintenance workers to legislative aides, employees came forward with anonymous accounts of how the patchwork of precautions — each lawmaker’s office operates with its own rules — and cavalier behavior by some members was endangering the thousands of people who keep the Capitol complex running. In addition to the lawmakers and members of their staff who have been infected, around 90 workers in support roles such as the Capitol Police and the Architect of the Capitol, are known to have contracted the virus.

Many lawmakers are approaching the pandemic with appropriate seriousness: running skeleton crews in their offices, encouraging masks and following social distancing guidelines.

Others are not. Some are ignoring public health advice for political reasons, while others seem to believe the virus cannot touch them. Representative Clay Higgins, Republican of Louisiana, told CNN that wearing a mask was “part of the dehumanization of the children of God.”

This sort of denial leads to unnecessary tragedy, as was driven home by the death of Herman Cain. The former pizza magnate and Republican presidential candidate tested positive for the coronavirus nine days after attending President Trump’s June 20 campaign rally in Tulsa, Okla. — where he was shown in a number of photos sitting close to other attendees without a mask.

Elected officials have a particular responsibility both to model responsible behavior during this pandemic and to take extra precautions so they don’t become super spreaders. Put another way, when a lawmaker behaves like a “ding dong,” as one Republican aide said of Mr. Gohmert, he puts everyone at risk.

The danger extends far beyond Capitol Hill. Members of Congress have an essential and unusually public, mobile job. In any given week, hundreds of members jet back and forth across the country, some to coronavirus hot spots. Representative Kay Granger is currently self-quarantining after sitting next to a non-masked Mr. Gohmert on a flight back to Washington from their home state of Texas on July 26. Representative Raúl Grijalva, Democrat of Arizona, has been self-quarantining as well, after chairing a hearing on July 28 that Mr. Gohmert attended, at times unmasked. On Saturday, Mr. Grijalva announced that he had tested positive for the virus. Who knows how many other people Mr. Gohmert may have potentially exposed?

In response to the Gohmert news, congressional leaders reminded members of the safety protocols already in place. The House speaker, Nancy Pelosi, went further, tightening the rules on mask wearing to require face coverings on the chamber floor and inside the House office buildings. (Mask wearing has been mandatory in committee hearings since mid-June.) Those who fail to comply can be denied entry or removed by security.

This is a welcome, if belated, step. But that may not be enough. For one thing, Mr. Gohmert’s experience has led to renewed calls by members and staff workers to implement a testing regimen on the Hill. That’s an important next step.

In May, as Congress was figuring out how to safely get back up and running, the idea of testing members was considered as one possible piece of the puzzle. The White House offered to provide 1,000 rapid-response tests and machines for processing.

Leadership in both chambers rejected the offer. “Our country’s testing capacities are continuing to scale up nationwide and Congress wants to keep directing resources to the front-line facilities where they can do the most good the most quickly,” read a joint statement from Ms. Pelosi and Mitch McConnell, the Senate majority leader.

Neither leader has changed their position in the intervening months. Mr. McConnell, who has declined to impose mask requirements for the Senate, continues to maintain that the current protocols are working. Understandably, neither leader wants members to look as though they are affording themselves privileges still not available in most workplaces.

But Congress is not an ordinary workplace. As the attending physician for the House noted in June, “The Congress has unique risks in that individuals attending the Congress do not represent a gathering of regional citizens but an intra-National assembly of individuals traveling from areas of variable disease activity to assemble in Washington, D.C.”

Senator Roy Blunt, the Missouri Republican, recently characterized lawmakers, with all their traveling, “the perfect petri dish for how you spread a disease.”

Testing skeptics also cite the logistical challenges of setting up such a testing program. Who would get tested? Just members? How often would they be tested? Would it be mandatory? How would it be enforced?

Working out these details would of course be challenging, and no system would eliminate risk entirely. But one cannot allow the perfect to be the enemy of the good.

This spring, the House minority leader, Kevin McCarthy, looked into a preliminary testing plan. One suggestion from the experts he consulted was to focus on members and staff members scheduled to participate in hearings or other meetings requiring prolonged contact with others. Likewise, Hill employees who face a higher risk of exposure probably ought to be prioritized.

More ambitious plans include testing members every week or two, before they fly back to their home districts.

Some lawmakers have been publicly pushing testing for months, including Mr. McCarthy and Senator Lamar Alexander, the Tennessee Republican. Other members are now joining that call. Steny Hoyer, the House majority leader, said in the wake of the Gohmert diagnosis that the question of mandatory testing ought to be revisited.

Mr. Blunt said he is pursuing the issue as well. “I’ve been advocating for a couple months that we test everybody and start with people who are traveling,” he told reporters.

Congress members are influential figures, and in this time of crisis they ought to be leading by example. By taking steps to protect themselves, their staff members and their constituents, lawmakers can send a signal about the seriousness of this situation to a confused and weary public.