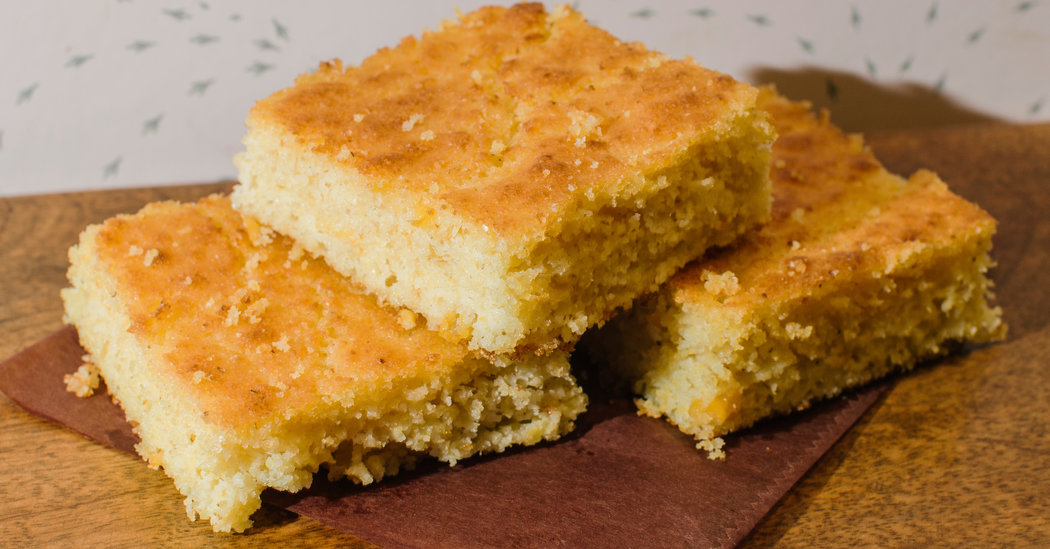 NASHVILLE — The obsession started back in the fall, long before the coronavirus pandemic, when I bought a copy of Anne Byrn’s new cookbook, “Skillet Love,” to give to my brother-in-law, Harry, for Christmas. During his single years, Harry always spent the holidays with us, and he always made a happy fuss over my cornbread, which of course I make in a cast-iron skillet. (If you are making cornbread in anything other than a cast-iron skillet, stop right now.) Eventually Harry bought his own skillet and learned to make cornbread himself. Eventually, too, he remarried. I am not saying that good cornbread leads to marriage, but I’m not saying it doesn’t either.

Harry and Stephanie couldn’t come for Christmas this year, and I never got around to mailing their present. (“Never got around to” being code for “fell in love with that cookbook and decided to keep it.”) Ms. Byrn, a Nashville writer better known as the Cake Mix Doctor, is famous for shortcut cooking with laborious-looking results. I am not a person who normally finds it soothing to cook, and I like a shortcut almost as much as my mother did. (No one welcomed the advent of Hamburger Helper more than Olivia Renkl.) “Skillet Love” is a cookbook that makes getting supper on the table easy but doesn’t involve a flavor packet full of chemicals. Win-win.

Win-win-win, actually, for a cast-iron skillet used is a cast-iron skillet made better. The trick is to avoid cooking anything acidic in it, to wash it gently in lukewarm water — or better yet, to wipe it out using no water at all — and then to dry it with a lint-free rag. To prevent rust, rub a thin coat of oil into the pan before storing. The oil bonds to the iron when it’s heated, improving the pan’s easy-release layer with every use. Well-seasoned cast iron is of its very nature a nonstick pan.

I’d been gradually replacing all the chemically coated nonstick cookware in our kitchen for some time anyway, for both health and environmental reasons: The fumes from the chemical coating are so toxic they will kill pet birds (perhaps you’ve heard of the canary in the coal mine?), and those chemicals have helped to turn my beloved Tennessee River into one of the most polluted waterways in the world. A cast-iron skillet addresses both problems, and I had three of them in my cupboard.

Suddenly, I was casting a gimlet eye on everything else in the house. What other retro solutions would beat out contemporary “improvements”? How else could I return to the old ways and so make the new ways better? Bar soap was a no-brainer. So was switching back to laundry powder. And why use a drip coffee maker that heats water in plastic when an old-style percolator makes better coffee without any plastic parts at all? A percolator was the soundtrack of my childhood. The sound of safety.

I think that’s why I keep coming back to cast iron, too. The more meals I cooked in my skillet, the more I found myself fantasizing about cornmeal muffins baked in a cast-iron muffin tin, for no reason I could explain. I finally ordered a set of tins from Lodge Cast Iron, a company based in South Pittsburg, Tenn. While it’s easy to find Lodge skillets at retail outlets, their muffin tins are harder to track down, so I went right to the source. These were tins I remembered from my grandmother’s kitchen.

To any half-awake person who grew up in Alabama during the 1960s, cultural history holds no nostalgia. But lately, it’s been dawning on me that nostalgia for my own family’s history must be a big part of why I keep returning to my cast-iron roots during this season of troubles. As the entire country judders to a halt in the face of a pandemic that our leaders have been slow to acknowledge and slower still to address, it sometimes seems as though the world is coming to an end. And a person wants her mother — all her mothers, in all their forms — when the world is coming to an end.

The matriarchs in my family surely thought the world was ending more than once, but they came through two world wars and a Great Depression anyway. They survived pandemics in a place with no hospital. With no ambulances and no ventilators and no vaccines and no antibiotics. There was often terrible suffering and unimaginable loss, but it was not the end of the world, and this is not the end of the world, either.

My great-grandmother died when I was in college, taking her recipe for lacy corn cakes with her to the grave, and my grandmother and my mother are gone now, too. Still, I feel them nearby whenever I take a skillet full of cornbread out of the oven. Whatever else is happening outside my windows, whatever struggles are still ahead, just the sight of that golden disk of buttery goodness can make me feel a tiny bit better.

Margaret Renkl (@MargaretRenkl) is a contributing opinion writer who covers flora, fauna, politics and culture in the American South. She is the author of the book “Late Migrations: A Natural History of Love and Loss.”