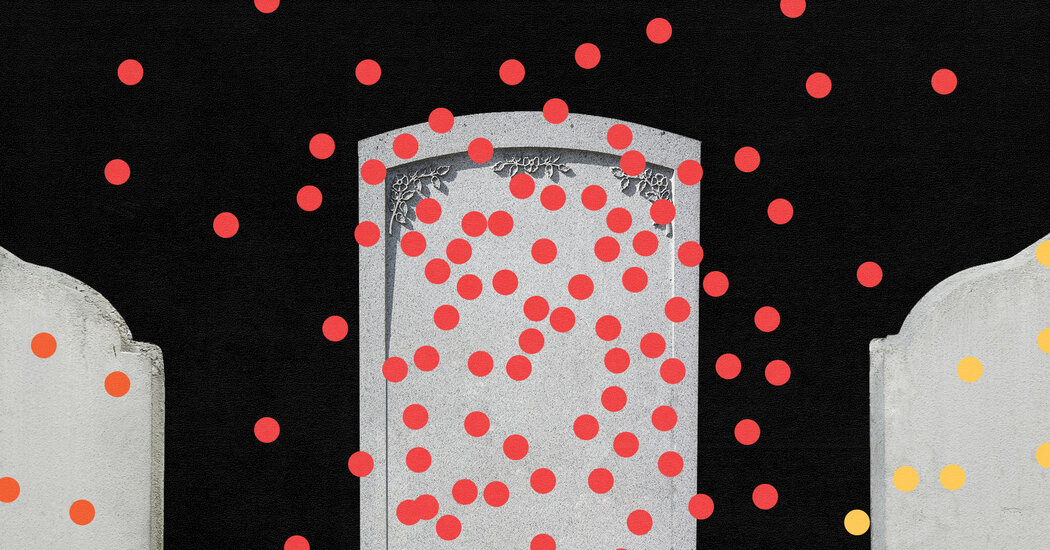 If world leaders don’t act now, the end of the Covid pandemic may come with a horrible form of herd immunity, as more transmissible variants that are taking hold around the world kill millions.

In countries with widespread vaccination, like the United States and Britain, we can expect that Covid cases, hospitalizations and deaths will continue to decline or stay low, especially because lab tests and real world experience show that vaccines appear to defend recipients well against the severe effects of both variants.

For much of the rest of the world, though, this even more transmissible new variant could be catastrophic.

The evidence is not yet conclusive because the data is preliminary and figuring out if a variant is more transmissible isn’t easy. It could be spreading rapidly in an area because of chance. Maybe it got there before other variants and found a susceptible population, or got lucky and seeded a mega-cluster. If a variant is seen more frequently in a country’s genomic databases it could just be because travelers, who are often tested more routinely, are bringing it in from another country where it is already dominant.

One key measure that’s been used in previous outbreaks to figure out if a variant was more transmissible was to look at “secondary attack rates” in non-travel settings — how many people who come into close contact with an infected person get the virus themselves. The greater the number of these contacts getting the virus, on average, the greater the likelihood that a variant’s transmissibility is greater.

Data on secondary attack rates released on Saturday by a British public health agency similar to our own Centers for Disease Control and Prevention suggests that this variant first seen in India may be substantially more transmissible among close contacts than even the already highly transmissible B.1.1.7. A report published by the same agency on Thursday further supports last week’s findings. It was just such early data that raised alarms about B.1.1.7, with later information confirming those early fears.

Adam Kucharski, an epidemiologist with the London School of Hygiene and Tropical Medicine, also told me that the faster spread in areas of Britain with higher levels of the variant suggests it has higher transmissibility. This point seems to be backed up by the terrible outbreaks in India and neighboring Nepal, where it is also widespread. Given how limited genetic identification is in those countries, the data from Britain is particularly useful for assessing the risk.

A variant with higher transmissibility is a huge danger to people without immunity either from vaccination or prior infection, even if the variant is no more deadly than previous versions of the virus. Residents of countries like Taiwan or Vietnam that had almost completely kept out the pandemic, and countries like India and Nepal that had fared relatively well until recently, have fairly little immunity, and are largely unvaccinated. A more transmissible variant can burn through such an immunologically naïve population very fast.

Increased transmissibility is an exponential threat. If a virus that could previously infect three people on average can now infect four, it looks like a small increase. Yet if you start with just two infected people in both scenarios, just 10 iterations later, the former will have caused about 40,000 cases while the latter will be more than 524,000, a nearly 13-fold difference.

Morally and practically, this emergency demands immediate action: widespread vaccination of those most vulnerable where the threat is greatest.

Waiving vaccine patents is fine, but unless it’s tied to a process that actually increases the supply of vaccines, it’s a little bit more than expressing thoughts and prayers after a tragedy. Officials from all nations that produce vaccines need to gather for an emergency meeting immediately to decide how to commandeer whatever excess capacity they have to produce more, through whatever means necessary. Because of the threat of increased transmissibility, and since the evidence at hand indicates that all of the vaccines, even the Chinese and Russian versions, appear to be highly effective against severe disease or worse, the focus should be on manufacturing and distributing the highest number of doses possible as fast as possible.

If the choice is between no vaccine and any vaccine, the precedence should go to whatever can be manufactured fastest, regardless of patents, nation of origin, or countries prioritizing their allies or wannabe allies.

Vaccine supplies need to be diverted now to where the crisis is the worst, if necessary away from the wealthy countries that have purchased most of the supply. It is, of course, understandable that every nation wants to vaccinate its own first, but a country with high levels of vaccination, especially among its more vulnerable populations, can hold things off, especially if they also had big outbreaks before. In addition, excess stockpiles can go where they are needed without even slowing down existing vaccination programs.

Right now, Covax, the global alliance for vaccine equity, does not have enough vaccines to distribute, and what supply it does get is allocated according to national population, not the seriousness of outbreaks. This needs to change. Our fire department needs more water, and should direct it to where the fire is burning, not to every house on the street.

The responses could vary. The elderly and health care workers could be prioritized wherever a crisis is worst. Dose-sparing strategies could be applied — delaying boosters has been successful in Britain and Canada when they faced surges. The details can be decided by the global health authorities.

If there is a reasonable possibility that the world faces a mounting threat, it’s best to intervene as early and aggressively as possible, because even a few weeks of delay could make a huge difference. Waiting for definitive evidence of transmissibility could allow the variant to rampage — besides, if fears prove unfounded then the world would still be better off for being more vaccinated. And any solution, even if imperfect, is better than waiting for the perfect setup or the most conclusive evidence.

As Dr. Kucharski told me, it’s now entirely possible that most Covid deaths could occur after there are enough vaccines to protect those most at risk globally. Britain had more daily Covid-related deaths during the surge involving B.1.1.7 than in the first wave, when there was less understanding of how to treat the disease and far fewer therapeutics that later helped cut mortality rates. Even after the vaccination campaign began, B.1.1.7 kept spreading rapidly among the unvaccinated. A similar pattern was observed in much of Eastern Europe as well.

Even if it is determined the transmissibility of B.1.617.2 isn’t as bad as feared, the emergency is still there.

The kind of catastrophic outbreak like the one in India can cause many more needless deaths simply by overwhelming our resources. Already, there are reports that countries ranging from Nepal to Philippines to South Africa to Nigeria may face supplemental oxygen shortages of the kind seen in India. This pathogen has one fatality rate when oxygen is available as a therapy and one when it is not, and it would be an unspeakable tragedy to suffer the latter in the second year of the pandemic.

Like all pandemics, this one will end either with millions — maybe billions — being infected or being vaccinated. This time, world leaders have a choice, but little time to make that choice before it is made for them.

The Times is committed to publishing a diversity of letters to the editor. We’d like to hear what you think about this or any of our articles. Here are some tips. And here’s our email: lett[email protected].