Skip to content
Maybe the most surprising thing about The Closer is how many people are watching it.

It’s a question one can ask at any time, but perhaps this week more than most: What is happening at Netflix? After months of losing cultural ground to rivals like HBO Max and Disney+, the streaming giant currently has two shows—Squid Game and Dave Chappelle’s comedy special, The Closer—dominating the zeitgeist. It should be on top of the world. Yet it can’t manage to stay out of the mess. 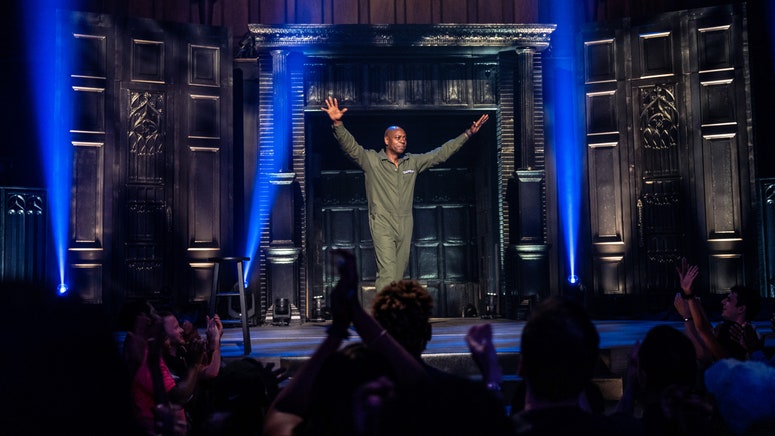 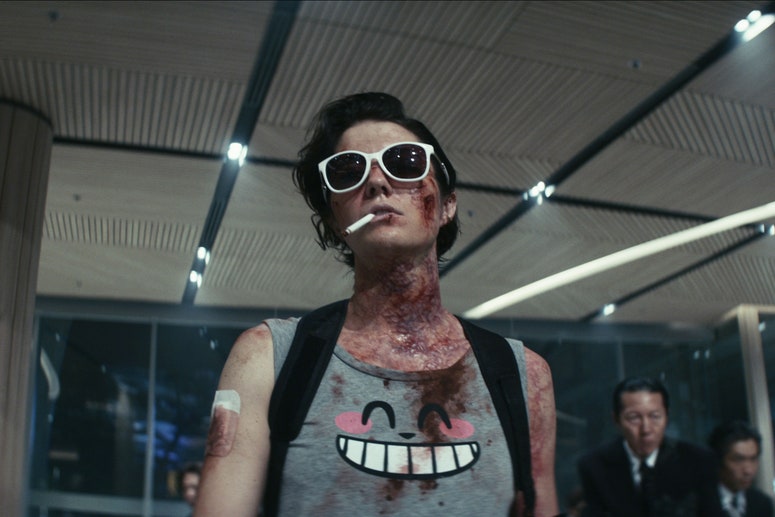 Trailer
With Kate, Netflix Is Still Looking for Its Own John Wick 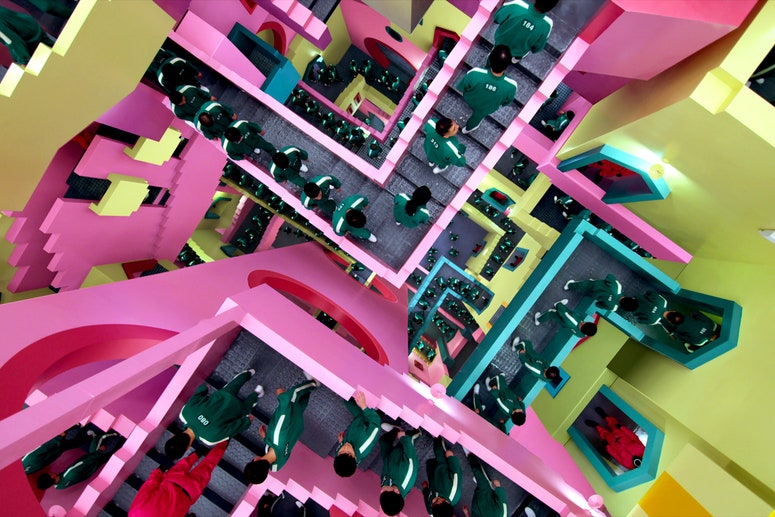 The bulk of it started last week when the service launched The Closer. Like previous Chappelle stand-up specials, it immediately shot to the top of the streamer’s charts. Also like some of his previous specials, it did not arrive without blowback—this time, for the comedian’s lengthy commentary on trans people. (We won’t repeat it here, but suffice to say many in the trans community found his comments hurtful and harmful.) After the show launched, several folks—including Netflix employees—decried the streaming service’s choice to offer the special. In response, company co-CEO Ted Sarandos sent a memo, obtained by Variety, to the staff stating that “you should be aware that some talent may join third parties in asking us to remove the show in the coming days, which we are not going to do.”

This response is not wholly surprising—Netflix has stood by controversial content and creators before—but what’s interesting was Sarandos’ reasoning. “Chappelle is one of the most popular stand-up comedians today, and we have a long-standing deal with him,” he wrote. “As with our other talent, we work hard to support their creative freedom—even though this means there will always be content on Netflix some people believe is harmful.” He cited movies like Cuties and shows like 13 Reasons Why as examples.

Popularity, of course, is the company’s whole deal. But sometimes it’s specials like The Closer that are popular, and sometimes its shows like Squid Game, which just this week hit 111 million viewers in 17 days, making it Netflix’s “biggest ever series at launch.” One, Squid Game, is, yes, bleak, but also fiction—if anything, its dystopian view is a counter-intuitive escape. The other, Chappelle’s special, is about real people living real lives—and it illustrates what can happen in the pursuit of crowd-pleasing. These are, perhaps, some of the best and worst outcomes of Netflix’s quest to retain as many viewers as possible.

The reason a show like The Closer can grab as much attention as a show like Squid Game is simple: People sometimes like content that is harmful to others. Thousands, if not millions, will vote for anti-LGBTQ candidates, and the same amount of them will watch content with similar viewpoints. (And enjoy it—The Closer currently has a 96 percent audience score on Rotten Tomatoes while also holding a 43 percent score from critics.) The problem, then, isn’t just that Chapelle is telling jokes about trans people, but that those marginalized people (and their friends, family, and allies) are now in the position of watching so many others laugh at them—and wondering whether that laughter comes with empathy or malice. Sarandos isn’t wrong when he says “distinguishing between commentary and harm is hard, especially with stand-up comedy which exists to push boundaries.” But does a situation have to lead to violence to be harmful, or is contributing to a chorus of anti-trans rhetoric bad enough? Regardless, the fact that those statements are so popular remains unsettling.

It’s possible, of course, that people are watching Chappelle’s show not because they agree, but because they’re curious about the controversy. Very well. I’m not saying millions of viewers watch Squid Game because they like to watch senseless death. If anything, they’re watching for the allegory it presents about the ways that capitalism can strip away humanity. (Yes, this is ironic considering that a show like Squid Game is actually good for Netflix’s business.) Good art has the power to make people uncomfortable in conversation-starting ways. But with The Closer, that conversation can feel lopsided, with Chappelle in what Vulture’s Craig Jenkins called an “endless feedback loop.” (“Dave’s too busy defending millionaires,” Jenkins wrote, “especially himself, to get that it’s quirky to say the LGBTQ community breaks careers during his sixth time devoting a prickly portion of a new special to poking at every corner of the umbrella.”)

Netflix software engineer Terra Field addressed The Closer in a series of tweets last week, saying that the existence of trans people “is funny to [Chappelle]—and when we object to his harm, we’re ‘offended.’” The problem, she continued, is that “this is not an argument with two sides. It is an argument with trans people who want to be alive and people who don’t want us to be.” She completed the thread listing several trans people who have been killed in recent months.

As last week’s discourse moved into this week, reports came out that Field and two other Netflix employees had been suspended. The stated reason was that they attended a meeting they shouldn’t have, and by Tuesday Field was tweeting that she’d been reinstated after it was found there wasn’t any ill intent in her doing so. Netflix employees are still reportedly planning a walkout for October 20 to protest Sarandos’ statements about The Closer.

The outcome of that remains to be seen, but there is a chance the walkout could lead to a broader conversation about comedy and button-pushing within it. Ultimately, that’s what Chappelle seems to want. (“Empathy,” he says, “is bisexual: it goes both ways.”) So much of the conversation about The Closer has been about the harm of the comedian’s words and whether he should have a platform to say them. But Chapelle’s own argument in The Closer focuses more on who the aggressors in the discourse are—comedians, or the social media denizens who call him, and people like him, out. Odds are “both or either” is the answer to that question, but the power dynamics are … complicated. On the one hand, Chappelle is making millions of dollars and the people critiquing him on Twitter are not. Then again, being at the center of an internet outrage cycle isn’t healthy, no matter how much money you have or how culpable you are. Dave Chappelle is fine, and will remain fine. Field says she’s taking time to decompress, but feels “vindicated.” How the scores of viewers who propelled the special to the center of the zeitgeist feel about its message is another matter entirely.