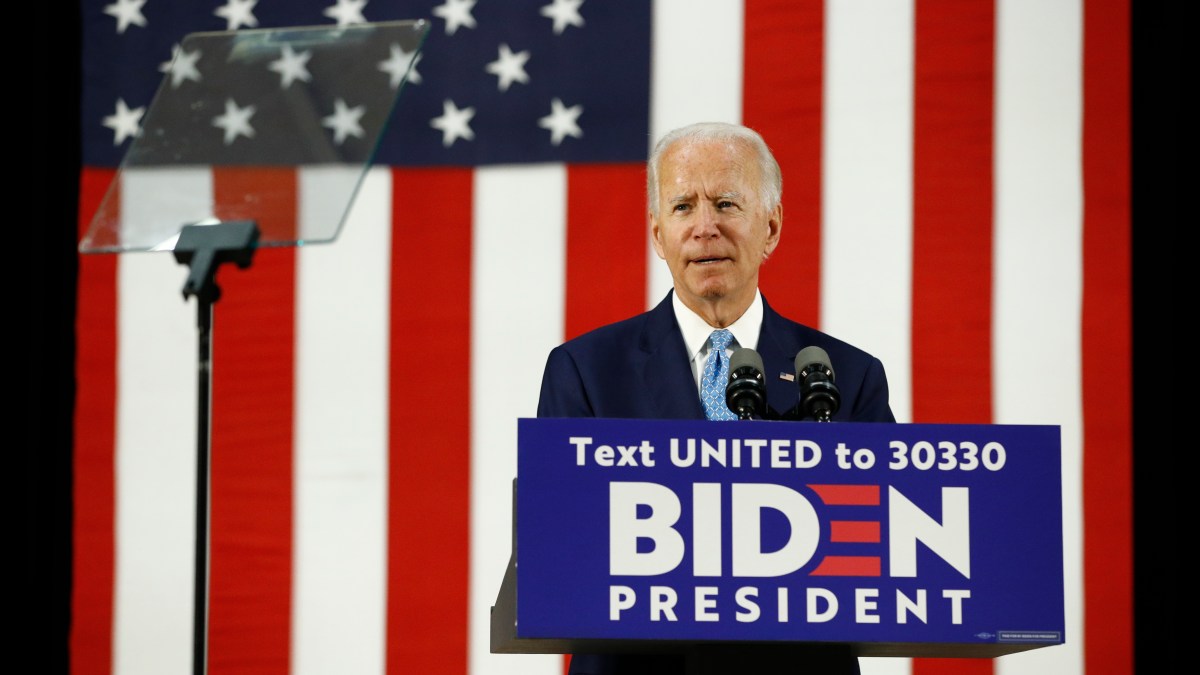 From Mississippi retiring its state flag to local governments removing Confederate statues from public spaces, a bipartisan push across the South is chipping away at reminders of the Civil War and Jim Crow segregation.

Now, during a national reckoning on racism, Democratic Party leaders want those symbolic changes to become part of a fundamental shift at the ballot box.

Many Southern electorates are getting younger, less white and more urban, and thus less likely to embrace President Donald Trump’s white identity politics. Southern Democrats are pairing a demographically diverse slate of candidates for state and congressional offices with presumptive presidential nominee Joe Biden, a 77-year-old white man they believe can appeal to what remains perhaps the nation’s most culturally conservative region.

“There’s so much opportunity for everyone in this region,” said Jaime Harrison, Democratic challenger to South Carolina Sen. Lindsey Graham and a 44-year-old Black man.

Decades of economic development have coaxed new residents to the area. That includes white people from other parts of the country, Black families returning generations after the Great Migration north during the lynching and segregation era, and a growing Latino population. Harrison noted that even younger native Southerners, Black and white, are less wed to hard-partisan identities than their parents and grandparents were.

“Sometimes we get held back by leadership that’s still anchored in old ways,” Harrison said. But “all of these changes are starting to move the dynamics in so many communities. … That’s not to say we’re forgetting our past. But it won’t be the thing that’s dragging us back.”

The November elections will determine the extent of the change, with competitive races in the South affecting the presidency, U.S. Senate control and the balance of power in statehouses from Raleigh, North Carolina, to Austin, Texas.

Democratic victories would redefine policy fights over expanding health insurance access and overhauling criminal justice procedures, among other matters. The general election is also critical because voters will elect the state lawmakers who will draw legislative and congressional boundaries after the 2020 census.

Republicans, for the most part, aren’t as quick as Democrats to frame 2020 as a redefining year. Still, they acknowledge obvious shifts that began with suburban growth in northern Virginia and extended southward down the coastline and westward to Texas.

Biden’s campaign manager, Jen O’Malley Dillon, talks eagerly of “an expanded map” that puts North Carolina and Florida in the same toss-up category as the Great Lakes states that sent Trump to the White House. Georgia and Texas, she adds, will be tighter than they’ve been in decades.

Former Vice President Joe Biden says he is thankful for Thursday’s positive job numbers but says millions of Americans “would still have their jobs if Donald Trump had done his job.”

Buchanan said GOP-run state House chambers in Georgia and Texas are up for grabs, as are Republican U.S. Senate seats in North Carolina, Georgia and perhaps Texas. Senate contests in South Carolina, Alabama and Mississippi could be much closer than typical statewide races in those Deep South states.

“Georgia and the South are changing faster than most people think,” said DuBose Porter, a former Georgia lawmaker and state party chair. “That was happening before Trump,” Porter said, but the president “has accelerated it.”

“Voters align first on principles, then on policy,” Buchanan said.

Democrats see Biden as a party leader who can put a metro-based coalition over the top by mitigating margins beyond big cities and suburbs. “Biden is a safe vessel for these (white) voters who might have been OK with Trump when everything’s going well, but now are just looking for a stable leader who’ll do the right thing,” said Zac McCrary, a Democratic pollster based in Alabama and whose firm is aligned with Biden’s campaign.

If Biden manages the feat, it would bridge the Southern appeals of the last three Democratic presidents. Jimmy Carter and Bill Clinton were native Southerners who, with whiter, less urban electorates, attracted white moderates and Black voters. Carter, for example, styled himself a racial progressive, yet courted Alabama Gov. George Wallace, a former segregationist, in the 1976 primary. Carter won across the South.

White House press secretary Kayleigh McEnany responds to questions about President Donald Trump not directly condemning a video he retweeted that showed one of his supporters saying “white power.” Trump removed the retweet.

Clinton, who won several Southern states in 1992, campaigned seamlessly among Black voters yet made a show of his death penalty support by traveling back to Arkansas during the campaign for the execution of a Black inmate. Obama won North Carolina and Virginia in 2008, leaning more heavily on diverse cities and battleground suburbs.

Biden, putting his needle-threading attempt on display, has noted his list of potential running mates includes “several” Black women. He speaks about centuries of injustice and systemic inequalities, most recently using an Independence Day address to describe American history as a “constant push and pull between two parts of our character, the idea that all men and women — all people — are created equal and the racism that has torn us apart.”

But with civil unrest spurred by the latest police violence against Black Americans, Biden has sought a middle ground, making clear he opposes progressives’ calls to “defund the police.”

Confederate symbols, Biden has argued, should come down, but ideally not through mob action, and he’s drawn distinctions between memorials to traitorous Confederates and those to national founders who owned slaves, including George Washington and Thomas Jefferson. Their monuments, Biden said, should be protected.

McCrary said that approach, with Biden’s center-left positioning on policy, should prevent a white backlash that benefits Trump. Buchanan argued it’s an open question of what uneasy white Southerners choose. “Those voters are still scared about the direction of their country,” he said.

Democrats turned out in big numbers on Super Tuesday and during the March 10 contests, exceeding 2016 levels in most states and setting new records in Virginia and Michigan. Click or tap for the voter numbers

“Almost all of my life, the Confederate flag flew over the state Capitol dome or on the grounds of the Statehouse,” Harrison said. “For my sons, they will have no memory of that.”