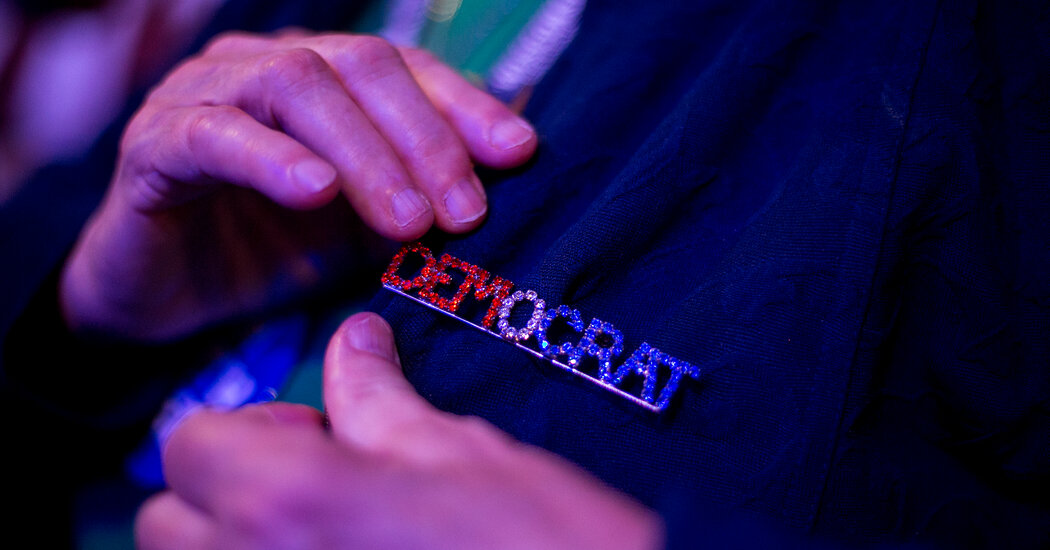 As the Democrats have become more culturally and economically dominant, many people at tippy-top private schools and super-expensive colleges have flamboyantly associated themselves with the oppressed. Thankfully, that has moved society to more aggressively pursue social and racial justice. Unfortunately, a tacit ideology — sometimes called wokeness — has been grafted on to this pursuit.

It includes the notions that society is essentially a zone of conflict between oppressor and oppressed groups, that a person’s identity is predominantly about group identity and that slavery is the defining fact of American history.

Because they dominate the cultural commanding heights, including some departments of education and the largest teachers’ unions, progressive views permeate schools, museums, movies and increasingly the public stances of large corporations.

The Republican Party, like many right-populist parties across the Western world, has become a giant vessel of resistance against cultural, urban and information-age elites. Glenn Youngkin, the Republican who was just elected governor of Virginia, expressed that resistance when he said, “I believe parents should be in charge of their kids’ education.”

When Democrats seem to be magnifying the education establishment’s control of the classroom and minimizing the role of parents, there’s going to be a reaction. Some of the reaction is pure racism, but a lot of it is pushback against elite domination and the tacit ideology.

The results of Tuesday’s elections show again that resistance against the elites can be a powerful force propelling Republicans to victory. In the final weeks leading up to Youngkin’s victory, education became one of the top issues for Virginia voters.

The results also put the Donald Trump phenomenon in a new perspective. Trump was necessary to smash the old G.O.P. and to turn the party into a vanguard of anti-elite resistance. But by 2020, with his moral degradation and all the rest, he was also holding back Republicans. If Republicans can find candidates who oppose the blue oligarchy but without too much Trumpian baggage, they can win over some former Biden voters in places like Virginia and New Jersey.

Democrats would be wise to accept the fact that they have immense social and cultural power, and accept the responsibilities that entails by adopting what I’d call a Whole Nation Progressivism.

America is ferociously divided on economic, regional, racial and creedal lines. The job of leaders is to stand above these divides and seek to heal them. The job of leaders is not to impose their values on everyone else; it is to defend a pluralistic order in which different communities can work out their own values.

From F.D.R. and L.B.J. on down, Democrats have been good at healing economic divides. The watered-down spending bill struggling its way through Congress would be an important step to redistribute resources to people and places that have been left behind.

But Democrats are not good at thinking about culture, even though cultural issues drive our politics. You can’t win a culture war by raising the minimum wage. In fact, if politics are going to be all culture war — as Republicans have tried to make them — I suspect Democrats can’t win it at all.

Democrats need a positive moral vision that would start by rejecting the idea that we are locked into incessant conflict along class, cultural, racial and ideological lines. It would reject all the appurtenances of the culture warrior pose — the us/them thinking, exaggerating the malevolence of the other half of the country, relying on crude essentialist stereotypes to categorize yourself and others.

It would instead offer a vision of unity, unity, unity. That unity is based on a recognition of the complex humanity of each person — that each person is in the act of creating a meaningful life. It would reject racism, the ultimate dehumanizing force, but also reject any act that seeks to control the marketplace of ideas or intimidate those with opposing views. It would reject ideas and movements that seek to reduce complex humans to their group identities. It would stand for racial, economic and ideological integration, and against separatism, criticizing, for example, the way conservatives are often shut out from elite cultural institutions.

Democrats will be outvoted if they are seen to be standing with elite culture warriors against mass culture warriors, or imposing the values of metropolitan centers. On the cultural front especially, they have to be seen as champions of the whole nation.