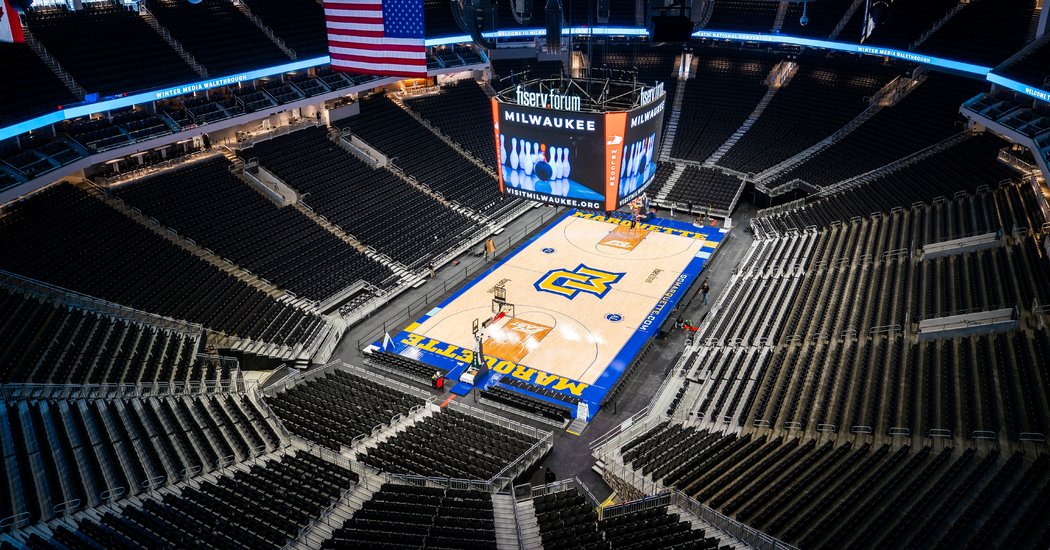 WASHINGTON — The Democratic National Committee on Tuesday will take its first formal step toward allowing a virtual convention, a last-resort measure that party officials have tried to avoid but that appears increasingly likely as the coronavirus’s threat persists.

The party’s rules committee will vote Tuesday on whether to give convention officials the authority to alter the event’s key processes — like switching to remote voting for delegates.

The D.N.C. last month moved its convention, initially set to be held in Milwaukee in mid-July, to late August in the hopes that the pandemic will have subsided enough by then to allow for an in-person celebration of Joseph R. Biden Jr.’s presidential nomination.

Party officials have insisted that some sort of convention will take place in Milwaukee, though it appears less possible by the day that a traditional convention, which attracts tens of thousands of Democratic delegates, journalists and hangers-on, could be safely held in August.

Tuesday’s vote, which is widely expected to pass the party’s Rules and Bylaws Committee, would shift authority to make decisions on issues like remote voting to officials in charge of producing the quadrennial convention. D.N.C. officials emphasized Monday that no decisions had been made about canceling any in-person elements of the convention.

While committee officials have publicly insisted the show will go on, there has been plenty of unsolicited advice from interested parties about how to conduct the convention. In a Friday interview on C-SPAN, Speaker Nancy Pelosi proposed holding the convention in a football stadium so 16,000 people could participate while honoring social distancing requirements of remaining six feet apart.

There is no such stadium in Milwaukee, though nearby football stadiums in Madison and Green Bay could suffice.

Wisconsin has seen some of the nation’s most intense pushback against stay-at-home ordinances, with rallies held in protest last month at the State Capitol in Madison and elsewhere. Gov. Tony Evers, a Democrat, on Monday announced that some small retail stores could open across the state, despite Wisconsin’s not having reached thresholds he had articulated as necessary for allowing public life to resume.

While Democrats have publicly discussed the idea of alternatives to a traditional convention, Republicans have said no such planning has taken place for their nominating event, scheduled for the last week in August in Charlotte, N.C.

Elected officials in North Carolina have expressed doubts that the public health situation there will allow for a convention, but President Trump and his allies at the Republican National Committee have said that it will take place as planned.

The D.N.C.’s rules committee is also expected to approve waivers for five states, including New York, that have moved presidential primaries past June 9, which the party had set as the final day for holding nominating contests.

New York’s Board of Elections had canceled the state’s presidential primary, but last week a federal judge ordered it restored to the June 23 ballot after a lawsuit from the former Democratic presidential candidate Andrew Yang.

Senator Bernie Sanders of Vermont and his supporters vehemently objected to New York’s cancellation of its presidential primary. Sanders supporters can win key slots at the Democratic National Convention if he captures at least 15 percent of the vote statewide or in each congressional district.

New York Democrats formalized the June 23 primary date Monday in a submission to the D.N.C. The waivers the rules committee is expected to approve do not enact any delegate penalties to New York or four other states that have moved past June 9: Delaware, Kentucky, Louisiana and New Jersey.

Connecticut officials moved their state’s primary to August but have not yet sought a waiver from the D.N.C., officials said.