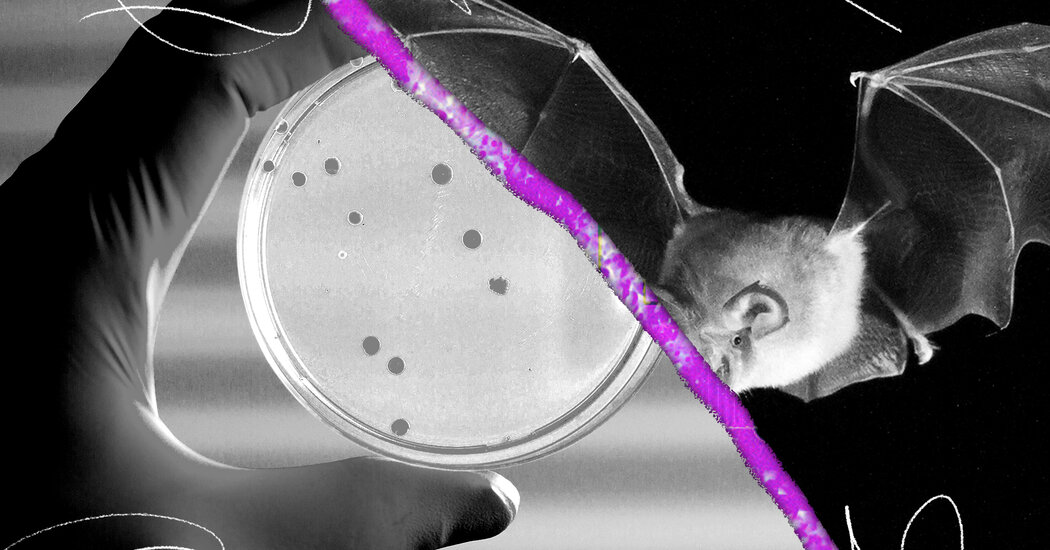 A year and a half later, we still don’t know for certain: How did the Covid-19 pandemic begin?

From the outbreak’s early days, most scientists assumed that the virus, SARS-CoV-2, had jumped from an animal to a person in late 2019, possibly at a meat market in Wuhan, China, the city of 11 million where the first known Covid cases were identified. But in May, The Times reported that U.S. intelligence agencies were investigating another explanation that had been debated for months: that the virus had accidentally escaped from a lab.

How did this idea, once dismissed as a conspiracy theory, become a plausible hypothesis for the virus’s origins? And why now? Here’s what people are saying.

In late January of 2020, after Wuhan was placed under lockdown, The Lancet published a paper by Chinese scientists positing that the virus had come from bats, perhaps by way of another animal at the Wuhan meat market. It remains a reasonable assumption to have made: This kind of animal-to-human transmission, known as zoonotic spillover, is believed to be responsible for two-thirds of human infectious diseases, including Ebola, SARS and many types of the flu.

But in February 2020, two Chinese researchers suggested in a since-withdrawn paper that SARS-CoV-2 had “probably originated” in one of two laboratories — the Wuhan Institute of Virology or the Wuhan Center for Disease Control. Both conduct some of the world’s most extensive research on bat coronaviruses through the collection of cave samples, often yielding important findings: In 2017, an esteemed virologist at the Wuhan Institute, Shi Zhengli, was able to trace SARS, which broke out in 2002, back to a colony of horseshoe bats. Shi went on to publish some of the most important early research on SARS-CoV-2.

There have long been concerns, though, that such intimate study of bat-borne viruses could itself cause a spillover event.

Some believe that Shi’s team was responsible not just for accidentally leaking SARS-CoV-2, but also for creating it. In a controversial study in 2015, a University of North Carolina lab used data from Shi — and funding from the National Institutes of Health — to engineer a coronavirus capable of infecting human airway cells. Some scientists argue that this type of research, known as gain-of-function, is useful for anticipating potential pandemics. But others have criticized it as too risky, stirring speculation about whether SARS-CoV-2 might have been engineered in Dr. Shi’s lab before escaping.

Shi, for her part, has vehemently denied both forms of the lab-leak theory: She told The Times last week that her lab has never conducted gain-of-function experiments to enhance the virulence of viruses. A natural spillover event was also not a possibility, she insisted last July, because there had been “zero infection” of SARS-CoV-2 at the Wuhan Institute. The Wuhan Center has likewise denied any infections.

But China’s refusal to allow an independent investigation has made it difficult to validate these claims. White House officials have stood in the way too, in part out of a desire not to draw attention to the government’s financial ties to the Wuhan Institute and gain-of-function research, Katherine Eban reports for Vanity Fair.

How viable is the lab leak theory, really?

There are certainly some serious scientists who think it’s a possible, even probable explanation. One is David Relman, a Stanford microbiologist, who has been calling for a more thorough investigation of the virus’s origins since last year.

But to many scientists, these details aren’t necessarily reason to doubt the natural origin theory. After all, it took Shi 15 years to discover the source of SARS, and she discovered it hundreds of miles away from where that disease first broke out. Susan Weiss, a virologist and coronavirus expert at the University of Pennsylvania, cites the aphorism about what animal one should expect from the sound of hoofbeats. “You know the thing about horses and zebras,” she told The Washington Post. “Zoonosis is the horse, and the lab leak is the zebra.”

Robert Garry Jr., a Tulane virologist, is similarly convinced of the virus’s natural origin. “I think people are frustrated, and a lot of people are looking for somebody to hang this on,” he told The Post.

Increasingly, though, scientists are expressing uncertainty. “I’m completely open-minded about the possibilities,” Akiko Iwasaki, a Yale immunologist, told The Times. “There’s so little evidence for either of these things, that it’s almost like a tossup.”

And it could very well stay that way. “The maddening aspect of this story is that — despite the big fuss being made right now — the facts on both sides are still incredibly thin,” the science journalist and former Times reporter Donald McNeil Jr. told The Post. “This debate isn’t over, and it won’t be until more facts are unearthed — if they ever are.”

No new hard evidence for the lab leak theory has emerged, but a few events helped propel it back into the mainstream in May, including a letter in Science magazine from 18 scientists calling for a transparent and independent investigation into the origins of SARS-CoV-2. About a week later, The Wall Street Journal reported that according to U.S. intelligence, three researchers at the Wuhan Institute had sought medical care for “symptoms consistent with both Covid-19 and common seasonal illness” in November 2019.

But the lab leak theory has also attracted interest as a cautionary tale about groupthink, political polarization and overlapping crises of expertise. In the United States, one of the theory’s earliest high-profile promoters was Republican Senator Tom Cotton of Arkansas, a China hawk and a loyal ally of former President Donald Trump, who argued in February of 2020 that “China lied” about the origins of the virus and suggested it had come from a “super-lab.” In short order, the Trump administration and his campaign started suggesting the pandemic was a Chinese plot to derail his re-election.

This politicization of the inquiry into the virus’s origins gave rise to a false consensus in parts of the press. “It is understandable that authorities, including public health experts and journalists, responded to the crisis with initial confusion,” the journalist Jonathan Chait writes. “But they erred on the side of certainty when they ought to have erred on the side of uncertainty. And the false certainty they embraced at the outset of 2020 hardened into a dogma that they did not question for far too long.”

Even starker reversals in consensus around masking and aerosol transmission suggest that public-health authorities also have some introspection to do. “Science values possibility, but people value certainty,” Maddie Bender writes in Vice. “So far, science communication hasn’t been able to bridge the two successfully. And during the largest public health crisis of a generation, that disconnect has had disastrous consequences.”

One such consequence is that the lab leak theory has become a political football, both between Democrats and Republicans and between the U.S. and Chinese governments. But if science cannot float above politics, it must hope at least to find a way through it, Relman says, because the stakes for public health are exceedingly high.

“If we find more concrete evidence of a ‘spillover’ event with SARS-CoV-2 passing directly from bat to human, then efforts to understand and manage the bat-human interface need to be significantly strengthened,” he writes. “But if SARS-CoV-2 escaped from a lab to cause the pandemic, it will become critical to understand the chain of events and prevent this from happening again.”

“Why the Lab Leak Theory Matters” [The New York Times]

“The Covid lab-leak hypothesis: what scientists do and don’t know” [Nature]

“Checking Facts Even If One Can’t” [Insight]