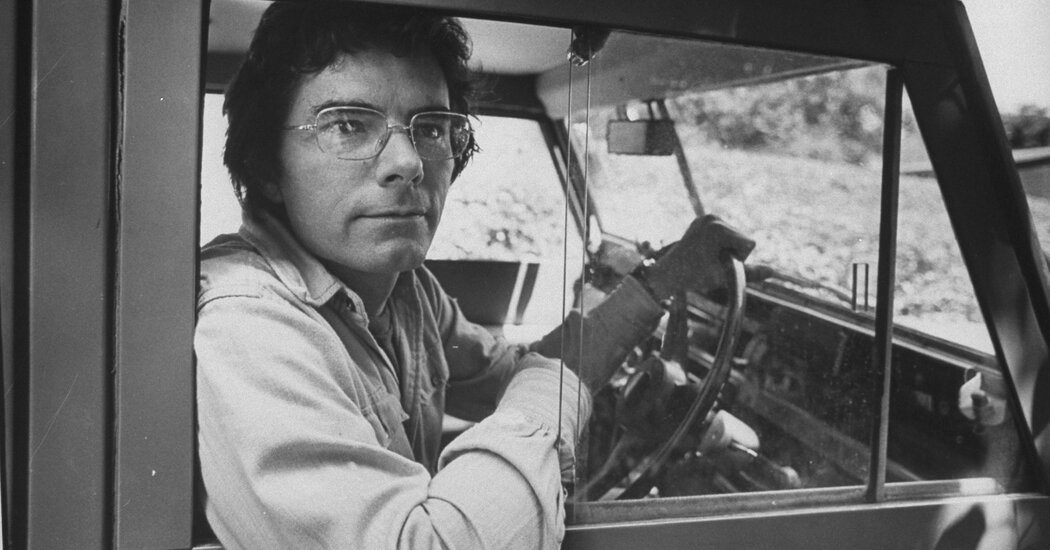 One morning in December 1965, the C.I.A. station chief in Montevideo, Uruguay, went to the city’s Police Headquarters to tell security officials about a disinformation campaign the Americans were planning in their country. Like the rest of Latin America, Uruguay was a Cold War battleground, and Washington was eager to discredit a left-wing insurrection — in this case, by concocting rumors that Soviet agents had infiltrated Uruguayan labor unions. Accompanying the C.I.A. chief was a 30-year-old case officer named Philip Agee, who was helping coordinate the plot.

As the Uruguayans reviewed the C.I.A.’s plans, a soccer match played on the radio. Soon, however, a different noise intruded. “I began to hear a strange low sound which, as it gradually became louder, I recognized as the moan of a human voice,” Agee later wrote. At first, he thought it was a street vendor outside. But the sound persisted, and it became clear that it was coming from the room above.

“The moaning grew in intensity, turning into screams,” Agee wrote. “By then I knew we were listening to someone being tortured.” Agee was already harboring moral qualms about his work, and to his horror, he suspected — correctly, he soon learned — that the voice belonged to a Communist operative whose name Agee himself had supplied to the Uruguayans. “All I wanted to do was get away from the voice,” he recalled.

Agee did get away — far away. He left the Central Intelligence Agency in 1968, and seven years later launched an unprecedented assault on the agency by publishing a book, “Inside the Company,” that revealed the names of more than 400 C.I.A. officers, agents, informants and assets. The book created a crisis for the American intelligence community; with its personnel compromised and its sources and methods exposed, the C.I.A. had to dismantle many of its Latin American operations.

The history of United States intelligence features many leakers, whistle-blowers and even a few traitors. But no one had ever done anything like this before — and, to this day, no one else has. Agee became a celebrity of sorts. His book wrapped its revelations inside a withering critique of American foreign policy, and leftists around the world hailed Agee as a hero. The C.I.A., he wrote, was “nothing more than the secret police of American capitalism, plugging up leaks in the political dam night and day so that shareholders of U.S. companies operating in poor countries can continue enjoying the rip-off.” He was repudiating more than just the C.I.A.; his real target was “the American project writ large,” as Jonathan Stevenson, the managing editor of Survival, argues in “A Drop of Treason,” his new biography of Agee. “He was part of the opposition, but he was no longer loyal,” Stevenson says.

Stevenson’s book seeks to unravel the mix of personal and ideological motives that drove Agee. “His detractors might say he just got mildly disenchanted with C.I.A. work; tried to take the quiet, nontreasonous way out; got frustrated; was seduced by a couple of lefty women; felt the allure of dissident celebrity; and only then became a real dissenter,” Stevenson writes. He rejects that view and casts Agee as “a figure of profound ambivalence and considerable subtlety.” That portrait, however, is undermined by the rigor of the portrayal. The book is remarkably well researched and treats complex issues with admirable clarity. But Stevenson so thoroughly documents Agee’s shallowness and self-regard that his nuanced assessment ultimately seems too charitable.

There is little doubt that Agee grew disgusted with Washington’s hypocritical backing of authoritarian governments. And it is true that Agee took a huge risk without much promise of personal profit. (Some evidence suggests that the C.I.A. at one point plotted to assassinate him.) But his decision to expose the agency came two years after he had ceased working there, during which he grew increasingly bitter owing to a messy divorce and a failed business venture. Moreover, he worked on his tell-all memoir while living in Havana and maintaining contacts with Cuban intelligence officials; Stevenson concurs with other historians who have concluded that Agee became, in essence, a Cuban asset — which, given the nature of the Castro regime, undercut his pose as a principled defender of liberty.

The C.I.A. recovered quickly from the damage Agee had inflicted. He was never charged with a crime because, strange as it may seem, it was not clearly illegal to reveal the identities of intelligence officers when he did so. After a brief period of notoriety, he faded from view, carrying out a peripatetic life on the fringes of international leftism, nursing various grudges. By the time he died, in 2008, he was largely forgotten. Ultimately, despite Stevenson’s efforts to raise the stakes, Agee’s story seems less about moral risk-taking or the wages of dissent than about what might be called the banality of betrayal.

Still, if the book falls short in some ways as biography, it delivers as history. It offers a vivid snapshot of America in the mid-1970s, when the collapse of institutional authority after the Vietnam War and the Watergate scandal was followed not by revolution or reformation but by exhaustion and decadence. As Stevenson writes: “The fierce and euphoric idealism that had arisen in the 1960s was giving way to doubt and paranoia, a kind of creeping corporate co-optation and, ultimately, downbeat social lassitude and introverted resignation.” Agee wanted his actions to be seen through the prism of the earlier moment. He was late to the party, however, and to the extent that his revelations had an impact, it was less to hinder American power than to feed the nihilism that took hold in the country.

Agee’s exposé did contribute to a broader shift, however. The C.I.A. was not just a powerful government agency but also a pillar of the WASP establishment, and Agee’s book appeared at a moment when that bastion of power was already coming under fire and losing its grip. Agee might seem an unlikely anti-establishment figure, but he fits a certain type: the white American man who enjoys access to elite institutions but does not fit the social mold well enough to gain full acceptance, and who comes to resent and turn against the establishment. As Stevenson writes: “He was well bred but not inbred — establishment but not Ivy League, select but not Skull and Bones, an upwardly mobile ecumenical Catholic and not a patrician.” Such class distinctions and their effect on one’s ability to attain status (as opposed to simply money and power) have fed the grievances of many foes of the establishment, including Joseph McCarthy, Richard Nixon — and, more recently, Donald Trump.

Stevenson alludes to Trump a number of times, warning that his depredations have made it more likely that “another Agee could emerge.” Yet the contemporary figure whose story most closely parallels Agee’s is Edward Snowden, the former National Security Agency contractor who publicly revealed the secret collection of Americans’ electronic communications in 2013 — that is, during the Obama administration. And members of the national security establishment already have come forward to reveal Trump’s skulduggery, but they bear little resemblance to Agee: Think of the anonymous C.I.A. whistle-blower whose allegations led to Trump’s first impeachment, or of Alexander Vindman, the Army lieutenant colonel who was a powerful prosecution witness at Trump’s first trial in the Senate. Those officials did not seek to take down what Agee (like Trump) might have seen as “the deep state,” but to protect it. Meanwhile, during Trump’s term, broad sections of the American left carried out a dizzying about-face: Having spent decades criticizing American intelligence agencies in ways that echoed Agee, many liberals now embraced them as defenders of the Republic.

Stevenson is right to conclude, though, that had Agee lived long enough to witness it, he might have felt “pyrrhically vindicated by Trump’s transmogrification of American government.” Agee would have seen the events of recent years as confirming his basic view of America: The elites are venal, the people easily misled, the right ruthless, the left weak and the country in terminal decline. Agee was hardly alone in seeing things that way in the mid-1970s, and he would have plenty of company today. But with any luck, he will prove to be less a prophet than a stopped clock — correct only twice a century or so.