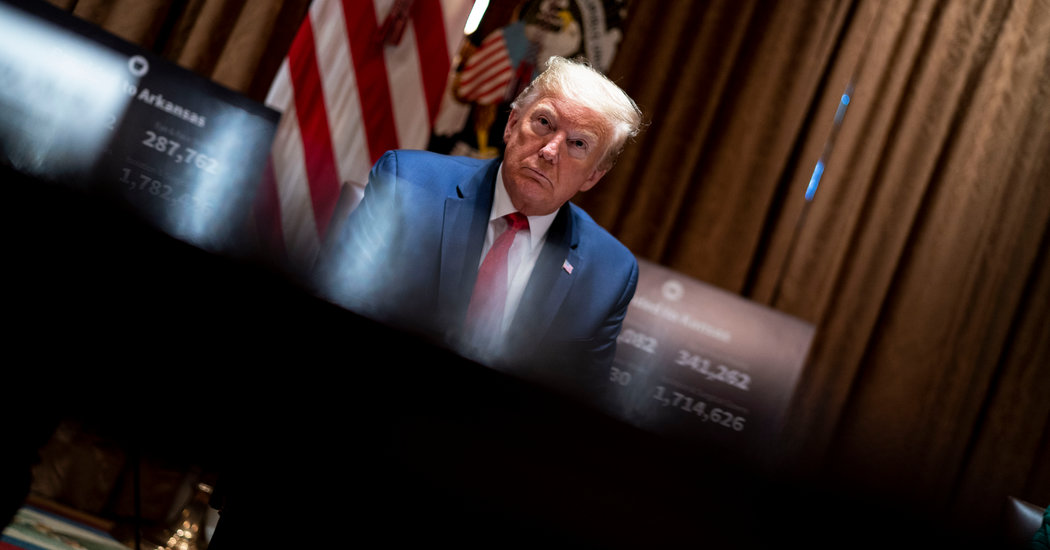 This spring I taught a seminar (via Zoom, of course) at the University of Chicago on the art of political persuasion. We read Lincoln, Pericles, King, Orwell, Havel and Churchill, among other great practitioners of the art. We ended with a study of Donald Trump’s tweets, as part of a class on demagogy.

If the closing subject was depressing, at least the timing was appropriate.

We are in the midst of an unprecedented national catastrophe. The catastrophe is not the pandemic, or an economic depression, or killer cops, or looted cities, or racial inequities. These are all too precedented. What’s unprecedented is that never before have we been led by a man who so completely inverts the spirit of Lincoln’s Second Inaugural Address.

With malice toward all; with charity for none: eight words that encapsulate everything this president is, does and stands for.

What does one learn when reading great political speeches and writings? That well-chosen words are the way by which past deeds acquire meaning and future deeds acquire purpose. “The world will little note, nor long remember what we say here,” are the only false notes in the Gettysburg Address. The Battle of Gettysburg is etched in national memory less for its military significance than because Lincoln reinvented the goals of the Civil War in that speech — and, in doing so, reimagined the possibilities of America.

In “The Power of the Powerless,” written at one of the grimmer moments of Communist tyranny, Václav Havel laid out why the system was so much weaker, and the individual so much stronger, than either side knew. In his “Fight on the beaches” speech after Dunkirk, Winston Churchill told Britons of “a victory inside this deliverance” — a reason, however remote, for resolve and optimism. In “Letter From Birmingham Jail,” Martin Luther King Jr., explained why patience was no answer to injustice: “When you have seen hate-filled policemen curse, kick, brutalize, and even kill your black brothers and sisters with impunity … then you will understand why we find it difficult to wait.”

In a word, great political writing aims to elevate. What, by contrast, does one learn by studying Trump’s utterances?

And it’s why Twitter is his preferred medium of communication. It is speech designed for provocations and put-downs; for making supporters feel smug; for making opponents seethe; for reducing national discourse to the level of grunts and counter-grunts.

That’s a level that suits Trump because it’s the level at which he excels. Anyone who studies Trump’s tweets carefully must come away impressed by the way he has mastered the demagogic arts. He doesn’t lead his base, as most politicians do. He personifies it. He speaks to his followers as if he were them. He cultivates their resentments, demonizes their opponents, validates their hatreds. He glorifies himself so they may bask in the reflection.

And at a moment when many Americans, particularly conservatives, are aghast at the outbursts of looting and rioting that have come in the wake of peaceful protests, we have a president who wants to replace rule of law with rule by the gun. If Trump now faces a revolt by the Pentagon’s civilian and military leadership (both current and former) against his desire to deploy active-duty troops in American cities, it’s because his words continue to drain whatever is left of his credibility as commander in chief.

I write this as someone who doesn’t lay every national problem at Trump’s feet and tries to give him credit when I think it’s due.

Trump is no more responsible for the policing in Minneapolis than Barack Obama was responsible for policing in Ferguson. I doubt the pandemic would have been handled much better by a Hillary Clinton administration, especially considering the catastrophic errors of judgment by people like Bill de Blasio and Andrew Cuomo. And our economic woes are largely the result of a lockdown strategy most avidly embraced by the president’s critics.

But the point here isn’t that Trump is responsible for the nation’s wounds. It’s that he is the reason some of those wounds have festered and why none of them can heal, at least for as long as he remains in office. Until we have a president who can say, as Lincoln did in his first inaugural, “We are not enemies, but friends” — and be believed in the bargain — our national agony will only grow worse.