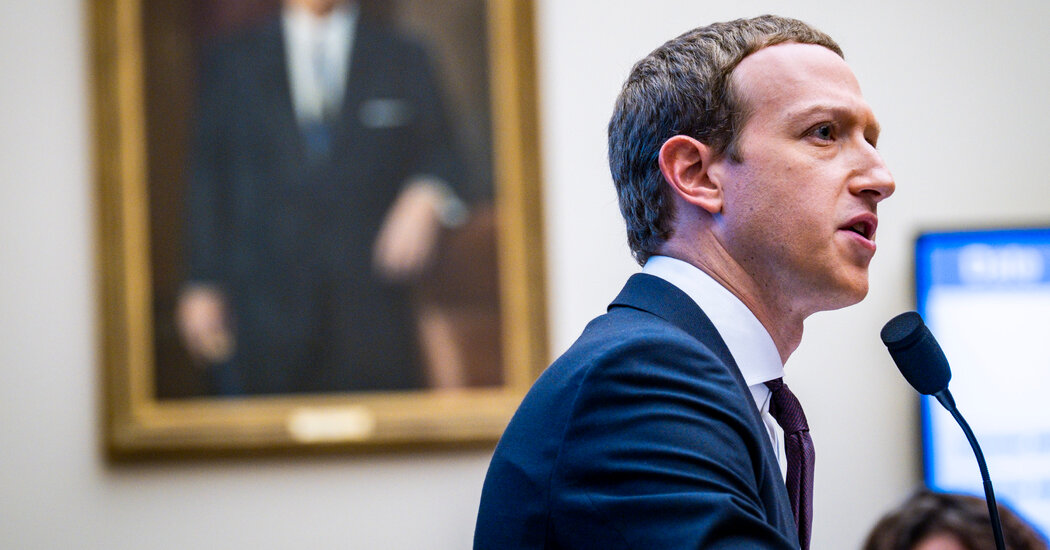 The suit, filed by the now defunct photo start-up Phhhoto, accused the social network of stalling on a deal and then putting it out of business.

But the interest of Facebook’s top executives in Phhhoto was just a show, according to a lawsuit filed on Thursday in the Eastern District of New York by the start-up, which is now defunct. Instead, Facebook simply wanted to squash the competition, according to the suit, which accused the company of antitrust violations.

In the suit, Phhhoto’s founders — Champ Bennett, Omar Elsayed and Russell Armand — claim that after Mr. Zuckerberg and other Facebook executives downloaded their app and approached them about a partnership, no deal materialized. Facebook instead launched a competing product that mirrored Phhhoto’s features. Facebook also suppressed Phhhoto’s content within its photo-sharing app, Instagram, the suit says.

The lawsuit stands out because of Mr. Zuckerberg’s personal involvement, Mr. Reback said in an interview. He called Mr. Zuckerberg “the monopolist’s C.E.O.” and said the Facebook founder had engaged in “anticompetitive conduct to an extent not seen since Bill Gates,” one of the founders of Microsoft.

“This suit is without merit and we will defend ourselves vigorously,” Joe Osborne, a spokesman for Meta, Facebook’s parent company, said late Thursday night.

The lawsuit is the most recent antitrust challenge to the world’s largest tech companies. Facebook, Google and Apple all have faced suits from rivals over the years, accusing them of copying their technology or buying them to squash them.

The lawsuit also adds to the woes for Facebook, which was last week renamed Meta. The Federal Trade Commission has sued the company, accusing it of violating antitrust laws by holding a monopoly on social networking through its acquisitions of Instagram and the messaging app WhatsApp. The social network also has been under intense public scrutiny after Frances Haugen, a former employee, leaked thousands of internal documents detailing how the company’s platforms have been used to spread misinformation, hate speech and conspiracies.

Even so, Michael Carrier, a professor at Rutgers University’s law school, said the standards for antitrust litigation remain high.

“It’s hard to show monopolization,” he said. “The tumult across the political landscape isn’t necessarily going to be reflected in how the courts rule.”

Phhhoto was founded in 2012 and the app was launched in 2014. People used it to edit photos and link images together into looping videos. It became buzzy and was promoted by celebrities such as Beyoncé, Miley Cyrus and Katy Perry.

After Mr. Zuckerberg downloaded the app in 2014, Kevin Systrom, a founder of Instagram, and senior managers at Facebook and Instagram also did so, according to the suit.

A tech giant in trouble. The leak of internal documents by a former Facebook employee has provided an intimate look at the operations of the secretive social media company and renewed calls for better regulations of the company’s wide reach into the lives of its users.

How it began. In September, The Wall Street Journal published The Facebook Files, a series of reports based on leaked documents. The series exposed evidence that Facebook, which on Oct. 28 assumed the corporate name of Meta, knew Instagram, one of its products was worsening body-image issues among teenagers.

The whistle-blower. During an interview with “60 Minutes” that aired Oct. 3, Frances Haugen, a Facebook product manager who left the company in May, revealed that she was responsible for the leak of those internal documents.

Ms. Haugen’s testimony in Congress. On Oct. 5, Ms. Haugen testified before a Senate subcommittee, saying that Facebook was willing to use hateful and harmful content on its site to keep users coming back. Facebook executives, including Mark Zuckerberg, called her accusations untrue.

New revelations. Documents from the Facebook Papers show the degree to which Facebook knew of extremist groups on its site trying to polarize American voters before the election. They also reveal that internal researchers had repeatedly determined how Facebook’s key features amplified toxic content on the platform.

In February 2015, Bryan Hurren, then Facebook’s strategic partnerships manager, reached out to Phhhoto’s founders to discuss a “platform integration opportunity,” according to the suit. Mr. Hurren offered to integrate Phhhoto into Facebook’s News Feed, the suit says, which was prime real estate on the world’s largest social platform.

But “Facebook strung Phhhoto along for months without making meaningful progress on the supposed integration,” the suit says. Mr. Hurren told Phhhoto that Facebook was “hung up on some legal conversations,” the suit says.

On March 31, 2015, Instagram changed its settings so that Phhhoto users couldn’t find their Instagram friends. When Phhhoto reached out to Facebook about the issue, Mr. Hurren told them “that Instagram was apparently upset that Phhhoto was growing in users through its relationship with Instagram,” according to the suit.

Phhhoto’s founders decided to move forward with an Android version of their app, which had only been available on iPhones. But on Oct. 22, 2015, just hours before Phhhoto was set to launch its Android app, Instagram unveiled a product that was a “slavish clone” of Phhhoto, according to the suit.

Instagram introduced other changes in March 2016 that reduced the visibility of Phhhoto’s content, the suit says. Phhhoto’s founders discovered the change when one of them posted two videos to Instagram, one through his Phhhoto-linked account and the other through a new Instagram account he had opened. While the second account had a fraction of the followers, the video was viewed and liked more than the identical video posted to the Phhhoto-linked account, according to the suit.

Phhhoto shut down in June 2017, “lacking investment or any other means to remain viable,” according to the suit.