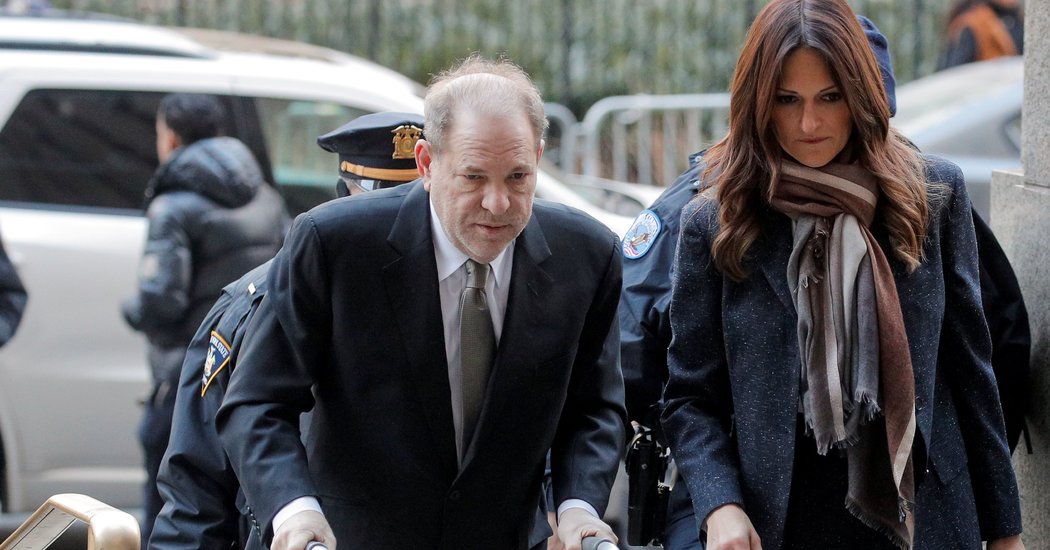 One potential juror said she had a friend who had “an encounter” with the film producer Harvey Weinstein, without giving details.

Two others said they had read Ronan Farrow’s book, “Catch and Kill: Lies, Spies, and a Conspiracy to Protect Predators,” which detailed the challenges he faced in reporting on sexual misconduct allegations against Mr. Weinstein.

Another woman said she could not be fair because she had been sexually assaulted. A fifth said they had a connection to one of Mr. Weinstein’s ex-wives and asked to be excused.

As jury selection in Mr. Weinstein’s rape trial entered its second day, it became clear that the pervasive media coverage of the allegations against Mr. Weinstein was making it difficult to find jurors who do not already have strong opinions about his guilt or innocence and could judge the evidence fairly.

Since 2017, more than 90 women have come forward to make public complaints about Mr. Weinstein, with allegations ranging from sexual harassment and unwanted touching to sexual assault and rape. The accounts have appeared in hundreds of news stories, dozens of magazine pieces and at least two books.

The New York Times and The New Yorker won Pulitzer Prizes for their reporting on the allegations against Mr. Weinstein, which set in motion a global movement, known as #MeToo, that has resulted in dozens of powerful men being fired for sexual misconduct.

Mr. Weinstein’s lawyers noted in court this week that on Monday an additional 400 news stories were published after new rape and sexual assault charges were filed against Mr. Weinstein in Los Angeles.

Despite the avalanche of news accounts, prosecutors and defense lawyers are trying to find 12 jurors and six alternates in Manhattan who can put aside what they have read or heard about Mr. Weinstein and judge the case solely on the evidence introduced in the courtroom.

On Wednesday, 120 people were brought into State Supreme Court in Manhattan as potential jurors.

“The name of the case which is about to be tried here is ‘The People of the State of New York Against Harvey Weinstein,’” Justice James M. Burke told the prospective panelists. One man immediately dropped his chin to his chest in a gesture of disappointment after learning which case it was. (He later told the judge he could not be fair in the case.)

The judge then asked the lawyers and Mr. Weinstein to stand and greet the people in the courtroom. When the movie producer stood — slightly hunched because of a recent back injury — one woman in a back row rolled her eyes. Others craned their necks to get a look at the infamous producer.

Justice Burke acknowledged that it was likely that most of the potential jurors had read about the case, but added they would not be disqualified as a result. He then asked if any of the people in the room felt they could not be fair or impartial to the producer, who is charged with rape, criminal sexual act and predatory sexual assault. By noon, about 45 of the potential jurors had asked to bow out.

“I have a very close friend who had an encounter with the defendant,” one young woman told Justice Burke. The woman, who did not give her name, was excused and declined to comment about her friend’s experience as she left the courtroom.

Another woman, who indicated she had just finished reading Mr. Farrow’s book, said, “I don’t think I would be fair.”

More people raised their hands to speak. One woman said, “I’ve been assaulted in my past. I can’t be fair.”

A man was dismissed after he said he had worked with the journalists who had broken the initial stories on the producer’s alleged sexual misconduct.

The jury selection for the trial is being done in stages. Justice Burke has brought in panels of 120 people each day, weeding out jurors who clearly have their minds made up or who have scheduling conflicts. He has asked the remaining potential jurors to fill out questionnaires about themselves and return next week.

The judge, prosecutors and defense lawyers will use the questionnaires to further whittle down the potential jurors into a much smaller pool.

Then the formal process of empaneling a jury will begin on Jan. 16. The seats in the jury box will be filled through a random lottery, and the jurors will be questioned more closely in open court by prosecutors and defense lawyers. Both sides will then have a chance to strike some individual jurors from the panel for no stated reason. They may also ask the judge to remove a juror if they can make an argument that the juror cannot be fair.

Mr. Weinstein is accused of raping one woman in a Manhattan hotel in 2013 and forcing oral sex on a second woman in his Tribeca apartment in 2006. Prosecutors plan to call four other women to testify about their allegations that he sexually assaulted them in the past.

Mr. Weinstein’s lawyers have argued his encounters with the women were consensual.

On Wednesday, the producer’s lawyers also filed a motion asking Justice Burke to recuse himself from the case. The motion argued that the judge was biased, citing his threat on Tuesday to throw Mr. Weinstein in jail for using his cellphones in court.

The judge asked Mr. Weinstein, “Is this really the way that you want to end up in jail for the rest of your life, by texting and violating a court order?”

Arthur Aidala, one of Mr. Weinstein’s lawyers, said the judge’s comments were “so inflammatory, biased and prejudicial that they have virtually gone viral.”

He added: “It has become clear to Mr. Weinstein that the court has already violated its own mandate to the potential jurors by deciding that Mr. Weinstein is guilty before it has heard any of the trial evidence.”

The judge did not immediately rule on the defense motion. Joan Illuzzi-Orbon, the lead prosecutor, said in court that she had no comment because she had yet to read the papers.