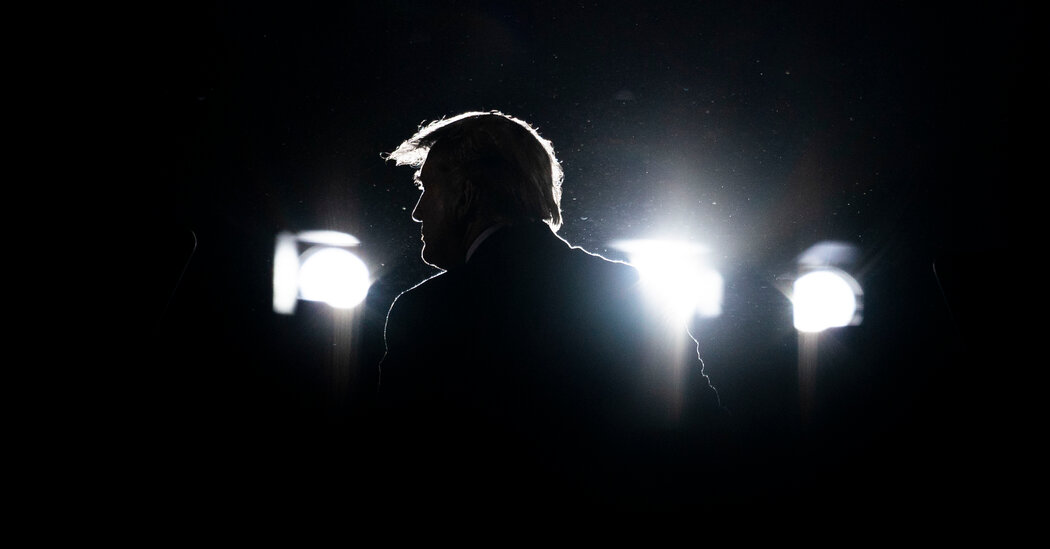 As columnists, we often test the boundaries.

We want to write in provocative ways that inspire readers to think and discuss. But we don’t want to descend into hyperbole or, worse yet, hysteria.

As many of our critics are quick to remind us, we often slide right into that abyss. Sometimes they are right. There is no real science or formal methodology to this form of commentary. We write it not only as we see it, but also as we feel it, and our feelings fluctuate.

The danger, of course, is the Chicken Little problem: If you inflate everything into a sky-is-falling panic, what does one write when the sky really does begin to fall? What credibility does one have left among the watchful when the country truly nears the possibility of a political apocalypse?

Well, I’m not sure how to answer that. It seems to me that the possibility of destruction came in waves during the Trump administration, with more near-misses than the heart could handle.

Defcon 1 became our political default, and they wore down our anxieties about the danger. We are human beings; our panic can’t be permanent. Our minds and bodies simply aren’t meant to sustain it.

But here we are again facing another very real threat to our democracy, and it would be a shame if we were so weary of Donald Trump and his supporters’ attacks on the pillars of this country that we dismissed warnings about what it all means, as with all others that preceded it.

With the ouster of Liz Cheney from her leadership position in the House of Representatives, the Republican Party has made absolutely clear that it is fully committed to Trump and the lie that he continues to propagate about the election: that he won and the election was stolen from him.

According to an Ipsos poll, 55 percent of Republicans believe that the outcome of the 2020 election was the result of illegal voting or election rigging, and 60 percent agree with the statement that “the 2020 election was stolen from Donald Trump.” Furthermore, 63 percent don’t agree that Trump was even partly to blame for the Jan. 6 insurrection.

The Republican Party is now fully committed to a lie and a liar — this even after he was forced from office, even after he caused the party to lose control of both houses of Congress. Time to panic yet? Some of us held out hope that Trump’s influence would diminish once his presidency ended, but as Senator Lindsey Graham told the Fox News host Sean Hannity on Monday:

To try to erase Donald Trump from the Republican Party is insane. And the people who try to erase him are going to wind up getting erased. It’s impossible for this party to move forward without President Trump being its leader because the people who are conservative have chosen him as their leader.

Trumpism will not go gentle into that good night. It will rage; it is raging.

The Republican Party belongs to Trump, full stop. And it controls a large majority of statehouses that will redraw congressional districts this year, after last year’s census. That could set up an electoral imbalance for another decade, as it did in 2010.

Republicans in many of those statehouses are also pushing through voter suppression measures, and possibly even more important, some laws would allow local boards to refuse to certify election results.

Not only did Republicans support subverting the last election; they are well on their way to building the architecture to better subvert the next one.

Democracy cannot exist in a society in which nearly half the participants have abandoned it, a lie is elevated to the position of truth, participation becomes the thing being poisoned.

So is panic now appropriate? Or do we simply carry on, hoping for the best and against the worst? Do we pretend that is it not possible that our democracy is being stolen right out from under us while we whistle?

Panic fatigue is real. I get it.

Anger is exhausting. I get it.

But what are your options? Acquiescence? Passivity? Ignoring the blare of the alarms because you have tired of the tension?

The question is whether we’re too tired from the Trump years to see what is happening and mount an actual defense.