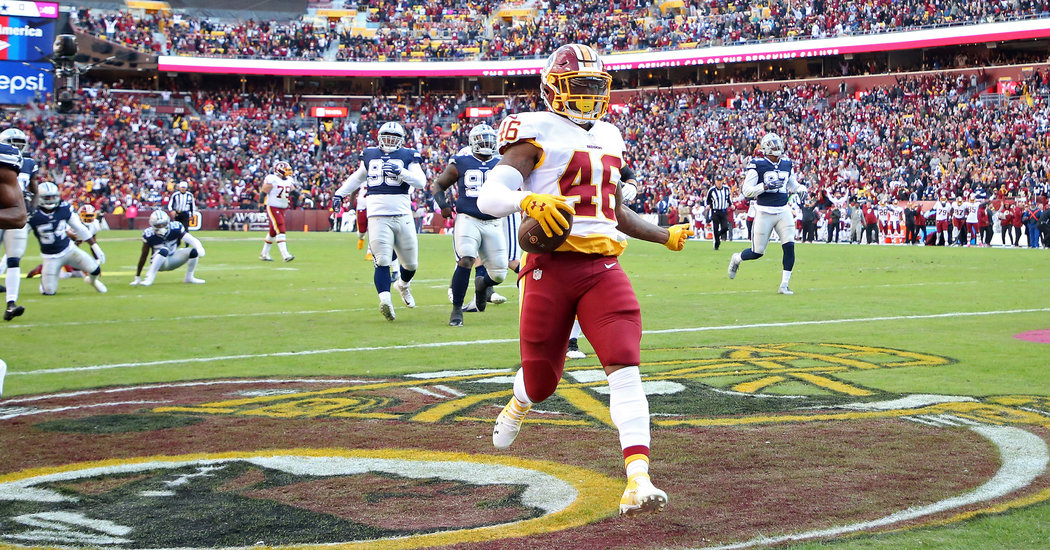 For more than two decades, FedEx’s name and corporate identity have been intertwined with one of the National Football League’s legacy franchises: the Washington Redskins.

The company paid the team $205 million for the naming rights to the Redskins’ stadium in Landover, Md., as part of a sponsorship deal that has endured through losses, coaching changes and injuries to top players.

So it served as significant notice on Thursday when the shipping giant joined the ranks of politicians and Native American groups that have called on the team to drop the Redskins name.

The development came as Americans grapple with anachronistic symbols — from statues to mascots to product packaging — that critics say are racist. The killing of George Floyd and unrest over police misconduct reignited the debate, including the renewed push to change the Redskins’ name, which some say is a derogatory term.

“We have communicated to the team in Washington our request that they change the team name,” FedEx said in a statement on Thursday night.

FedEx would not comment further on the matter or address the status of its sponsorship of the team, which is owned by Daniel Snyder, who has long resisted calls for a name change. Frederick W. Smith, the chairman and chief executive of FedEx, is also a minority owner of the Redskins.

The Redskins did not immediately respond to requests for comment on Thursday night.

On Nike’s retail website, the Washington Redskins were conspicuously absent from a drop-down menu for football jersey sales on Thursday. It was not clear if it was an intentional omission, and Nike did not immediately respond to a request for comment.

Last week, the Redskins removed the name of the team’s original owner, George Preston Marshall, from the Ring of Fame inside FedEx Field. The franchise, which was the last to integrate its roster, also scrubbed Marshall’s name from its website.

The team said it would rename the lower bowl of the venue for Bobby Mitchell, the franchise’s first African-American star player.

During a radio interview last month, Mayor Muriel Bowser of Washington said that the team should change its name and said the issue was an “obstacle” to the team’s returning to play its home games in the city.

“I think it’s past time for the team to deal with what offends so many people,” she said, “and this is a great franchise with a great history that’s beloved in Washington, and it deserves a name that reflects the affection that we’ve built for the team.”

Before he was elected, President Trump told The New York Times that he didn’t have a problem with the team’s name.

“Honestly, I don’t think they should change the name, unless the owner wanted to,” he said in a 2015 interview.