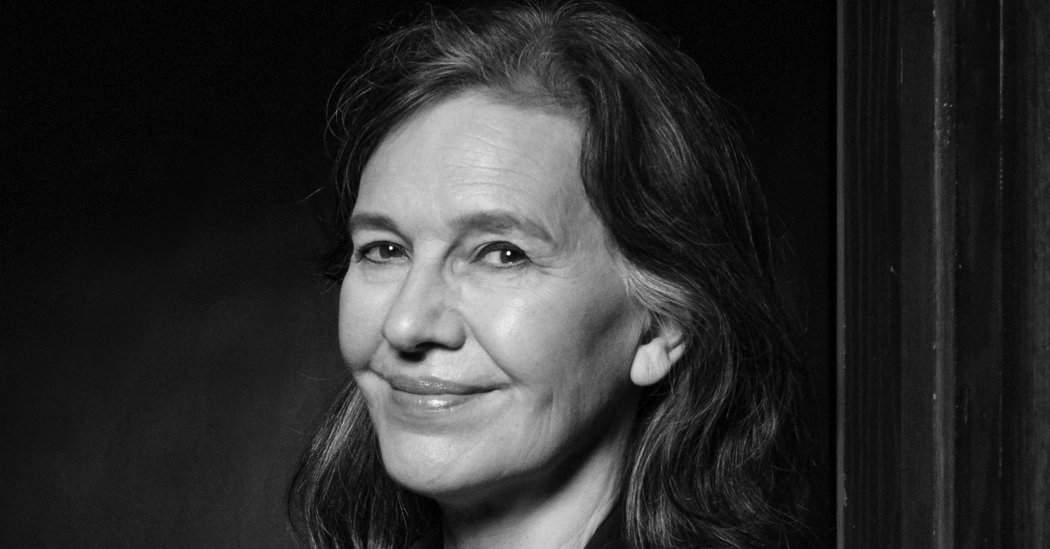 THE NIGHT WATCHMAN
By Louise Erdrich

Early in this banquet of a novel that invites us back into Louise Erdrich’s ongoing Chippewa chronicles, a character on the reservation boasts, “Law can’t take my Indian out of me.” Unfortunately, the United States government is hoping to do just that through the Termination Bill, an Orwellian plan that promises to “emancipate” Indigenous people from their lands and their tribal affiliations. This isn’t in 1893; the novel takes place in the 1950s. Even that might sound like distant history — but part of Erdrich’s point is that little has changed: As she reminds us in an afterword, the Trump administration has recently tried to terminate the Wampanoag, “the tribe who first welcomed Pilgrims to these shores and invented Thanksgiving.”

In this season of literary wildfires, when cultural borrowings have unleashed protests that have shaken the publishing industry, the issue of authenticity is paramount. Erdrich retakes the lead by offering the reader the gifts of love and richness that only a deeply connected writer can provide. You never doubt these are her people. The author of “Love Medicine,” “Tracks” and “The Round House,” among her 22 books for adults, she delivers a magisterial epic that brings her power of witness to every page. High drama, low comedy, ghost stories, mystical visions, family and tribal lore — wed to a surprising outbreak of enthusiasm for boxing matches — mix with political fervor and a terrifying undercurrent of predation and violence against women. For 450 pages, we are grateful to be allowed into this world.

The novel’s title character, Thomas Wazhashk, is a night watchman for a factory where women of the Turtle Mountain clan work by day, using gemstones as drill bits for Defense Department ordnance and for Bulova watches. Among these working women is Thomas’s niece, Patrice, known against her will as Pixie. Thomas watches over the dark, possibly haunted factory to protect these gems from thieves. The novel follows the fates and struggles and adventures of these two people and the ever-expanding circles of their relations.

[ Read an excerpt from “The Night Watchman.” ]

Inspired by Erdrich’s grandfather and the voluminous letters he sent to politicians in Washington in an effort to save his tribe from termination, the character of Thomas emerges as a complex, brilliant, troubled leader who spends his nights in the factory composing endless entreaties to those in power while he struggles to stay awake. He is hungry and exhausted, and when beset by visions and visitations, he is unsure which might be real and which might be dreams. By day, he is a devoted husband, a family man, a political organizer. He is a great companion, given to mercy. He tells a weepy white man who wants to marry Pixie in the hope that this will make him an Indian: “No … you could not be an Indian. But we could like you anyway.” His ultimate devotion is to his powerful wife, Rose.

Like the other women in this book, Rose provides us not only with lyrical passages that pierce the heart but also with moments of bracing practical toughness. One description of a quilt might serve as an extended meditation on the book’s themes and on writing itself, in a classic Erdrich riff that says much more than its surface shows us: “It had been made from a trade wool blanket and to a blanket it had returned,” she writes. “Here were the boys’ padded plaid wool jackets, ripped and worn. These jackets had surged through fields, down icy hills, wrestled with dogs. … Here was Rose’s coat from the early days of their marriage, blue-gray and thin now, but still bearing the fateful shape of her as she walked away from him, then stopped, turned and smiled … daring him to love her.” A history embodied, and every bit of it endangered by Termination.

Over on the day shift, Pixie has many woes. Hunger is a faithful companion. She has escaped from a group of male attackers by jumping in a lake and outswimming them. She surprises Thomas, who is in a boat, fishing. We first see it as a comedic bit of whimsy as gently surreal as something from Richard Brautigan. Thomas thinks this is the first time he has ever encountered a swimming hitchhiker. As with several scenes in this novel, however, we revisit it later with a clarity that lets us understand the reality of the story.

Pixie is haunted by the absence of her missing sister, Vera, who has disappeared in Minneapolis. She wrangles time off from work so she can take a train to the Twin Cities to hunt for her sister. Accompanied on and off by an erstwhile suitor, a boxer named Wood Mountain, Pixie descends into a delirious toxic urban scene that is nearly surreal. The villain of these passages is a brown-toothed hustler of the sort that Willem Dafoe could have played in a David Lynch film. His depredations get creepier and creepier, and it would be a disservice to the book to reveal what he has in store for Pixie. (Though I will say, you’ll never forget the term “waterjack.”)

The current and ongoing nightmare of missing and murdered Native women lurks in the shadows of the book. Often, it is implied with the deployment of a disturbing image: an abandoned room in a ruined house with leather collars attached to chains, bloodied mattresses, feces in the corners. This reflects Pixie’s attempts to decipher this mystery — one among so many mysteries. Until, halfway through the book, an utterly horrifying chapter brings the focus to an actual victim and her fate. It is entitled “Agony Would Be Her Name.” It is only nine sentences long.

The trend here, however, is toward redemption. Hard-won survival. And, in the face of suffering and struggle and governmental malfeasance, hope. Laughter erupts as unexpectedly as tears. A pair of Mormon missionaries tries endlessly to convince the Chippewa that they are Lamanites cursed with dark skin, but that if they convert they will gradually turn white. A parade day is annihilated when two horses decide to mate — a sexual frenzy that Erdrich describes in uproarious detail, and that unleashes chaos. Wood Mountain and his opponent Joe Wobble wander around the reservation towns before a major fight, each secretly faking injuries in the hopes he will shock the other by being magically healed once in the ring.

Thomas, meanwhile, rallies his troops, a motley crew of heroes, and makes his way to Washington to fight for his people. Pixie joins this group. They walk into the House of Representatives. Erdrich notes in a previous passage: “Termination. Missing only the prefix. The ex.” So much, everything, depends on this battle. Around it, all the threads of the ample plot come together — including a few surprises. Resolution is the revolution.

I walked away from the Turtle Mountain clan feeling deeply moved, missing these characters as if they were real people known to me. In this era of modern termination assailing us, the book feels like a call to arms. A call to humanity. A banquet prepared for us by hungry people. Erdrich ends the book, in the afterword’s closing, with a kind of blessing: “If you should be of the conviction that we are powerless to change … let this book give you heart.”