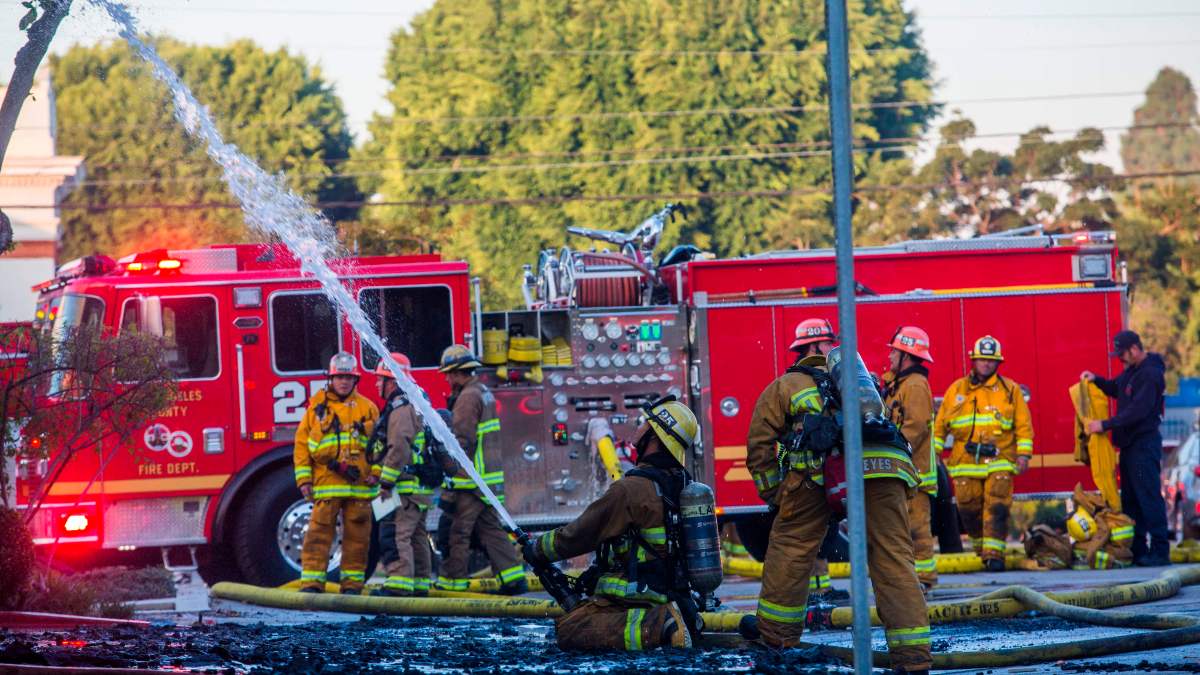 A measure to provide additional funding to the county Fire Department through a parcel tax was falling short in Tuesday’s primary election.

One of two ballot measures in LA County, Measure FD, would have established a 6-cents-per-square-foot parcel tax to pay for more county firefighters and upgrade fire equipment. The measure was backed by a slight majority of voters, but it required a two-thirds vote for approval.

Fire Chief Daryl Osby told the Board of Supervisors in December that it was the first time the department had asked for additional dollars in more than 23 years.

A 2018 assessment by the county’s chief executive officer concluded that the department needed $1.4 billion to upgrade and replace fire engines and rescue vehicles — some more than 20 years old — and to modernize its technology.

he plea for more funding came as the department is called on to fight more demanding and dangerous wildfires, exemplified by the massive Woolsey Fire that burned through much of Malibu in 2018.

Osby told City News Service that firefighters and resources are also strained due to a jump in the number of paramedic calls.

“We are facing bigger, faster and more intense wildfires than ever before. At the same time, my department has seen an over 50% increase in 911 emergency medical calls over the last decade alone,” Osby said. “Measure FD will give us the resources we need to hire more firefighter/paramedics and provide them with the equipment they need to meet these challenges and protect our communities.”

The California Taxpayers Association opposed the measure, arguing that it will make it more expensive to buy or rent property and will also increase utilities.

Adding to the financial strain of people living here, especially those already teetering on the edge of homelessness, would be irresponsible,” Robert Gutierrez, president of the association, wrote in an editorial published by the Daily News. “The measure lacks taxpayer safeguards, raises fairness concerns and would make Los Angeles even less affordable.”

The tax would have applied to property improvements up to 100,000 square feet, does not include parking areas and is estimated to generate $134 million annually. It would have increased by the lesser of 2% or the California Consumer Price Index each year and remain in place permanently unless revoked by voters.

The measure did provide for an annual review by an Independent Citizens’ Oversight Committee. Opponents contend that without a sunset date for the tax, county spending will lack accountability.

Exemptions were provided for low-income seniors, and small landlords are permitted to pass through the tax to tenants.

Measure FD applied to 56 cities and unincorporated areas within the county and did not include, for example, the city of Los Angeles, which has its own fire department.