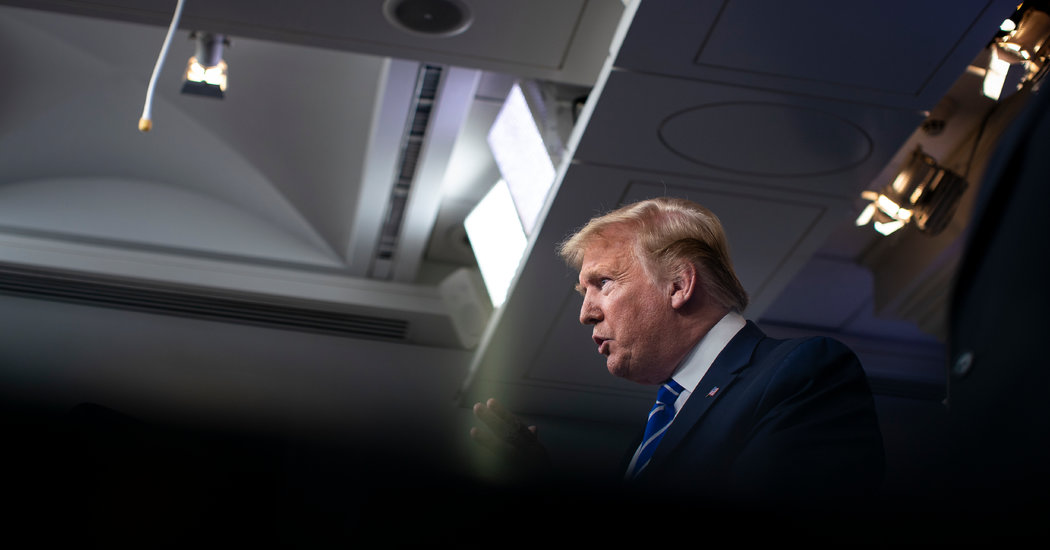 After Donald Trump’s ridiculous and dangerous suggestion last week that household disinfectants injected into people’s bodies might be a treatment for Covid-19, Republicans intensified their hand-wringing over whether his daily briefings were doing more harm — to his political fortunes and theirs — than good.

The coronavirus has completely reshaped the coming election. The economy is in dire straits. Trump’s polls have taken a dip. People are anxious and afraid. The outlook isn’t good … at the moment.

As The New York Times reported last week, some in the Republican Party see similarities to 2006:

“In 2006, anger at President George W. Bush and unease with the Iraq war propelled Democrats to reclaim Congress; two years later they captured the presidency thanks to the same anti-incumbent themes and an unexpected crisis that accelerated their advantage, the economic collapse of 2008. The two elections were effectively a single continuous rejection of Republican rule, as some in the G.O.P. fear 2018 and 2020 could become in a worst-case scenario.”

But I would caution all those who take this fear as encouragement that Trump is weakened and vulnerable: Trump is not George W. Bush. This is not the Republican Party of 2006. This is not a cultural environment in which social media is in its infancy.

Trump, as a person and politician, is riddled with flaws. But he also has an ignominious super power: He is completely unencumbered by the truth, the need to tell it or accept it. He will do and say anything that he believes will help him. He has no greater guiding principles. He is not bound by ethics or morals. His only alliances are to those who would support and further his devotion to self-promotion.

When the “Access Hollywood” tape, on which Trump bragged about groping and sexually assaulting women, came out, Republicans were worried. They began to openly reject him. Some called for him to drop out of the race.

As this newspaper reported at the time:

“But the image of Republicans running for the exits, a month before a presidential election, is as extraordinary as a party’s nominee using vulgar, violent language that seemed to reduce an entire gender to sexual anatomy. And this time, no amount of spin seems sufficient to control the damage Mr. Trump has wrought.”

But, as we now know, that damage was short-lived. The Republican Party would rally to Trump’s side. Indeed, the party would be completely remade by him, and become loyal to only him.

Before a debate with Hillary Clinton and just two days after the release of the tape, Trump invited a panel of women who had accused Bill Clinton of sexually inappropriate behavior and one whose rapist was defended by Hillary Clinton as his guests for the event.

At that debate Trump dismissed his comments as locker room talk and denied that he had ever done the things he himself boasted about doing on the tape. As Trump said on the debate stage: “Nobody has more respect for women than I do.”

This says nothing of the fact that within hours of the “Access Hollywood” tape being made public, the first of Clinton campaign chairman John Podesta’s stolen emails began to be released by WikiLeaks.

After the tape’s release, Trump saw a dip in some polls, but not all. His base is religiously loyal. A Politico/Morning Consult poll at the time showed only a one-percentage-point drop. As Morning Consult’s Meghan McCarthy wrote at the time: “Trump’s numbers remained stable thanks to the loyalty of the Republican base, a fact that could give pause to party leaders considering publicly abandoning the nominee.“

To state the obvious, Trump would go on to win the election.

I say all this to say: Don’t fall prey to false hope that defeating Trump will be easy, that his horrifically incompetent response to the coronavirus has doomed him. It hasn’t. Trump will fight with everything he has to the bitter end to stay in power. He will never admit any fault. He will lie and lie and lie and lie some more. And the people who support him will stick with him every step of the way.

Joe Biden even believes Trump will try to alter the election calendar, saying, “Mark my words: I think he is gonna try to kick back the election somehow, come up with some rationale why it can’t be held.”

I put nothing past Trump, absolutely nothing! And neither should you. Be prepared for Trump to do anything and everything to win re-election in November. A man who can dismiss a recording of his own voice bragging about assaulting women is capable of anything.