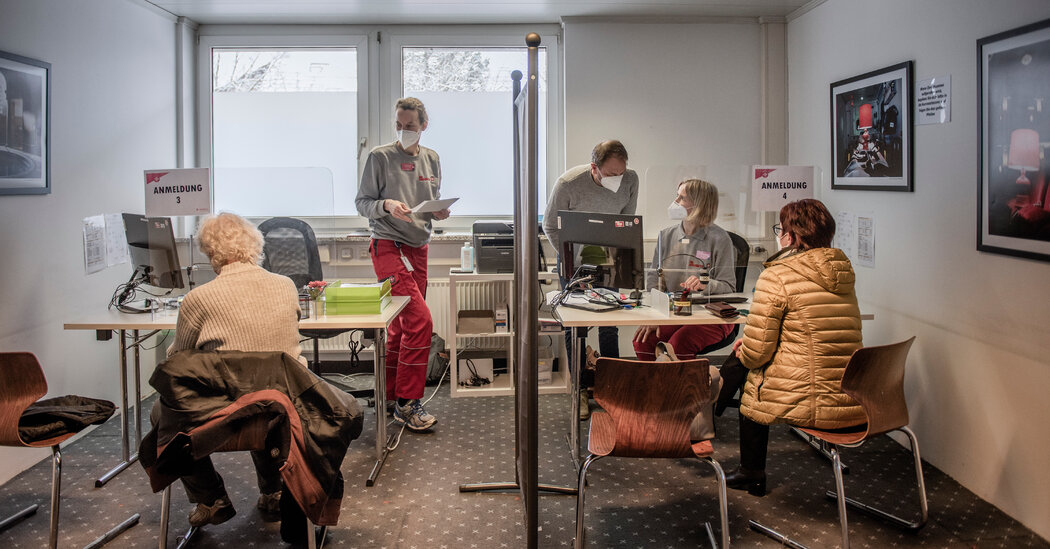 I recently found myself in a conversation with a libertarian journalist who was visiting Vienna. “Should we be surprised that Austria decided to lock down the unvaccinated and that the government is pushing for mandatory vaccination?” he bellowed at me. “Was it not the Austrians and the Germans who were first to lock down their minorities in the 1930s?” It’s the kind of mind-blowing exaggeration that is so typical these days of vaccine skeptics and the anti-lockdown right.

The specter of fascism is never far away in European politics, and accusing your enemies of being the heirs to Hitler has been popular since the end of World War II. But something truly surreal is underway: Traditionally, it was the parties of the far right, some of them with roots in the Nazi past, that were accused of fascist tendencies. Now they are the accusers. I’ve even heard some vaccine skeptics and anti-lockdown activists call for a Nuremberg trial for anyone who advocates mandatory vaccination.

Will these attempts to impugn the overweening state and accuse mainstream politicians of medical fascism work? Maybe. A recent survey by the European Council on Foreign Relations indicates that although most West Europeans support the restrictive policies their governments have put in place to fight the coronavirus, many also have mixed feelings. Almost half of Austrians and Germans, the poll found, experience the Covid pandemic as a loss of freedom. Populists are eager to weaponize this.

For the moment, they are failing. Recent elections in Germany, the Czech Republic and Bulgaria indicate that voters are less ready to follow populist leaders than they were just a few years ago. A YouGov-Cambridge Globalism study found in November that populist beliefs had “broadly declined” in 10 European countries over the past three years but that at the same time, conspiratorial beliefs are on the rise. I worry that the longer the pandemic restrictions continue and the harsher the economic effects are felt, the more likely populists’ arguments will resonate with the public.

The populist right has in recent months undergone an identity shift. It used to be that these parties claimed, with their positions on immigration and cultural change, to speak for “the people,” a silent majority. That doesn’t work anymore. Austria’s Freedom Party, for example, has adopted a hard-line anti-vaccination stance. But holding this position means that it can no longer claim to be the champion of the majority; most Austrians have chosen to get vaccinated. At least in Western Europe, the vaccinated are the majority. Not surprisingly, when populists are in power — as they are in Hungary and Poland — they adopt vaccine and lockdown policies similar to those introduced by mainstream parties elsewhere.

Populist parties now claim to speak on behalf of a persecuted minority of nonconformists and are repositioning themselves as champions of liberty and individual rights. This may sound familiar to many Americans: They are the same positions held by the American right, even when it is in power. It’s now clear that the coronavirus crisis has contributed to the internationalization of the populist right.

This gambit to define “freedom” as heroic resistance to the interventionist state will likely falter in Europe’s aging societies, where many worry about the virus. But by opposing pandemic restrictions, these political players will have a better chance of attracting support from members of younger generations who are more likely than their parents to blame their loss of freedom on government policies than on the spread of a deadly virus.

For the young, the pandemic is associated far less with loss of life than with the destruction of their way of life. The European Council on Foreign Relations survey shows that they suspect that they have been turned into invisible victims of their governments’ risk aversion. It was indicative that in the Freedom Party-backed anti-vaxxer rallies in Vienna, anarchists and other leftists — historically much more the territory of the young — marched side by side with those who were their archenemies just yesterday.

What does this mean for mainstream politics? In the short term, the situation looks good: The parties of the center have benefited by meeting the majority of people’s expectations for precaution and protection. But by endorsing what increasingly seem like never-ending lockdowns and mandatory vaccination, European governments risk misreading a changing public sentiment.

In this context, the Omicron variant presents a major political risk. It requires a decisive response to prevent severe strains on health care systems, but at the same time, by adopting policies of maximum precaution that were the right approach at the beginning of the pandemic but are more questionable today, governments risk falling into a trap of their own making. The big state is back in a big way — but trust in the big state is not.

Europe’s mainstream political parties are now wagering their legitimacy on their ability to beat back the pandemic. It’s a dangerous gamble. Asking people to get vaccinated is good public policy, but it does not guarantee that no one will be infected or that nobody will die. Governments can reduce the risks, but they cannot eliminate them. The paradox is that the higher the percentage of vaccinated people in a society, the less likely it will be to support lockdowns and other restrictive policies. After two years of life marked by “a shortage of space made up for by a surplus of time,” as the poet Joseph Brodsky once described a prisoner’s existence, people are tired of being afraid. They expect schools to be open and life to return to something like normality.

The arrival of Omicron makes it clear that the pandemic is not yet over. But many people are already living as if the postpandemic world had arrived. In a moment like this, setting reasonable expectations is probably the best anti-populist policy any government can adopt. We cannot hope to defeat the pandemic; we will have to learn to live with it.

Ivan Krastev is the chairman of the Center for Liberal Strategies, a permanent fellow at the Institute for Human Sciences in Vienna and the author, most recently, of “Is It Tomorrow Yet? Paradoxes of the Pandemic.”