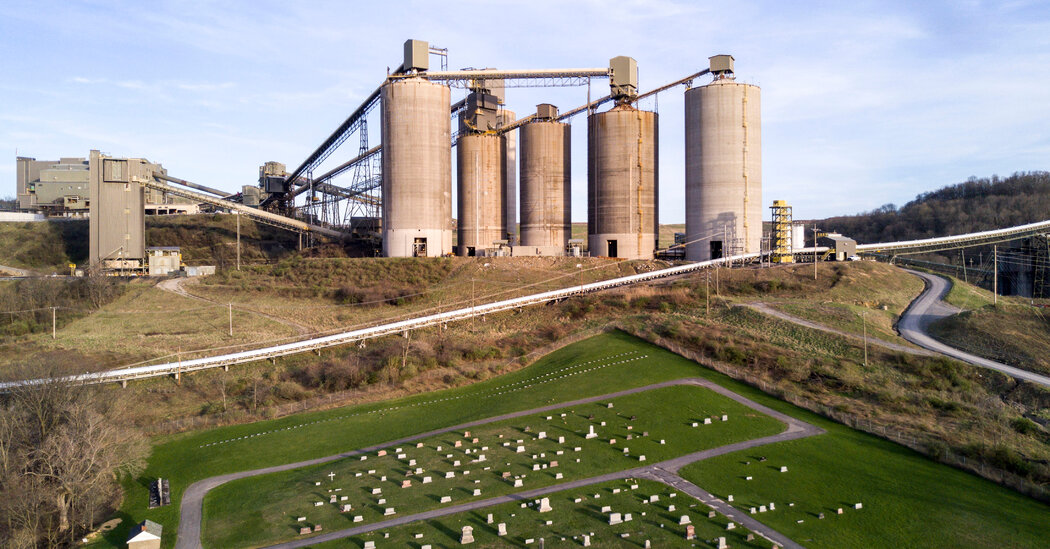 A document from the United Mine Workers offers reason to hope.

“Change is coming, whether we seek it or not.” So declares a remarkable document titled “Preserving Coal Country,” released Monday by the United Mine Workers of America, in which the union — which at its peak represented half a million workers — accepts the reality that coal isn’t coming back. Instead, it argues, the goal should be “a true energy transition that will enhance opportunities for miners, their families and their communities.”

It’s good to see this kind of realism. Remember, back in 2016 Donald Trump promised that he would restore coal to its former greatness, reopening shuttered mines — and voters in coal country believed him. Many of them probably still imagine that something like that is possible.

The union, however, understands that it isn’t. What killed the mines wasn’t a “war on coal”; it was technological progress, first in the extraction of natural gas, then in solar and wind power. Generating electricity from coal would be economically unviable even if we didn’t have to worry about climate change.

Of course, we do need to worry about climate change, which is an existential threat to civilization. The question is how to address this threat.

The union’s document is in effect an endorsement, at least in principle, of the Biden administration’s plans to make action against climate change a centerpiece of its boost to infrastructure spending — something I guess we’re now supposed to call Build Back Better rather than the Green New Deal, but whatever. It’s also a small but encouraging vindication of the thinking behind Build Back Better, the belief that climate action is most likely to be politically feasible if it eschews economic purism and relies more on carrots than on sticks.

Some background: Conventional economics suggests that the best way to limit greenhouse gas emissions is either to impose a carbon tax or to create a cap-and-trade system in which polluters must buy permits for their emissions.

This argument underlies high-profile initiatives like the Climate Leadership Council, whose founding members included a wide array of business leaders and economists — including Janet Yellen, now the Treasury secretary — and a number of major corporations. The council, whose creation was announced in 2017, calls for carbon fees whose proceeds would be redistributed to families. This plan is part of a “bipartisan road map” for action.

This is, however, not the path the Biden administration is taking. Why?

First, the economic case for relying almost exclusively on a carbon tax misses the crucial role of technological development. The reason large reductions in emissions look much easier to achieve now than they did a dozen years ago is that we’ve seen spectacular progress in renewable energy: a 70 percent fall since 2009 in the cost of wind power, an 89 percent fall in the cost of solar power.

And this technological progress didn’t just happen. It was at least partly a result of investments made by the Obama administration. These investments were ridiculed by conservatives; back in 2012 Mitt Romney declared that all of the money went to “losers” like Solyndra and, um, Tesla. In retrospect, however, it is clear that government spending provided a crucial technological lift. And this suggests that public investment, as well as or even instead of a carbon tax, can be a way forward in fighting climate change.

Second, the idea that a carbon tax can achieve bipartisan support is hopelessly naïve. Only 14 percent of Republicans even accept the notion that climate change is an important issue. And redistributing the proceeds of such a tax to families in general won’t win over voters who believe that climate action will threaten their jobs and communities.

What might win over at least some of these voters, however, is the kind of program the United Mine Workers is calling for: targeted spending designed to help retrain former miners and support development in coal country communities.

I don’t want to be overly optimistic about the Biden strategy. For one thing, while there’s a compelling case against relying exclusively on a carbon tax to fight climate change, public investment alone also probably isn’t enough. Eventually we will almost surely have to put a price on greenhouse gas emissions, politically difficult though that will be.

On the other side, while it’s great to see the mine workers’ union call for policies that support “coal country,” not coal jobs — that is, communities rather than a specific industry — that’s still a tall order. Although Covid-19 created temporary disruptions, it remains true that the 21st-century economy “wants” to concentrate good jobs in major metropolitan areas with highly educated work forces. Promoting job creation in West Virginia or eastern Kentucky won’t be easy, and may be impossible.

But we can and should make a good-faith effort to help workers and regions that will lose as we try to avoid environmental catastrophe, and in general to make climate policy as politically palatable as possible, even at some cost in efficiency. Climate action is too important a task to insist that it be done perfectly.