Google said Thursday that it had reined in the autocomplete function of its search engine to prevent it from favoring electoral candidates or political parties. It didn’t take long for WIRED to find—and Google to hurriedly fix—breaches of the new policy, suggesting it is a work in progress.

WIRED found that typing “donate” into the lucrative white box on Google.com could prompt suggestions for donating to Joe Biden’s presidential campaign, but not Donald Trump’s. After WIRED flagged them to the company, Google said Friday it had blocked those suggestions for breaking its new election-related policies for autocomplete.

Google announced those policies at a press briefing Thursday that discussed several projects aimed at keeping falsehoods or bias out of search results and Google News. David Graff, senior director for global policy and standards, indicated the new rules for autocomplete were a response to divisions among US voters and fears about electoral integrity. “People have strong opinions,” he said, requiring Google to be more careful. 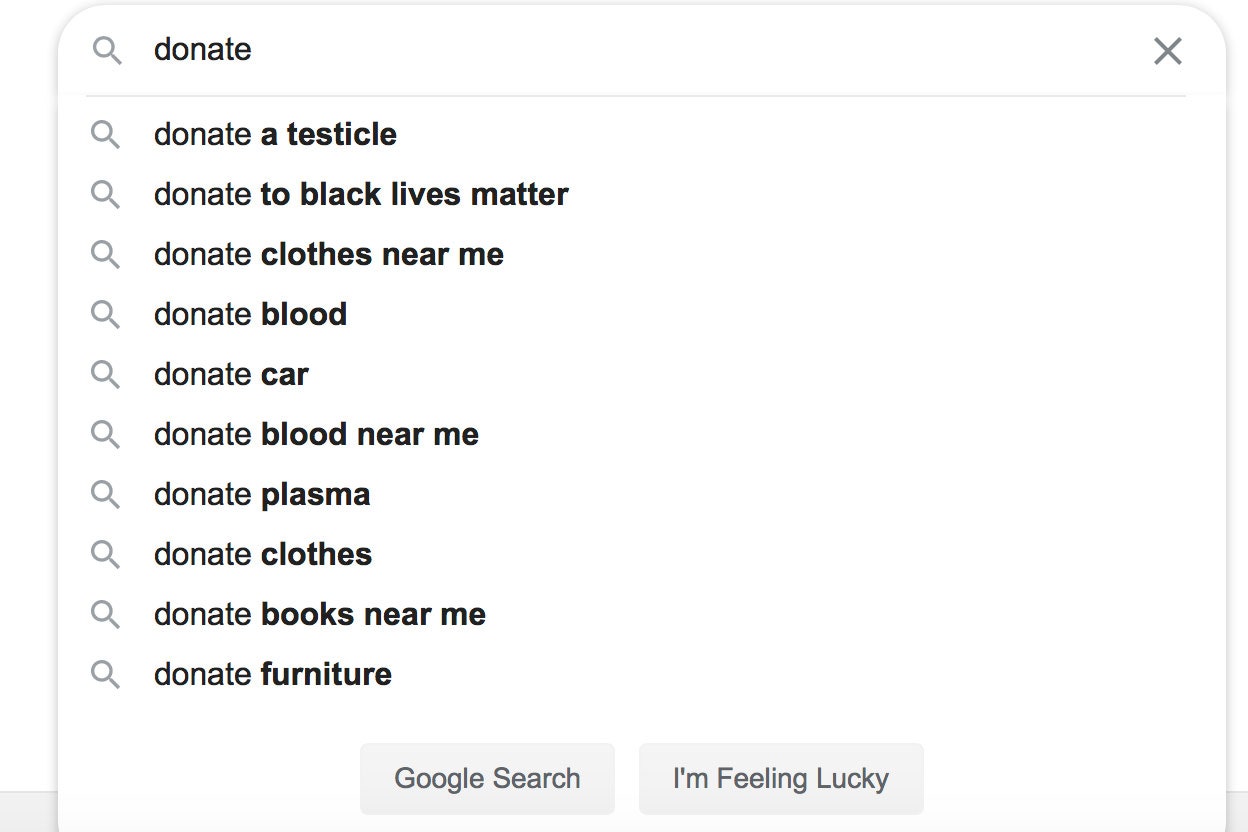 Merely typing “donate” did not suggest searches related to any political candidates.

Google’s policy bars autocomplete suggestions that can be interpreted as favoring or opposing a candidate or party. It says statements that make claims about voting methods, requirements, or legitimacy, such as “you can vote by phone,” are also banned, although WIRED found suggestions can include questions like “how do I vote by mail.”

Sure enough, WIRED found that typing only “donate to” or “donate” into the Google search box in a fresh, private browser tab in Chrome or Safari did not prompt any suggestions related to presidential candidates.

But typing “donate bid” prompted Google’s algorithms to jump in with “donate biden harris actblue,” as the top suggestion, a reference to a leading Democratic political action committee that has raised more than $2 billion this election cycle, according to the Center for Responsive Politics. Other suggestions on the list included “donate biden yard sign” and “donate biden sticker.”