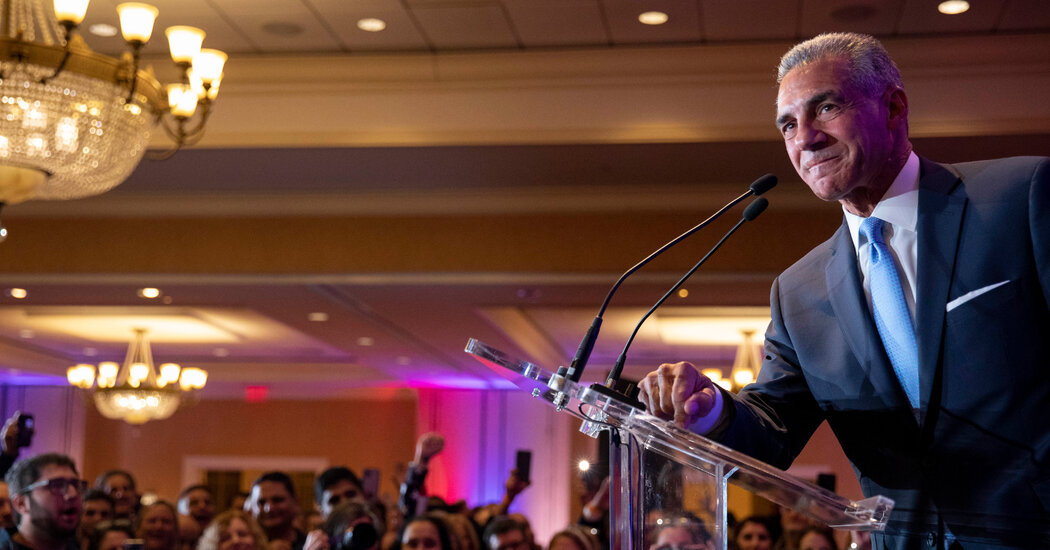 It took nine days. But Mr. Ciattarelli is expected to acknowledge on Friday that he has lost the race for governor of New Jersey.

Jack Ciattarelli, a Republican vying to unseat Gov. Philip D. Murphy of New Jersey, will concede defeat on Friday, acknowledging that there is no chance he can overcome the 74,000-vote gap now separating the candidates, according to two people close to his campaign.

The Associated Press and other national news outlets had declared Mr. Murphy, a first-term Democrat, the winner a day after the Nov. 2 election when he held a roughly one percentage point advantage over Mr. Ciattarelli.

Over the last nine days, Mr. Murphy’s lead only grew as mail and provisional ballots were slowly tallied in liberal-leaning strongholds, prompting Democratic strategists to accuse Mr. Ciattarelli of stoking distrust in the election system as he used the inconclusive race results to raise campaign funds.

Mr. Murphy’s campaign manager, Mollie Binotto, criticized the delay as an “assault on the integrity of our elections,” and the governor called it “dangerous.”

Still, Mr. Murphy’s relatively narrow win jolted Democratic Party leaders and suggested an erosion of support among suburban and independent voters as the party prepares for what will be an uphill battle to retain control of Congress in next year’s midterm elections.

Some Democratic lawmakers in swing districts in New Jersey are expected to face stiff challenges from Republicans eager to reverse Democratic gains.

By Thursday, Mr. Murphy’s lead had reached 2.9 points — a full percentage point greater than the margin of victory in Virginia, where the former Democratic governor, Terry McAuliffe, conceded his race against a Republican businessman, Glenn Youngkin, the morning after polls closed.

Earlier this week, Mr. Murphy said that the convention of a losing candidate accepting and conceding defeat goes to the heart of “what it is to be an American.”

“It’s bigger than winning or losing,” he said.

New Jersey’s vote count was unusually slow this year. The delays were blamed on a learning curve linked to new electronic voting equipment and the high volume of paper mail ballots, which represented about one-fifth of the total vote and had to be counted manually, starting on Election Day.

Mr. Ciattarelli had maintained that it was statistically possible he could come within one point of Mr. Murphy after the approximately 70,000 emergency provisional ballots were counted, a threshold at which his campaign said it would consider asking a judge to authorize a recount.

But it became clear on Thursday that the gap was unlikely to shrink significantly, campaign officials said, even though emergency provisional ballots in a handful of counties had not yet been evaluated or counted.

Mr. Ciattarelli is expected to appear at 1 p.m. on Friday in Raritan, N.J., where he lives, to formally concede defeat.