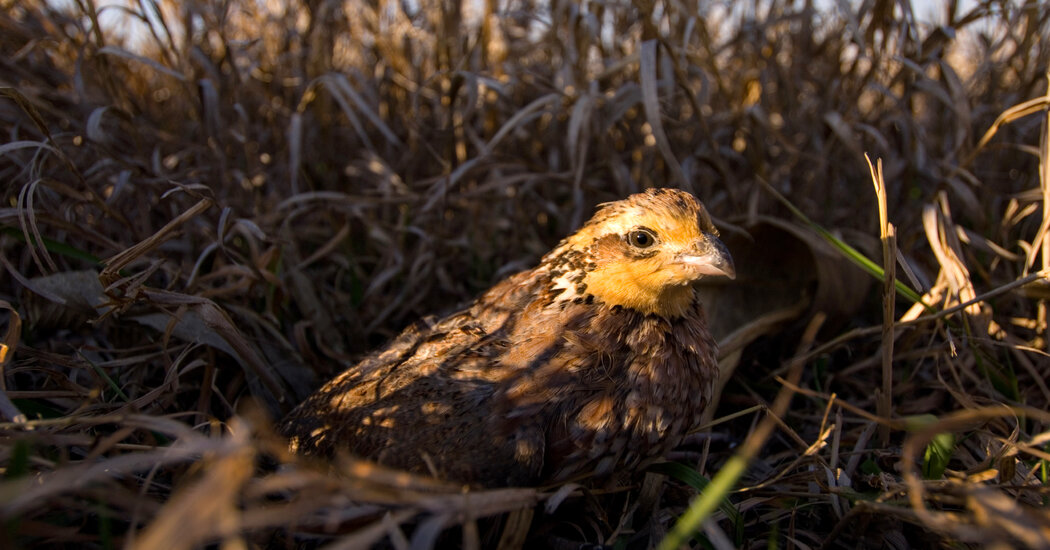 NASHVILLE — If you’re a certain age, you may remember the snail darter, a small fish in the Little Tennessee River that caused an environmental firestorm when it was listed as endangered in 1975. At the time, the Tennessee Valley Authority was already in the midst of building a dam on the Little Tennessee. Snail darters require free-flowing water to reproduce, and the only known habitat for the entire species was about to be dammed.

The ensuing legal battle made it all the way to the Supreme Court, which sided with the fish. But Congress, pressed by Tennessee politicians, responded by making the Tellico Dam project exempt from the provisions of the Endangered Species Act. The little fish seemed doomed.

You may be wondering why I would resurrect the story of an ancient battle that ended badly for environmentalists. Why bring up the snail darter’s sad tale, especially now, with 22 species in the U.S. newly listed as extinct and one million others on track for the same grim future worldwide?

Those lost creatures are exactly why.

The Endangered Species Act of 1973 garnered the kind of bipartisan congressional support that we can hardly imagine today. The House voted 355 to 4 in favor of passage. It was signed into law by President Richard Nixon, a Republican. Since then, it has saved dozens of iconic species like the bald eagle and the peregrine falcon, the Yellowstone grizzly and the American alligator, and it remains extremely popular. Despite near constant challenges from business interests and a great many elected Republicans, at least 80 percent of Americans, including 74 percent of self-identified conservatives, support it.

This common ground can create some interesting bedfellows. Consider the most recent environmental controversy here in Tennessee:

Leaked internal documents recently indicated that the Tennessee Wildlife Resources Agency was planning to cut down 2,000 acres of hardwood forest in a transcendently beautiful state-owned wilderness on the biodiversity-rich Cumberland Plateau. The deforestation plan is ostensibly part of the state’s longstanding efforts to bring back the Northern bobwhite quail, a grassland-dwelling native game bird whose population is in steep decline.

No one denies that creating habitat for a fast-disappearing native bird is a worthy goal. But as Mike O’Neal, a hunter, pointed out to the Tennessee Lookout’s Anita Wadhwani, wouldn’t it make more sense to cut down one of the nearby state-owned tracts of pine instead? Unlike hardwoods, pine trees can grow back quickly. “It seems like this is a big experiment for T.W.R.A. to get the quail back,” he said. “But if it doesn’t work out, what have you lost? Thousands of acres of hardwoods you’ll never see again in your lifetime.”

Donna Knoke Cobb, an Alabama archaeologist, was blunter: “Follow the damn money,”she told the Nashville Scene’s Michael Ray Taylor. “Someone’s selling those trees. And someone else probably wants to build a hunting lodge in the middle of one of the most scenic spots in the state.”

Opposition to the state’s plan is being led by an organization called Save the Hardwoods. The group includes deer and turkey hunters, hikers and cavers, local residents and even some elected officials. One of the people expressing concern about the T.W.R.A.’s plans is State Rep. Paul Sherrell, a Republican.

This issue, in other words, transcends typical political posturing. Different people have different reasons for wanting to protect that forest, and some of those reasons may seem to be diametrically opposed. Nevertheless, a patchwork group of furious Tennesseans has come together to stop T.W.R.A. from chopping down their trees. Environmental controversies tend to be framed as battles between tree-huggers and pragmatists, between liberals and conservatives, but such conflicts are rarely so simple.

On that note, let’s return to the snail darter.

Opposition to the Tellico Dam project came from environmentalists, yes, but it also came from hundreds of family farmers whose land would be flooded when the dam’s gates finally closed. It also came from the Cherokee Nation and from trout fisherman and even from fiscal conservatives, who recognized the dam as a financial boondoggle.

Activists lost the battle to stop the dam, but they didn’t give up on the snail darter, and saving it required yet another unlikely coalition. Biologists worked to transplant the fish into other rivers in its native range. The T.V.A. adjusted dam operations to increase oxygen and reduce downriver sediment in the water. The Clean Water Act dramatically reduced pollution in the rivers where the fish were transplanted.

It took more than 40 years, but on Aug. 31, the U.S. Fish and Wildlife Service announced that the snail darter was no longer in danger of extinction. This happy ending wasn’t fortuitous. It was the result of hard work.

It’s too soon to say what will happen to that beautiful forest on the Cumberland Plateau or to the bobwhite quail. It’s far, far too soon to say what will become of all the species the planet stands to lose in the coming years if human beings cannot halt the rate at which our climate is heating and our habitats are fragmenting and our whole planet is being poisoned. It’s entirely possible that we will lose them all.

But it’s also not unthinkable that we will yet find a way to work together to prevent the worst calamities from unfolding. A new survey by the Yale Program on Climate Change Communication found that 70 percent of Americans are now “very” or “somewhat” worried about climate change. Public opinion in these matters is changing rapidly: The number who are “very worried” increased by 10 points just since March.

The biodiversity crisis will not be solved by hyperlocal efforts to save a particular species, or to preserve a particular stretch of forest. But I am heartened by these stories of people coming together across tremendous philosophical and political divides to save what they love. Such stories remind us of what is still possible, even now.

The harder question is whether what is possible can be achieved in time.

Margaret Renkl, a contributing Opinion writer, is the author of, most recently, “Graceland, at Last: Notes on Hope and Heartache From the American South.”