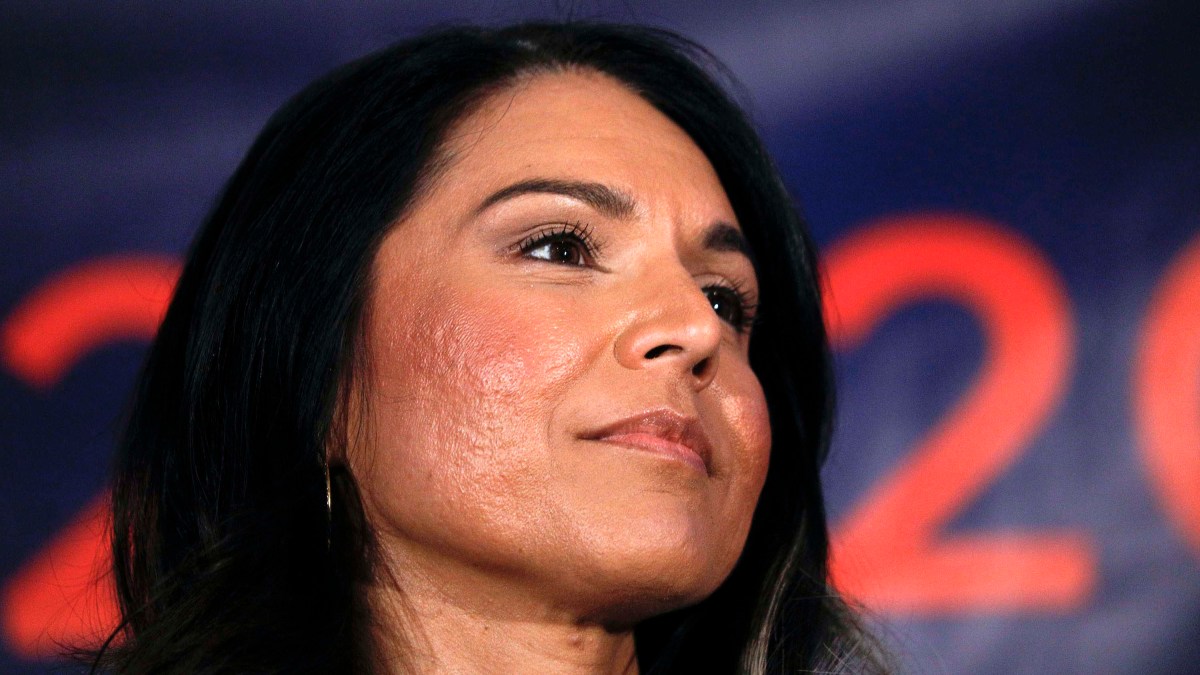 Hawaii congresswoman Tulsi Gabbard is suspending her presidential campaign, ending a long-shot effort that saw her feuding with Hillary Clinton and raising fears among Democrats that she would mount a third-party 2020 bid.

She’s offering her full support to former Vice President Joe Biden. She made the announcement by email on Thursday.

“I feel that the best way I can be of service at this time is to continue to work for the health and wellbeing of the people of Hawaii and our country in Congress, and to stand ready to serve in uniform should the Hawaii National Guard be activated,” she said in an email.

During her candidacy, Gabbard appeared often on Fox News and angered fellow Democrats by voting “present” on the articles of impeachment against President Donald Trump. In October, she announced she wouldn’t be seeking reelection to her congressional seat, instead focusing on her presidential bid.

Gabbard attracted a sizable following in New Hampshire, where she frequently campaigned ahead of the state’s February primary. Some past supporters of Vermont Sen. Bernie Sanders in the state warmed to her campaign over time, and she espoused a similar outsider approach to Sanders’ 2016 run, which Gabbard supported.

She was also part of what once was a historically diverse Democratic field. The 38-year-old American Samoan’s campaign website described her as “the first Hindu to run for president and first practicing Hindu in Congress.” And as one of the youngest candidates in the field and a military veteran, Gabbard outlasted senators and governors who came into the large Democratic primary race with higher profiles.

Yet Gabbard’s 2020 campaign was also quick to attract questions from voters. The Hawaii congresswoman has faced backlash for her 2017 meeting in Syria with Syrian President Bashar Assad, whose government has been accused of chemical weapons attacks against its own citizens.

And with a primary challenge looming, she announced in October she would not run for reelection to her Hawaii congressional seat. Gabbard’s decision became public shortly after a public feud with Clinton, the 2016 Democratic presidential nominee. In a podcast interview, Clinton appeared to call her “the favorite of the Russians” and said she believed Republicans have “got their eye on somebody who’s currently in the Democratic primary and are grooming her to be the third-party candidate.”

Gabbard responded by calling Clinton the “personification of the rot that has sickened the Democratic Party for so long.” In January, she filed a defamation lawsuit against Clinton, saying Clinton’s comments were based on either her own imagination or “extremely dubious conspiracy theories” that any reasonable person would know to be “inherently and objectively unreliable.”

As most of her Democratic House colleagues voted to impeach Trump in December, Gabbard chose to vote present on the two articles of impeachment. Former Hawaii Gov. Neil Abercrombie called for Gabbard to resign over the vote and said she wasn’t doing her job representing Hawaii.

“Look, I did not take the easy vote,” Gabbard said after returning to the campaign trail. “I took the vote that I felt was in the best interest of our country and standing in the center to be able to bring the country together, to be able to begin this reconciliation that I think is so necessary in this terribly divided moment in our country.”

Questions over whether Gabbard would mount a third-party run in November’s general election continued following her feud with Clinton. Even as she was questioned for her present vote on the impeachment articles, Gabbard maintained that a third-party campaign was not something she was considering.

The field of Democratic 2020 presidential candidates is down to former Vice President Joe Biden and Vermont Sen. Joe Biden.