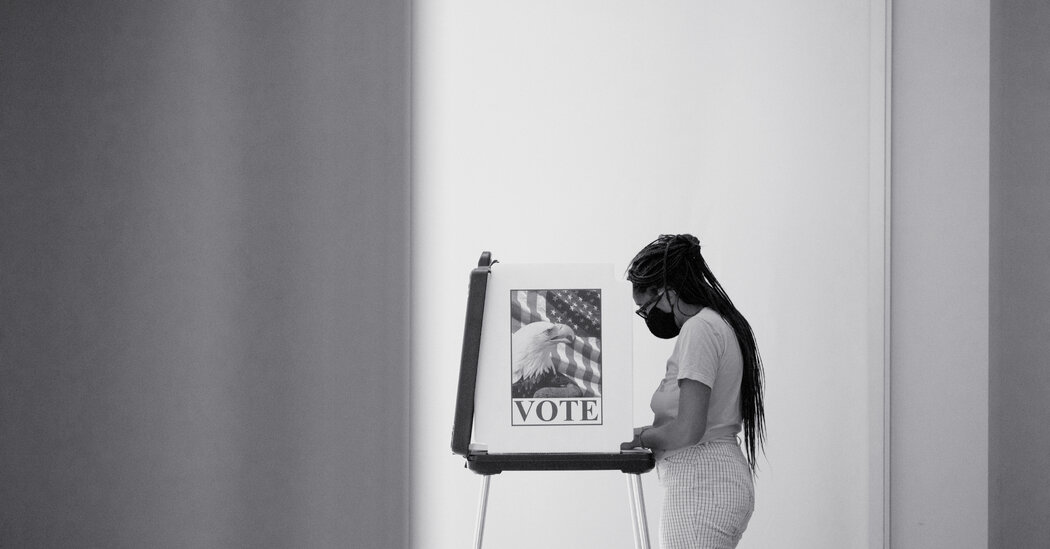 The specter of widespread voter fraud has been a cornerstone of President Trump’s efforts to dispute the Nov. 3 election should he lose. A New York Times Magazine investigation published on Wednesday has found that the idea, based on a flimsy set of sensationalist, misleading or outright false claims, was intentionally planted in the public discourse as part of a decades-long disinformation campaign by the Republican Party and outside actors.

Though the goals of the campaign complement and build on long-running disenfranchisement efforts aimed at Black and Latino voters, the investigation shows that the Trump administration has used the full force of the federal government, from the Department of Homeland Security to the Postal Service, to prop up limp claims of fraud as no White House has ever before.

The strategy was hatched soon after Mr. Trump won the 2016 election and has included the involvement of top officials, including the president and Vice President Mike Pence.

Despite the attention paid to it by administration officials and right-wing media, voter fraud is a largely nonexistent problem. Law enforcement investigations have repeatedly failed to find major wrongdoing in cases hyped for political gain, often based on sloppy data analysis.

To get the full scale of the disinformation efforts and the facts behind the claims, read the entire investigation here. It is based on a review of thousands of pages of court records and interviews with more than 100 key players.

But for those with limited time, here are the main takeaways.

Trump is taking an old strategy to new extremes.

Efforts to suppress the vote are nothing new. Politicians in the Reconstruction era tried to deny the vote to newly freed slaves; the passage of the Voting Rights Act in 1965 led to a raft of new efforts to restrict access to the polls; and throwing out ballots on claims of fraud may have delivered President George W. Bush his pivotal, razor-thin victory in Florida in 2000.

What’s different now is the extent to which the administration has focused on such claims, and the involvement of various arms of the government. Within weeks of his inauguration, Mr. Trump began setting up a commission to investigate voter fraud that was ultimately disbanded after a flurry of lawsuits. (Its duties were transferred to the Department of Homeland Security.)

At least four major agencies, including the Centers for Disease Control and Prevention and the Postal Service, have been pulled into voter-fraud claims. In one case, the C.D.C. quietly altered its guidance about mail-in voting to make misleading claims about the safety of absentee ballots.

Its elections webpage no longer specifically mentioned mail-in voting as a safer alternative to in-person voting. The changes, which have not been previously reported, addressed mail ballots only in a brief section about possible dangers associated with them, suggesting that workers allow mail to sit for a few hours before handling it “to further reduce risk” and to carefully disinfect all machinery that comes into contact with it. Its final point: “Mail-in voting can make it more difficult for voters with disabilities to exercise their right to vote.” This was misleading. Mail voting is the primary means of voting for many people with disabilities.

Pence played a larger role than was previously known.

In 2016, the vice president touted a case that he has portrayed as a major voter-fraud scheme in his home state, Indiana. But the case involved registration applications that had been flagged by the group that submitted them, and most charges were dropped.

His office also played a large role in the defunct voter-fraud commission. Mr. Pence assigned two senior aides to the team, including his general counsel at the time, Mark Paoletta.

The commission included Matthew Dunlap, a Democrat who, as Maine’s secretary of state, bonded with Kris Kobach, the Kansas secretary of state who effectively ran the operation. Mr. Dunlap said he was quickly sidelined after others began to consider him a “saboteur” when he questioned their tactics.

Dunlap came to see Kobach and his cohort as “voter-fraud vampire hunters” who treated any rare example of actual fraud, no matter how accidental or inconsequential, as proof of its ubiquity.

Most claims of fraud have fallen apart upon investigation.

Many claims about supposed fraud center on dead voters, double voters and noncitizen voters — the professed targets of efforts to remove a vast number of names from voter rolls. But the names selected for removal are often based on sloppy data analysis, and hundreds of thousands of legitimate voters have been wrongfully blocked in the efforts, despite scarce examples of such fraud actually happening.

Law enforcement has also played a crucial role in promoting the myth. Republicans have repeatedly pointed to investigations and indictments related to supposedly widespread voter fraud — but subsequent investigations have usually failed to find any such thing.

Still, Democrats are worried that Attorney General William P. Barr could focus on such accusations as legal justification for Mr. Trump’s calls to send federal law enforcement to polling stations on Election Day.

It is remarkable, but not at all accidental, that a narrative built from minor incidents, gross exaggeration and outright fabrication is now at the center of the effort to re-elect the president. As we approach an election in which the threat of voter fraud is being used as a justification for unprecedented legal and political interventions in our democratic process, it is important to understand what this claim actually represents: It is nothing short of a decades-long disinformation campaign — sloppy, cynical and brazen, but often quite effective — carried out by a consistent cast of characters with a consistent story line.