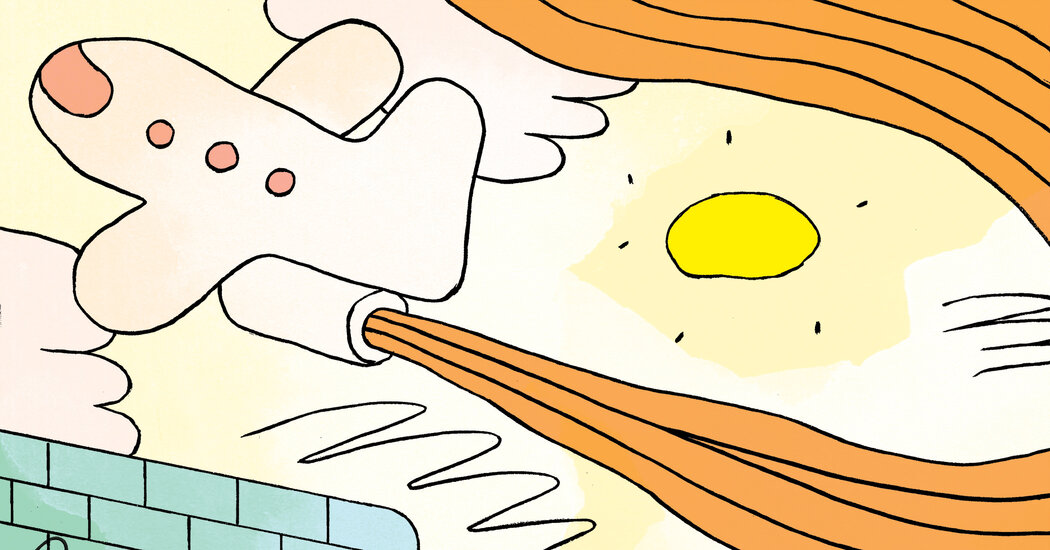 Readers debate whether solar geoengineering, advocated in a guest essay, is a good way to address global warming.

Re “Should We Mess With the Atmosphere?,” by David Keith (Opinion guest essay, Sunday Review, Oct. 3):

Dr. Keith makes the case for solar geoengineering, whereby a fleet of airplanes dumps vast quantities of reflective chemicals into the upper atmosphere to block sunlight. What could possibly go wrong?

While bold, creative thinking has its place in addressing the climate crisis, this is not the time to play fast and loose with the only planet we know that can support life. The Intergovernmental Panel on Climate Change has shown that we can still avert a dangerous planetary warming of 1.5 degrees Celsius (2.7 degrees Fahrenheit) if we enact deep, sustained emissions reductions this decade, as the Biden administration has pledged to do by embracing a rapid transition toward clean energy.

That’s where our collective focus must be going into the crucial international climate summit next month. By taking swift, decisive action to reduce emissions this decade, we reserve the right to begin cooling the planet midcentury, the safe way.

Kim M. Cobb
Michael E. Mann
Dr. Cobb is a professor in the School of Earth and Atmospheric Sciences at the Georgia Institute of Technology. Dr. Mann is director of the Earth System Science Center at Pennsylvania State University.

We are addicted to fossil fuels, deforestation and overpopulation. Addressing global warming via technology is like asking a bartender to help with alcoholism.

The best solution is not to double down on more technology, but rather to reduce human activity and re-establish forests. We have exhausted the planet’s carrying capacity for machine-wielding humans. It is not engineers who can show us the way; it is ethicists. Our great challenge is to determine a morally sound way to persuade one another to reverse course.

In biblical terms, God arranged things so that creatures who release carbon dioxide into the atmosphere live in harmony with plants, which sequester it. Technology is Eve’s apple. We have to stop gorging on those apples.

Further worship at the altar of technology only fosters continued denial. The solution is fewer humans, less technology and more trees.

David Keith argues that it is time to experiment with distributing small particles (aerosols) in the atmosphere for the purpose of reducing the amount of sunlight reaching Earth’s surface. Within the scientific community such efforts are called solar radiation management (S.R.M.).

We agree that global S.R.M. might be feasible, but it must have multinational leadership. This would require a Manhattan Project investment scaled up by several orders of magnitude. Only through international research, development, testing, manufacture, deployment and governance could worldwide public support for S.R.M. experiments be possible.

Lastly, as we stress in our presentations to NASA, S.R.M. is a palliative. It is analogous to administering morphine to a burn victim who might otherwise die of shock. Our injured planet would live a little longer.

In his advocacy of solar geoengineering, David Keith does not honestly describe the Faustian bargain it represents. Once begun, sulfate aerosol injection would have to continue indefinitely in order to avoid a large, ecologically devastating spike in global temperatures from continued greenhouse warming — and ever-increasing amounts of sulfate would be needed over time because the aerosols will tend to accrete into larger droplets, becoming less reflective and more prone to falling back to Earth.

It’s terrifying enough that the effects of long-term sulfate injection on regional weather patterns are unknown and that we have no international governance framework for intentional manipulation of the global atmosphere. But even more sinister is the fact that solar geoengineering would block sunlight used for solar energy generation — thereby undermining one of the most promising ways of ending our addiction to fossil fuels.

Dr. Keith’s arguments reflect the same mentality that has caused the climate crisis in the first place: that we can outwit Nature and blithely assume there will be no unintended consequences.

Marcia Bjornerud
Appleton, Wis.
The writer is a professor of geosciences at Lawrence University.

David Keith appropriately calls for greater research and public debate on solar geoengineering. But he trivializes substantial global governance questions that should be thoroughly addressed before any real-world interventions are undertaken.

Injecting sulfur into the atmosphere, a pollutant and precursor to acid rain, could set back half a century’s efforts to improve air quality. That would also risk the stratospheric ozone layer, a fragile but essential resource that is now healing only thanks to a multi-decade global effort. As Dr. Keith acknowledges, issues of global social justice are interwoven throughout any meaningful discussion.

But what institution is to decide what are the tolerable environmental harms, or the priorities of the world’s poor? For one state or rogue private actor, however well intentioned, to put solar radiation management proposals into operation could cement these outcomes literally for the entire planet.

The upcoming U.N. Climate Change Conference in Glasgow is the forum in which these proposals should be set out and debated before altering the planet in ways that could have unintended and irreversible consequences.

David Keith outlines quite a compelling argument for the use of solar geoengineering to mitigate our warming world. But aside from the potential unintended climatic and ecological consequences of seeding the stratosphere with sulfuric acid droplets, I can’t help but wonder how such a project would fare given the current political climate. What sort of conspiracy theories could we expect to precipitate into our daily discourse?

We are just starting to experience some of the disasters that have been predicted for years by climate scientists, and we may have turned a corner from which no recovery is possible without technological intervention. Just the release of ginormous quantities of methane from the now melting permafrost could accelerate global warming far beyond current predictions. As pessimistic as are current reports, we may soon regard them as having been far too sanguine.

However, the solutions presented by David Keith stagger credulity. His first proposal involves carbon (dioxide) capture, an insane idea that has been discussed for years. What are they thinking? Nature’s photosynthesis converts carbon dioxide into carbon and oxygen, replenishing the atmosphere with fresh air. Carbon dioxide capture would bury two atoms of oxygen for every atom of carbon. How long would it take for the next crisis, not enough life-giving oxygen in the atmosphere?

There is an obvious solution that does not involve further destruction to our precious world. Why not use NASA and space science? Why not work on developing giant reflective membranes that could be deployed in close earth orbit to provide some shade for the planet until we can reduce our pollutants?

We could get immediate cooling and perhaps some relief before it is too late. This would certainly be a more appealing approach than further destruction of the environment.

Also required is that in every election, we support representatives who push for climate change action and vote out those who don’t.