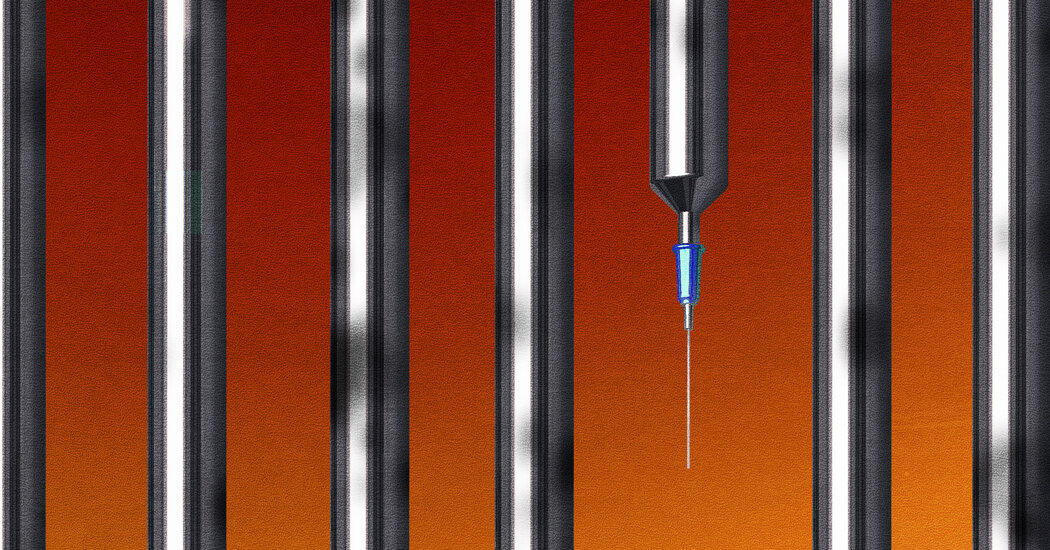 “Everyone’s being offered the vaccine. It’s Johnson & Johnson — one and done,” a bald administrator announced as he walked through the block. “It’s not mandatory! The officer is coming around with a list. Let him know — yes or no!”

It was early April at Sullivan Correctional Facility, the maximum security prison in the Catskills where I am incarcerated. In late March, a judge ruled that New York needed to offer vaccines to all prisoners. But even when we became eligible, many were not exactly eager to get the vaccine.

I’ve been locked up nearly 20 years, and I became a journalist in the joint. This past year, I’ve watched waves of Covid-19 hit the prisons I was in, first Sing Sing in Westchester, then Sullivan in the Catskills. I recently documented Sullivan’s lockdown saga in The Times Magazine. Now, I’m worried the corrections system will get the vaccine rollout wrong.

Distrust for the American government is almost palpable within the country’s prison walls. Many incarcerated people doubt the vaccine’s safety. Others question whether other substances will actually be shot into their arms. Administrators seldom build trusting relationships with prisoners. Now, with Covid-19 raising the stakes, that us-against-them mentality is putting all of us in danger.

Thomas Mailey, a spokesman for the New York State Department of Corrections and Community Supervision, said he was not able to provide a percentage of staff who had been vaccinated because “the vaccine is not mandatory and staff are not required to report to D.O.C.C.S.” if they have signed up independently for the vaccine.

When a corrections officer came around to ask if I wanted the vaccine early last month, I said yes. Then I asked if he took it. He said no. A week later, federal health agencies called for a pause in use of the Johnson & Johnson so they could examine a rare blood-clotting disorder that emerged in six recipients; the pause has since been lifted. Though I knew I’d take it when it got cleared and became available, among my prison mates the pause on the one-shot vaccine heightened hesitancy even more.

When the vaccine was first offered, many of my peers had questions. Loreto Ferri, 51, who sports a gray pushback hairdo, has been in nearly 17 years for robbing banks with notes. His nickname, which his grandmother gave him years ago, is Cheech; he’s a bit bitter because in January he was denied parole for the third time, just as a wave of Covid-19 came to Sullivan. When the corrections officer offered the vaccine initially, Cheech said he would take it, he told me. Then a few weeks later he told me that “with these blood clots” and other things he was hearing, he was having second thoughts, adding that he thought he had already had Covid-19 last year.

To quell that hesitation and distrust, administrators should ask for help. D.O.C.C.S. should tap influential prisoners to disseminate accurate vaccine information, for instance. A dozen or so charismatic incarcerated people could work their way through the facility on a vaccine campaign. We’re off lockdown now, and movement in New York prisons has resumed. We’re in the yard, jogging, playing ball and lifting. Visits have resumed (though there’s still no physical contact allowed.)

In my mind, this can be a campaign of information and education, not persuasion. We already have inmate liaison committees, which were established after the Attica uprising. A handful of prisoners elected by the population meet periodically with administrators to discuss the population’s gripes, then deliver the responses back to their peers. Mr. Mailey said that D.O.C.C.S. is currently taking steps to encourage vaccination, including producing a video featuring incarcerated people who have been vaccinated.

In the meantime, we deserve more transparency from the D.O.C.C.S. and the state health officials. We want to know what privileges will return for those of us who agree to be vaccinated. For example, before the pandemic, we were allowed contact and conjugal visits. Clarifying how these privileges will resume will surely incentivize more people to get the vaccine.

When I think about spreading good information in prison, Lawrence Bartley comes to mind. He and I served time together in Sing Sing, before I was transferred to Sullivan last year. In 2018, after 27 years, he got out and was hired by the Marshall Project, a nonprofit news organization that covers the criminal justice system. (I’m a contributor.) Right away, he saw a need: Incarcerated people had no way to read the Marshall Project’s journalism.

So Lawrence founded News Inside, a print magazine that today reaches hundreds of prisons and jails around the country. It consists of selected articles from the Marshall Project that Lawrence feels people in prison must read, including information about vaccines.

I recently showed Cheech the new issue of News Inside. After reading it and reflecting a bit more, Cheech decided that taking the vaccine is the responsible thing to do — both for him and for society. But at the same time, he resents that the parole board didn’t think he was good enough for that society. Even so, he said, “When it comes, I’ll take it.”

But when the Johnson & Johnson vaccinations did arrive in Sullivan on the last Friday in April, carried by a crew of D.O.C.C.S. nurses, who set up stations in the facility gym, Cheech’s cell didn’t open.

I found myself on a long line with my peers in green. When someone asked the corrections officer if he took the vaccine, he shook his head. “It’s not tested enough,” he said, “It’s the flu.” (Mr. Mailey said: “The department has no comment on a conversation that may or may not have occurred.”)

I stopped at a table and filled out a form as another guy signed a refusal next to me. Men who’d just gotten the shot were sitting in chairs on the basketball court. I sat at a station and a male nurse stuck the needle through the Attica watchtower tattooed on my left shoulder.

When I got back to the cellblock, Cheech told me that, after all that, the corrections officer told him he wasn’t on the list. Many of our peers, even those who had signed up for it, ended up not getting it that day. My informal polling suggested that about half of us on the block were vaccinated by then.

This number pretty much tracks with what Mr. Mailey said: that roughly 45 percent of incarcerated individuals have expressed interest in receiving the vaccine, though not all have yet received it. He added that the department would survey the population again starting in late May.

Sure enough, last Friday, the Sullivan nurse administrator called the guys who refused the vaccine down to the clinic, block by block, and asked if they’d reconsider taking the Johnson & Johnson vaccine. Cheech was among the 20-some initial refusers called down from our block.

In the clinic, “you weren’t getting a whole lot of information,” Cheech told me afterward.

After a two-minute speech, the nurse asked the men to form a line, asked for their names and asked them to say yes or no. “I said yes. I think I was the only one,” Cheech said. “I kept hearing everyone in front of me say no.”

John J. Lennon is a contributing editor for Esquire. He’s incarcerated in Sullivan Correctional Facility and will be eligible for parole in 2029.