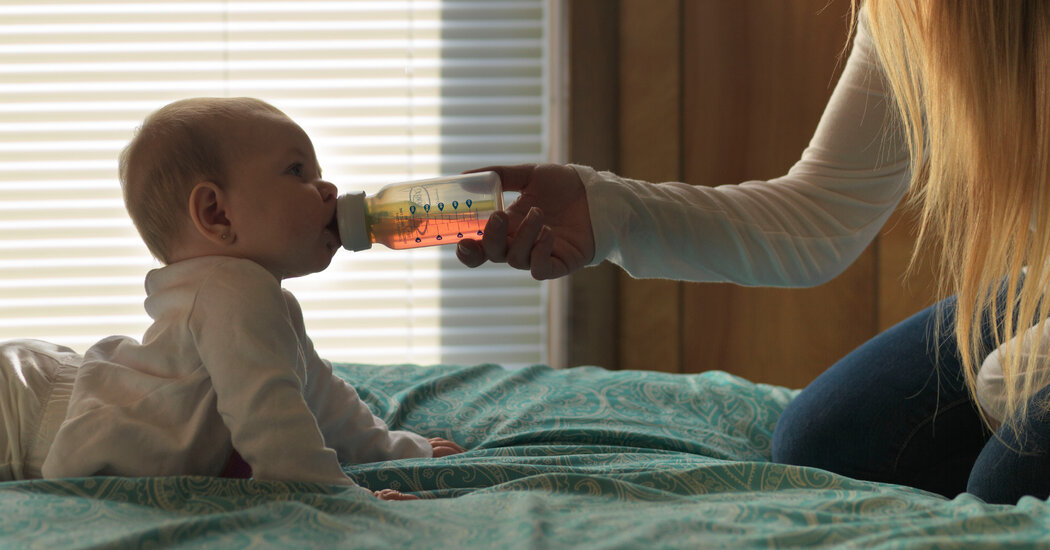 The declining American birthrate is a frequent preoccupation of this column, and over the years that I’ve been writing about the problem it’s only gotten worse, with the apparent Covid-19 baby bust a punctuation mark.

But with the pandemic’s end inspiring various forms of optimism, hopes of faster growth and scientific breakthroughs, it’s worth considering what optimism about the future of fertility might look like. Because if you assume that dynamism and growth are desirable things (not everyone does, but that’s a separate debate), then for the developed world to be something more than just a rich museum, at some point it needs to stop growing ever-older, with a dwindling younger generation struggling in the shadow of societal old age.

So what would it take for our demographic decadence to end — for sub-replacement fertility to climb back to replacement levels, for the gap between desired family size and actual births to close, for Americans to have enough kids to sustain our country’s population?

Let’s consider three possible scenarios. In the first one, it’s all about financial and professional security: If you give young people confidence in their economic future and their ability to achieve work-life balance, they’ll be much more likely to have the kids they say they want, which would be enough to pull the birthrate all the way back up.

The crude version of this hypothesis, that America has a baby bust because we don’t spend enough on the social safety net, is clearly wrong: Many European countries have lower birthrates than ours despite more generous child allowances and maternity benefits. There’s decent evidence that direct spending on families pushes birthrates up, but on the margins rather than dramatically.

But maybe what you need is both — to give families more money and parental benefits and to give them a long economic expansion whose gains are widely shared. Call this the Joe Biden-baby-boom hypothesis, which we may be about to test: If you spend on family benefits and run the economy hot enough, maybe fertility rates will finally begin to float back up.

This is the ideal scenario for pronatalist liberals, because it would mean more kids without more social conservatism. The second scenario for a fertility recovery, though, involves exactly that: a kind of neo-traditionalist turn, answering the socially liberal swing of the last two decades, that leads to people marrying earlier and having more kids for reasons of values rather than just economics.

Something like this arguably happened in the Ronald Reagan and Bill Clinton years. U.S. birthrates fell precipitously during the social revolutions of the 1960s, but they stabilized and began to rise again, nearing replacement level in the 1990s, a trend that overlapped with a modest religious recovery and a mild backlash against liberalism. (And also, as I noted last week, with the Meg Ryan-Julia Roberts silver age of the romantic comedy.)

You can read a prophecy of what a new conservative shift might look like from the pseudonymous Substack writer Default Friend, who offers a number of suggestions for how younger Millennials and Generation Z might begin flirting with traditionalism — via a sudden fascination with “wholesome” cultures like the Mormons and the Amish, an anxiety about fertility-disrupting chemicals and the sex-robot dystopia, a vogue for matchmakers, a revolt against the professional-class expectations around delayed childbearing and more.

All of these possibilities, though, imply a certain amount of cultural conversion — people raised with liberal social norms consciously making a choice for a different way of life. Whereas a third possibility is that a deep fertility decline is more likely to end gradually, through a kind of slow selection process rather than abrupt conversion.

By selection I mean that as fewer people have children, the ones who do have kids will be an increasingly distinctive population — not specifically conservative or religious, necessarily, but couples who will have written new scripts for romance, discovered new models for child rearing and burden-sharing, in a cultural and technological landscape that’s torn the older models up.

So then the children and grandchildren of these trailblazers, inheriting both the new models for family formation and the world itself, would be the ones who drive some future baby boom.

But if the Biden boom is a short-term scenario for fertility recovery, and the conservative turn a 10- or 15-year scenario, this selection-driven scenario would take multiple generations to show up. And in the meantime, America’s present birthrate is by no means the lowest imaginable: South Korea, for instance, now averages less than one child per woman — half replacement rate, with unprecedented depopulation looming.

So that’s a crucial reason to hope for recovery on a quicker timeline: not just because more babies sooner would be better, but because on the current cultural trajectory, there’s a lot of distance left for us to fall.