Joe Biden has made overtures to progressive Democrats by saying he’ll upgrade his campaign’s health plan. Specifically, after peace talks with Senator Bernie Sanders, he vowed to add a provision to open up Medicare to Americans aged 60 and over (the current age is 65).

That’s an important and valuable step. Yet even with it, Mr. Biden’s proposal still falls well short of where it should be, given the harsh realities laid bare by the pandemic.

If he is serious about achieving affordable health care for everyone, he needs to look more closely at the health care ideas of his former rivals. And no, I don’t mean Bernie Sanders.

Mr. Biden is correct that Mr. Sanders’s Medicare for All plan — with its threat to existing private plans and big tax requirements — is politically perilous. And he’s correct that a well-designed “public option” (a government insurance plan based on Medicare) could achieve many of the same goals with much less peril.

Yet proposals that include a public option differ greatly in ways that really matter — not just for how many people they cover, but for whether they tackle the affordability crisis that threatens to put health insurance out of reach for more and more Americans. And, unfortunately, Mr. Biden’s plan doesn’t include key features of the most effective such proposals.

The core argument for the public option is that it wouldn’t frighten or disrupt the lives of the roughly 150 million Americans who had employment-based insurance before the pandemic (roughly 10 million of them have likely lost their coverage in the past month, according to the Economic Policy Institute). But that raises an obvious question: What assurances are being provided that those with such plans will continue to have them, be able to afford them, and not be clobbered by bills not paid by them?

After all, even before the current crisis, premiums and out-of-pocket spending were rising rapidly for insured Americans. Last year, the total premium for family coverage (worker plus employer) cost an average of $20,000. Meanwhile, deductibles have more than tripled since 2008. And while virtually all large employers offer coverage, firms with fewer than 200 workers — which employed roughly four in 10 Americans before the pandemic — have continued their retreat from sponsoring insurance.

The basic problem is simple: Health care prices are rising much faster than wages, and private insurers haven’t been able to do anything about it, except narrowing their networks or raising out-of-pocket costs. Nor have employers shown the clout to push back, which is why they’re making their workers pay more — or getting out of the system altogether.

By contrast, Medicare does have effective tools for restraining prices, which is a major reason Medicare for All has gained ground. But universalizing Medicare isn’t the only way to tackle the affordability crisis. Lots of rich countries have multiple health plans and sensible pricing. To achieve this, however, requires major changes that the Affordable Care Act, for all its value, didn’t deliver.

First, there have to be much higher standards for all health plans, so they provide broad benefits without shifting costs onto patients. Second, these plans should cover everyone — not just because losing coverage is the ultimate affordability crisis (as we’re tragically learning), but also because universal coverage facilitates uniform, reasonable pricing. Third, there has to be a plausible way of financing this high-standard coverage as its reach broadens and costs rise.

Which brings us to the biggest prerequisite for success: power to push back on prices. If expanding Medicare is the route to broader coverage, then Medicare needs the reach and authority to rein in costs — for drug prices and medical devices as well as doctor and hospital charges. The alternative is a cycle of disappointment, in which gains in the breadth and generosity of coverage are continually undermined by skyrocketing prices.

In short, how you design the public option matters. You have to get people in it, and give it the authority needed to push back against an increasingly consolidated delivery system.

We can see these differences if we compare Mr. Biden’s proposal with the most ambitious public option plan offered during the campaign: the “transition” plan proposed by Elizabeth Warren after she backed away from an immediate leap to Medicare for All. Her transition plan is itself a more robust version of a public option proposal introduced in Congress by Representatives Rosa DeLauro and Jan Schakowsky (which, full disclosure, I helped design).

who would shift from

No new taxes on 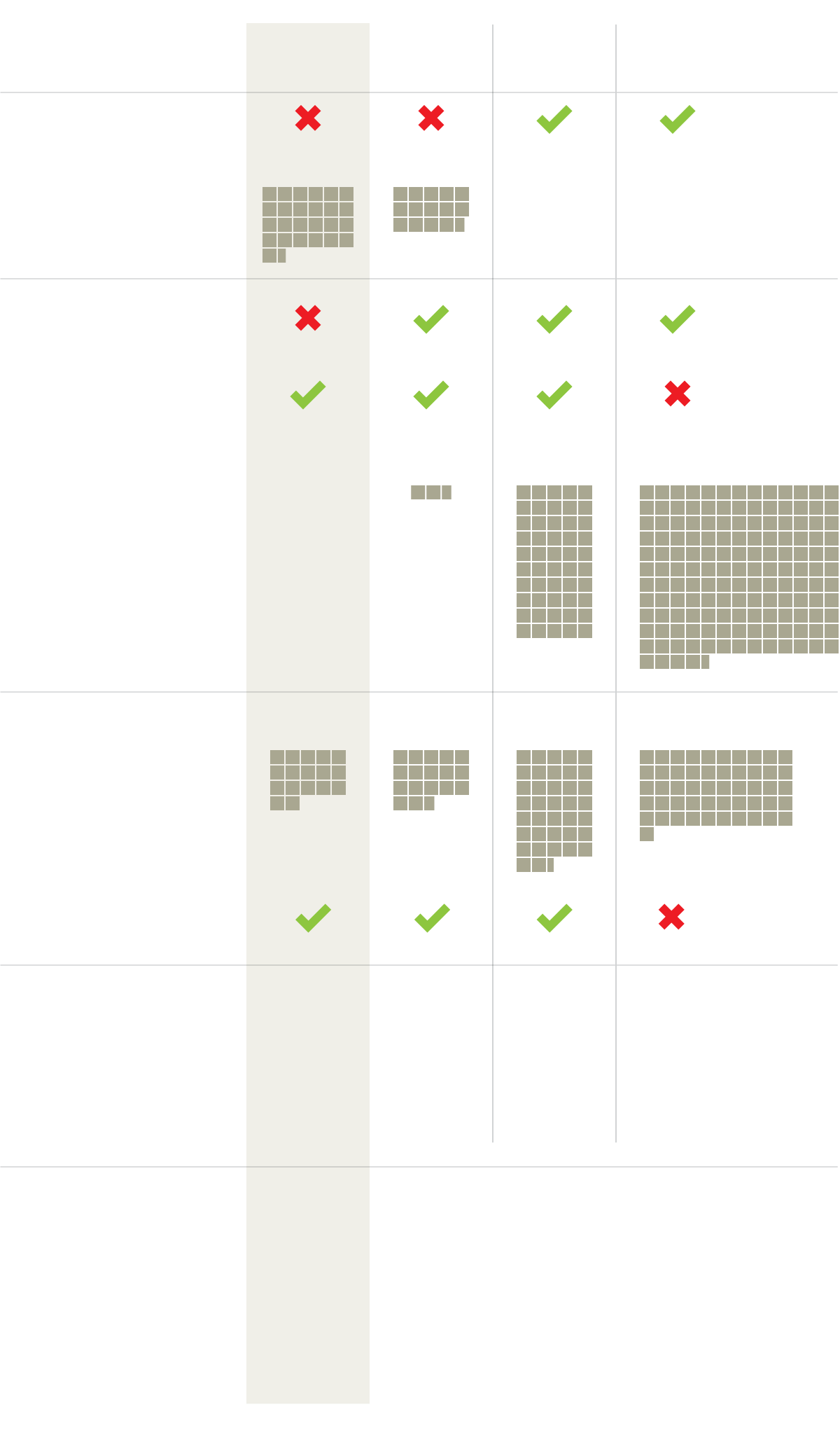 Millions of people who

would shift from employer

No new taxes on the

Premium cap for those

Although we don’t have detailed budget “scores” like those the Congressional Budget Office provides for legislation before enactment, a number of independent organizations have looked at plans that resemble Mr. Biden’s and Ms. Warren’s, as well as Mr. Sanders’s, using sophisticated models.

The bottom line is that Mr. Biden’s plan would not achieve universal insurance and would leave many with private insurance continuing to face high costs. Yes, his plan also has a relatively modest 10-year cost. But, partly for that reason, it would expand the reach of federal insurance only modestly, which means in turn it would be unlikely to rein in prices on its own.

Ms. Warren’s public option is very different. It would offer broader benefits on more generous terms than any existing proposal besides Mr. Sanders’s, including free coverage for everyone under age 18. Her public option would automatically enroll everyone younger than 50 who lacked alternative coverage. Those over age 50 would be able to enroll directly in Medicare — that is, a full decade before they could join Medicare under Mr. Biden’s current proposal.

Ms. Warren’s plan also includes a number of specific measures to reduce the prices paid by the federal government. Moreover, her public option is so generous, it’s certain to get substantial enrollment, so that pricing power will reach a big and growing share of the market.

Indeed, Ms. Warren’s public option is so generous that if it were set up, tens of millions of insured Americans with workplace coverage would likely jump into it. (Mr. Biden also allows those with employer-sponsored insurance to enroll in the public option, but his public option is much less attractive.) Based on an independent analysis of a similar plan I developed roughly a decade ago, I estimate that 50 million Americans would immediately enroll, with the number rising over time.

The big challenge with Ms. Warren’s proposal is that it also would involve much more new tax financing than Mr. Biden’s. Still, there’s ample ground between the two approaches for a broader, better public option than Mr. Biden’s. It wouldn’t be hard to add stronger measures to enroll people who lack alternative coverage — to make the public option essentially a default source of coverage for everyone without private workplace plans. Nor would be it be hard to make sure that these private plans meet high (and rising) standards. And Mr. Biden’s public option would have more long-term potential if he committed himself to beefing up the federal government’s pricing power while making his promised benefits more generous.

Whether or not these steps would be good for his candidacy, they would be good for Americans who desperately want to know they’ll have quality coverage not tied to a specific job that won’t keep piling health care costs onto them.

Jacob S. Hacker, a professor of political science at Yale, is the author of “The Great Risk Shift: The New Economic Insecurity and the Decline of the American Dream” and, with Paul Pierson, the forthcoming “Let Them Eat Tweets: How the Right Rules in an Age of Extreme Inequality.”