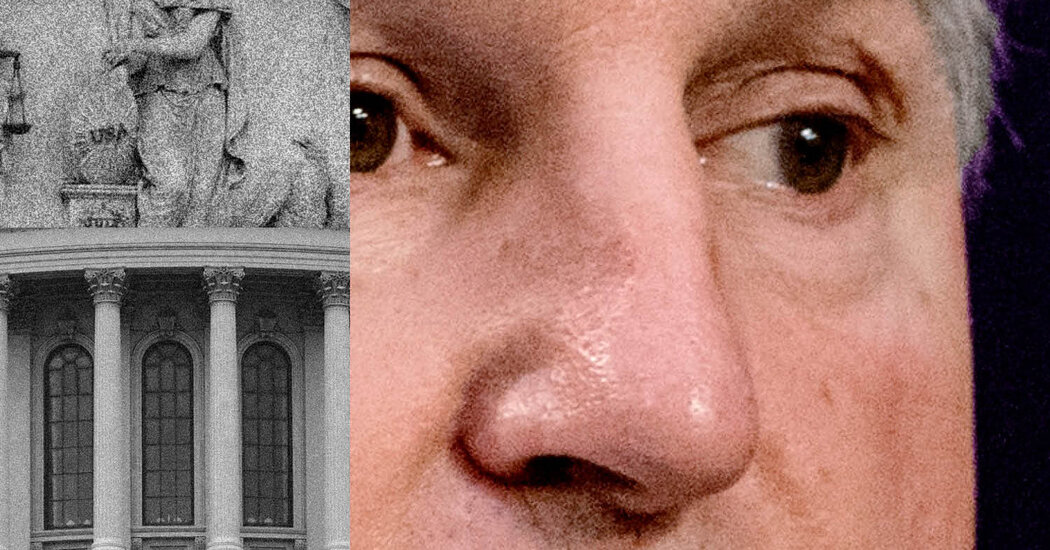 The United States urgently needs a functioning Senate, which operates, in the words of the former vice president and senator Walter Mondale, as “the nation’s mediator.” Unfortunately, what we have instead is a body that, among other things, cannot pass a bill to create an independent commission to examine the Jan. 6 insurrection or to defend national voting rights.

Senators must confront what has proved to be a debilitating obstacle: the legislative filibuster — more precisely, the minimum 60-vote supermajority requirement for most legislation.

This problem has fallen to Senate Democrats, who hold a narrow majority, and Senator Joe Manchin of West Virginia will be a decisive vote for any reform of the arcane rule. Mr. Manchin has defended the need for the filibuster, often citing the legacy of his predecessor Robert C. Byrd.

Mr. Byrd was the keeper of the Senate flame: The longest-serving senator and its foremost parliamentarian and historian, he never stopped believing that the Senate was “the premier spark of brilliance that emerged from the collective intellect of the Constitution’s framers.”

He might be an inspiration to senators like Mr. Manchin as they consider the filibuster, but that inspiration should push against devotion to an outdated, often abused and damaging rule. The filibuster should not shape the workings of the Senate, but the other way around. For Mr. Byrd and other senators of his era, the overriding goal was to ensure not that certain rules were respected above all else but that the Senate could deliver for the nation — even if it meant reforming rules like the filibuster.

The arc of Mr. Byrd’s half-century career in the chamber is instructive. In the deliberations around the 1964 Civil Rights Act, he conducted one of the most disgraceful filibusters in Senate history, joining a two-month effort by Southern senators to derail the landmark legislation. But about 13 years later, Senate Democrats showed their confidence in his changed attitude by making him majority leader. He repaid their trust by becoming one of the greatest leaders in Senate history (and later expressed regret for that filibuster).

Mr. Byrd once said that “filibusters are a necessary evil, which must be tolerated lest the Senate lose its special strength and become a mere appendage of the House of Representatives.” But his later actions clearly demonstrated a changed view of the uses and potential abuses of the filibuster. The nightmare scenario of a paralyzed Senate that could not pass urgent legislation was always on his mind.

When he became Senate majority leader in 1977, Mr. Byrd confronted an ingenious form of obstruction utilized by Senator Jim Allen, a conservative Democrat from Alabama — the postcloture filibuster. Mr. Allen found a way to delay the passage of bills by filing numerous amendments and requesting attendance calls even after 60 senators had agreed to invoke cloture, meaning that debate was coming to an end.

Mr. Byrd recognized this obstruction as a mortal threat to a functioning Senate. Working with Vice President Walter Mondale, who was presiding in the Senate, Mr. Byrd moved forcefully to crush the next post-cloture filibuster in 1978 (this time brought by two liberal Democrats).

At the beginning of the next Congress in 1979, Mr. Byrd and the minority leader, Howard Baker, created a bipartisan group that worked out a major revision of the rules to curb the use of postcloture filibusters. In the 1980s, Mr. Byrd orchestrated a series of parliamentary rulings to further restrict the filibuster.

Filibusters used to be real but rare, reserved for truly major issues. The constant use of the filibuster as a partisan weapon is a product of the past two decades, particularly the last 12 years, correlating with the Senate’s downward spiral into bitterness and gridlock. When the Senate was at its best — from the 1960s through the 1980s — it regularly had intensive debates and passed major legislation without filibusters. The Senate often approved landmark legislation with fewer than 60 votes, including the loan guarantees needed to rescue New York City in 1978 and the Chrysler Corporation in 1979. Each passed with 53 votes, because the senators were satisfied that the issues had been debated fully.

It is fundamental to the distinctive nature of the Senate that the minority party must have its rights protected. But the best way to do that is through regular order — a legislative process that involves public hearings, committee work in which bipartisan understanding of issues develops and principled compromise occurs, and a vigorous amendment process and serious debate on the Senate floor, leading to a final vote, with the majority prevailing.

Moreover, there is no convincing rationale for establishing two classes of legislative action. It should be unacceptable that the $2.1 trillion tax cut in 2017 or the effort to repeal the Affordable Care Act could be done by majority vote (through reconciliation) but that 60 votes are required before helping the Dreamers, requiring background checks for guns, combating climate change or protecting the right to vote.

A Senate that operates by majority vote empowers Mr. Manchin and other dealmakers from both parties because their votes become decisive. A minimum 60-vote requirement empowers obstructionists, particularly one named Mitch McConnell, who has turned the Senate into a partisan instrument to block Democratic presidents from governing.

This year, Mr. McConnell disabused any naïve observers who thought his long relationship with President Biden would change his behavior, getting every Senate Republican to oppose the president’s popular American Rescue Plan. Mr. McConnell more recently stated that he was “100 percent focused” on stopping the Biden administration. He deserves to be taken at his word but not permitted to hold the Senate, and our country, hostage.

Today’s Senate includes many able public servants on both sides of the aisle. They should give themselves the opportunity to work with the Biden administration to hammer out the laws that America needs rather than lock themselves into preordained paralysis and failure.

Ira Shapiro, a former Senate staffer, is the author of “The Last Great Senate: Courage and Statesmanship in Times of Crisis” and “Broken: Can the Senate Save Itself and the Country?”