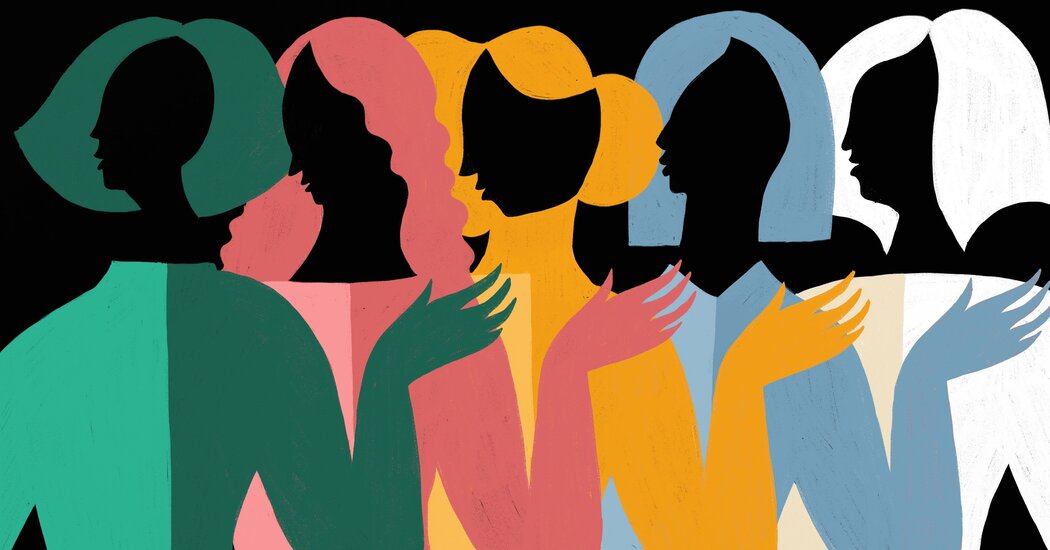 I wrote about Senator Kyrsten Sinema’s political storytelling the past couple of weeks. We covered why it is not only OK but incumbent upon us to talk about style as political craft, even when the politician is a woman. We also discussed some of the racial, gender and sexuality codes in Sinema’s bright, colorful style presentation. Some of you wrote that you have been looking for a way to understand what is fair game and what is out of bounds when discussing Sinema’s denim vest or purple wigs. One reader wrote that it helped to think of presentation as speech, with its associated coded scripts about norms and beliefs.

Some of the most enduring and powerful coded speech in public discourse has to do with class. Not the idea of being classy, but class as in one’s position in a social hierarchy. One of my most enduring essays is about how I learned the coded language of fine-grained class distinction and how those codes have real material impact on one’s life. For savvy readers, it should not go without saying that the specter of social class looms behind Sinema’s style choices.

I spoke with Ashley Mears, a Boston University sociologist and former fashion model, about how Sinema plays on our notions of class. Mears described Sinema’s style as “a middle-class kind of catalog look.” “Middle-class” does not just mean that the fashion itself is accessible, that you can buy it from a mall or online store. It also means that it projects a middle-class image.

The form-fitting dresses and retro color palette that Sinema favors are a way of broadcasting her bona fides as a middle-class politician and thus someone in step with middle-class values. One might laugh at how literal this sounds as political stagecraft, but consider that almost all people in this country think of themselves as middle class, regardless of how much (or little) money they have. It is our cultural default, and we see it as normative.

We use “middle-class” interchangeably with other powerful nationalist signifiers like “citizen,” “voter” and “American.” And, though my progressive comrades may balk at this comparison, if you compare Sinema to some of Congress’s best-known female politicians, her style is easily the most accessible to her constituents. I know enough about fashion, and how much it costs, to know that few American women can afford to dress like, for instance, the preternaturally turned-out Nancy Pelosi. In fact, part of what makes Sinema’s style performance so uncomfortable for many of us is how middle-class it is: She doesn’t seem to be trying to do better. But that does not mean her style story lacks aspiration.

Mears said that Sinema’s presentation reads like “someone who’s got a catalog budget but is trying to imagine what that high-end editorial looks like, someone who aspires to be cool and edgy.” One dimension of class in Sinema’s sartorial performance is that it is basic but aspirational, not in power, but in coolness. Mears writes extensively about the world of high fashion and how men and women negotiate power.

Mears’s background as a model gives her firsthand knowledge of how class is coded, not just in the clothes we wear but also in the bodies that wear the clothes. In elite nightclubs and social events where the beautiful people gather, women’s beauty is a commodity charged as the price of entry. “The normative body would be a white man,” said Mears, and in a world where white men are the default body, all other aspects of power — from race and gender to class and sexuality — have to negotiate with them for access to powerful places. In such places, being a beautiful woman is a condition of admittance.

The Beltway, with its culture of power and politics, is also a “masculinist place,” as Mears described it. One of the reasons that Sinema’s style stands out is that backdrop. There are a narrow number of roles written for women, just like in society more broadly. One can be an ingénue, a power broker, an elite or an outsider.

Each role comes with a performance that shapes the political message and, as Mears put it, “chooses her audience.” Sinema stands out for trying to combine different aspects of multiple roles for female politicians. The tightfitting clothes whisper ingénue, innocent of the rules. The bright colors and wigs and accessories scream outsider, someone who knows the rules and ignores them. The bold patterns, in any other silhouette from the one she favors, could signal power broker or elite. But altogether, they communicate someone who may be aware of the roles that female politicians are boxed into but does not play into any of them all of the time.

Mears offered one other read of class in Sinema’s looks. “She may not have access to the kind of high fashion designers and looks that political women prefer,” she said. Political style consultants are a thing, and they are not cheap. Which is fine because most members of Congress are not broke. Sinema’s net worth is an estimated $1 million, which does not even put her in the running for rich when compared to her colleagues. I cannot find any evidence that she uses a style consultant or dresser, but Mears’s read is the most provocative so far: Sinema may not have the clout to hire a style consultant to smooth over her outfits’ competing messages. It’s a generous interpretation, and really the most generous one I can imagine.

I spoke with Alicia Menendez on MSNBC this week about style, power and Sinema. Like many of you, Menendez wondered if talking about fashion makes her a “bad feminist,” to quote my friend and Times colleague Roxane Gay. I hope we put that idea to rest not by telling but by showing. When a public person’s message is encoded in one’s deviation from an institution’s normative style guide, then there is a reason it fails or succeeds. When that public person is a public servant, that message carries just as much political meaning as his or her stump speeches.

Just because a politician is a woman doesn’t mean we should leave parts of her politics unexamined. We did that kind of interrogation of women poorly in the past and do it abhorrently in the present. But that does not mean that it cannot be done well and to better ends. As I told Menendez, if the point of some people’s feminism is to produce more powerful women, then the public is going to have to learn how to talk about powerful women.

For the past two weeks, I have taken a turn sitting in for Ezra Klein on his podcast. Almost all of the guest host episodes have been stellar. I count my episodes among those only because my guests have been top-notch. Be sure to check out my wide-ranging conversation about student loan debt, loan forgiveness and the nature of the indebted citizen with the sociologist Louise Seamster from last week. This week, you can hear me talk with the writer Kiese Laymon about revision as a moral, political and personal act of being a good person in a world that makes that harder than it should be.