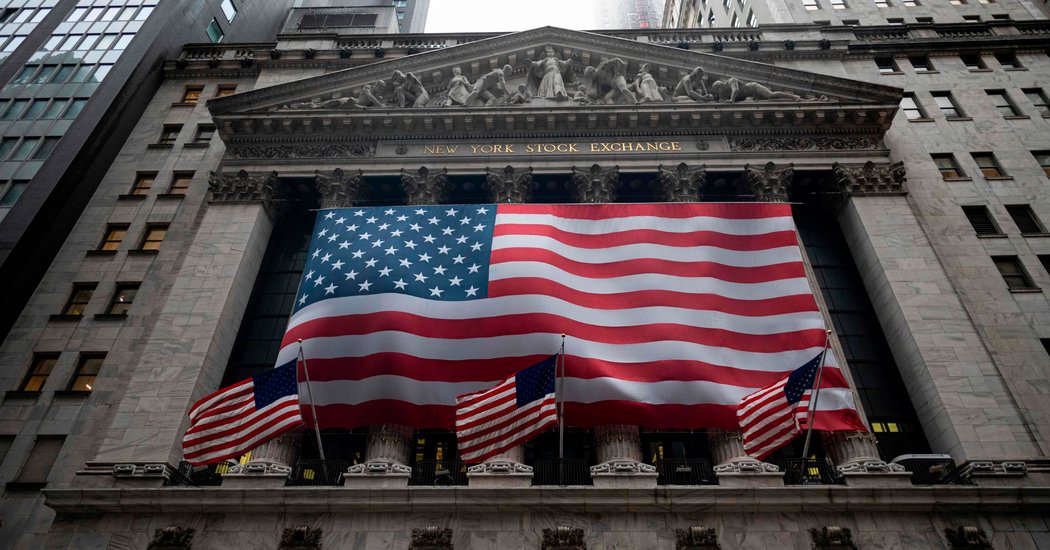 In mid-March, after weeks in denial, Donald Trump finally admitted that Covid-19 was a serious threat and called on Americans to practice social distancing.

The delayed acknowledgment of reality — reportedly driven by concerns that admitting that the coronavirus posed a threat would hurt the stock market — had deadly consequences. Epidemiological modelers believe that tens of thousands of deaths might have been avoided if America had started lockdowns even a week earlier.

Still, better late than never. And for a little while it seemed as if we were finally settling on a strategy for containing the virus while also limiting the economic hardship caused by the lockdown.

But Trump and the Republican Party as a whole have now given up on that strategy. They won’t say this explicitly, and they’re throwing up various disingenuous explanations for what they’re doing, but their basic position is that thousands of Americans must die for the Dow.

What was the strategy Trump abandoned? It was the same strategy that has worked in other countries, from South Korea to New Zealand. First, use a lockdown to “crush the curve”: reduce the number of infected Americans to a relatively low level. Then combine gradual reopening with widespread testing, tracing of contacts after an infected individual is identified, and isolation of those who might spread the disease.

Now, an extended lockdown means a large loss of income for many workers and businesses; indeed, almost half of the adult population lives in households that have lost employment income since early March. So it has to be accompanied by disaster relief, especially generous unemployment benefits and aid to small businesses, to make the lockdown tolerable. And the fact is that disaster relief has been more effective than is widely recognized.

At first, overwhelmed unemployment offices were unable to process the flood of applications. But they have been gradually catching up, and at this point most unemployed Americans appear to be receiving benefits that replace a large share of their lost wages.

In short, the hastily constructed Covid-19 safety net, while full of holes, has nonetheless protected many Americans from extreme hardship.

But that safety net will be snatched away over the next few months unless Congress and the White House act to maintain it. Small businesses have only an eight-week window to convert loans into grants, which means that many will start laying off workers within a month or so. Expanded unemployment benefits will expire on July 31.

And unless state and local governments get large aid from Washington, we will soon see huge layoffs of schoolteachers, firefighters and police officers.

Yet Trump and his party have come out against further aid to the unemployed and against helping beleaguered state and local governments. Instead, the party is increasingly putting all its hopes on a rapid reopening of the economy, even though that prospect terrifies health experts, who warn that it could lead to a second wave of infections and many more deaths.

Where is this push to reopen coming from? Some Republicans claim that we can’t afford to keep providing a safety net, because we’re incurring too much debt. But that’s both bad economics and disingenuous. After all, soaring budget deficits haven’t stopped Trump officials from considering, yes, more tax cuts.

There’s also a pretense that the push for reopening is coming from ordinary working Americans, that it’s a populist, grass-roots demand. But the public is much more worried that we’ll reopen too quickly than that we’ll open too slowly, and those who have lost wages as a result of the lockdown are no more likely to favor quick reopening than those who haven’t.

No, the push to ignore the health experts is a top-down thing; it’s coming from Trump and his allies, and whatever limited public support they’re getting is driven by partisanship, not populism.

So why are Trump and friends so eager to run the risk of a much higher death toll? The answer, surely, is that they’re reverting to type. In the early stages of this pandemic, Trump and the right in general downplayed the threat because they didn’t want to hurt stock prices. Now they’re pushing for a premature end to containment because they imagine that it will boost stocks again.

It didn’t have to go this way. Another leader might have told Americans that they’re in a tough fight but will win in the end. Governors like Andrew Cuomo who have taken that stance have seen their approval soar.

But Trump can’t get beyond boosterism, insisting that everything is great on his watch. And he’s clearly still obsessed with the stock market as the measure of his presidency.

So Trump and his party want to go full speed ahead with reopening no matter how many people it kills. As I said, their de facto position is that Americans must die for the Dow.