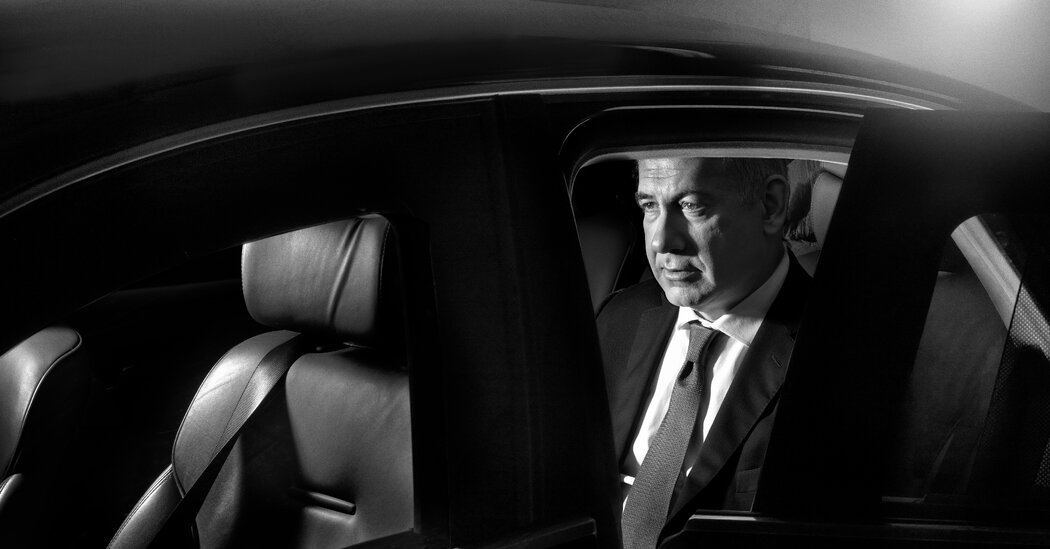 To understand the political drama playing out in Israel and the tentative formation of a national unity coalition to topple Prime Minister Benjamin Netanyahu, you don’t need to speak Hebrew. You need only to understand one thing: Netanyahu makes his enemies even angrier than Donald Trump does.

Just like Trump, Netanyahu’s main political strategy for winning elections has been to foster an intense personality cult and try to gain and hold power with slim majorities by dividing Israel along as many lines as possible — in his case, primarily Jews versus Arabs, left versus right, religious versus secular and patriots versus traitors.

And just like Trump, Bibi did not stop at red lights. He was perfectly happy to undermine Israel’s democratic institutions, the press and the rule of law — anything that could restrain his quest to retain power after 12 years in office. That explains why today he is struggling to stay alive politically at the same time his future is tied up with investigations and legal proceedings over bribery, fraud and breach of trust.

As with Trump, Bibi was, and continues to be, ready to take Israeli society to the edge of civil war to hold on to power, which is why Israel is at a delicate moment and the process of forming a post-Netanyahu government is far from over. Before the fragile, incredibly ideologically diverse “change coalition” that has come together to oust Netanyahu is sworn in, which may not be until June 14, Bibi and his political cult followers will ruthlessly use every trick in the book — and out of the book — to stop this transition of power.

In many ways, the unlikely coalition that has come together in Israel to try to unseat Bibi is Israel’s equivalent of Bidenism — a movement of people who believe that society has to repair its torn political fabric, back away from the brink and restore respect for institutions and for one another.

The Israeli version of Bidenism should be called Lapidism — after Yair Lapid, a former television host and founder of the centrist Yesh Atid party. He is the Israeli political leader who more than anyone else sublimated his own ego to put together this coalition — in which he will rotate being prime minister with his right-wing rival and now partner, Naftali Bennett, a pro-settlements religious nationalist. Lapid is even letting Bennett assume the top leadership post first to cement his support, even though Bennett’s party is much smaller. Lapid has been all about downplaying ideology, pragmatically doing what works and restoring the health of Israel’s democratic institutions, so badly stressed in the Bibi era.

A few weeks ago, when Israel’s president granted Lapid a chance to try to form a government, Lapid declared that “we’ve had enough of anger and of hate’’ and that his goal was to “start something different.’’

Well, Lapid and his right-wing and left-wing coalition allies are certainly on track to doing that.

So intense is the desire of the anti-Bibi coalition to oust him that they are breaking the biggest political taboo in Israeli political history: being willing to serve in a national unity coalition with an Israeli Arab Islamist party, whose four seats in the parliament were essential to produce this new ruling majority.

As Israeli media has noted, Mansour Abbas, the leader of the Israeli Arab Raam party — known as the United Arab List in English — “made Israeli political history Wednesday by signing an agreement that will for the first time see an Arab party join a government.’’

Abbas told reporters that he, Lapid and Bennett “reached a critical mass of agreements in various areas that serve the interests of Arab society.’’ This is amazing.

Abbas’s view is that it is high time for Israeli Arabs to play the game of Israeli politics the same way the other big non-Zionist political bloc in Israel — the Jewish ultra-Orthodox parties — plays that game. And they play by using their swing votes to extract as many budgetary resources as possible for their community. Ynetnews reported that Bennett and Lapid promised Raam significant new money “to tackle the rampant violence and organized crime in Arab society” and “to repair crumbling infrastructure in Arab towns and villages” over the next 10 years.

Reality check: One thing I have learned from four decades of reporting about the Middle East is that the eight most dangerous words to ever put into a news story or column after some big event are: “The world will never be the same again.”

But it is not hard to be wowed by the unprecedented picture of Abbas, Lapid and Bennett, sitting around a little table on Wednesday, cobbling together their coalition agreement and smiling for the cameras. “It was a historic picture captured in a hotel room by an aide of Mansour Abbas: the key moment when the majority for a government that may replace Benjamin Netanyahu — though still not for sure — was achieved,” Haaretz’s Anshel Pfeffer wrote.

But, he added, let us not forget that “the man who made it all possible wasn’t there. Netanyahu created this moment.”

Many left-wing commentators denounced the recent normalization of relations between Israel and the United Arab Emirates, engineered by the Trump administration, because the deal was greased with American arms sales to the U.A.E. I am shocked, shocked. Hello? The same grease was used to bring about the Israel-Egypt and Israel-Jordan peace deals — and they have held, and relations between Israel and these Arab states have indeed never been the same since.

So, yes, I am still wary that this Israeli “change coalition” can actually hold together long enough to assume office — given how fragile it is and the vicious and possibly violent forces gathering to stop it.

With that taboo now broken, who knows what new possibilities will open up in the future to improve relations between Israeli Arabs and Jews, and also — maybe, maybe, maybe — between Israelis and Palestinians in the West Bank and Gaza.

Just as the ransacking of the U.S. Capitol by a Trump-inspired mob forced Americans to peer into the abyss of what a civil war might look like, the 11-day war between Israel and Hamas — in which the Israeli Army was forced to confront Palestinian Arabs on the Gaza, Lebanon, West Bank and internal fronts, all on the same day — has forced Israeli Jews to peer into a similar abyss.

I wish I could say that having stared into that abyss, I am certain the forces of decency in both societies — on both the left and the right — are now backing away, and that Bidenism and Lapidism are the future.

Yes, I wish that I could say that. But I can’t.