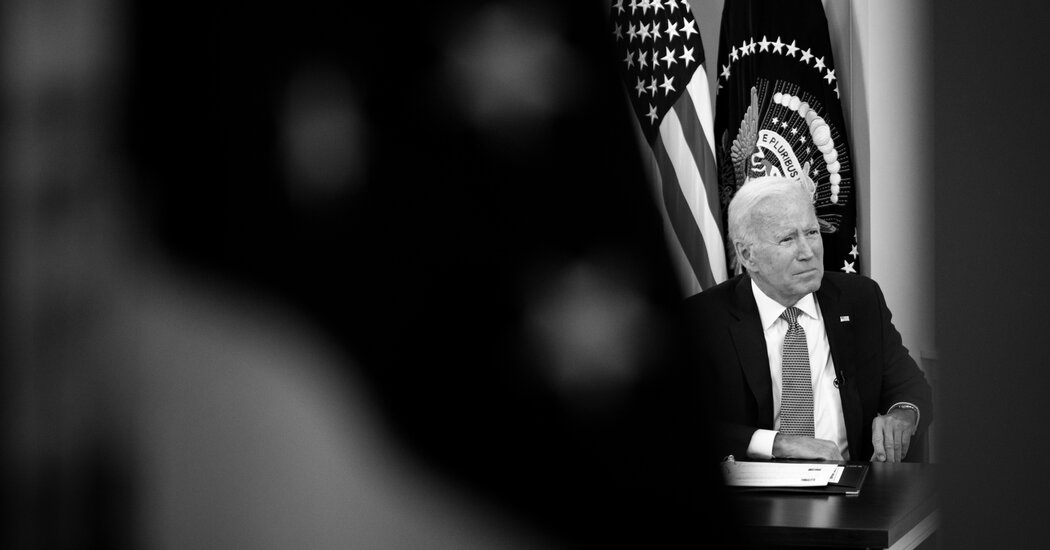 I’m not one of those liberals who believe that corporate greed is the root of all evil. It’s the root of only some evil; there are other dark forces, especially white nationalism, stalking the U.S. body politic.

But corporate money is surely the villain behind the latest roadblock to President Biden’s agenda: Senator Kyrsten Sinema’s opposition to any rollback to Donald Trump’s big 2017 corporate tax cut.

After all, Sinema, who was in the House of Representatives at the time, voted against that tax cut. And she attacked the tax cut the next year during her run for the Senate. Given that raising taxes on corporations has overwhelming public support, it’s hard to see any reason for her flip other than the corporate lobbying blitz against Build Back Better.

It’s a distressing story. But here’s what you need to know: While the Trump tax cut was bad and should be reversed, reclaiming the lost revenue isn’t essential right now. If the key elements of the Biden agenda — investing in children and in protecting the planet against climate change — have to be paid for in part by borrowing, that’s OK. It would certainly be better than not making those investments at all.

About that tax cut: The Tax Cuts and Jobs Act was sold with claims that a lower corporate tax rate would induce U.S. businesses to bring back money they had invested overseas, leading to a surge in business investment that would increase productivity and wages. This was a slightly more plausible story than the usual justification for tax cuts, the claim that they will give already rich people an incentive to work harder. But none of it happened.

On paper the tax cut act did seem, briefly, to cause a repatriation of money to the United States. For a few quarters after the tax cut, U.S.-based multinationals reported that their overseas subsidiaries were disinvesting and sending their profits home via increased dividends paid to their parent companies. But this was a temporary blip, not a sustained change in behavior.

And there’s no indication that the tax cut led to any increase in business investment here beyond what you would have expected given the economic situation.

The most plausible interpretation of the data is that cutting corporate taxes basically had no economic effect at all. While U.S. businesses report having invested large sums overseas, a lot of that is “phantom” investment, an accounting fiction perpetrated to shift reported profits to low-tax jurisdictions like Ireland. A lower U.S. tax rate reduced the incentive to sustain this fiction, so some money was shifted back onto parent-company books. But nothing real actually happened.

So the Trump tax cut was just the latest in a long series of giveaways to the wealthy that were sold on false pretenses. And Sinema should be ashamed of herself for helping corporate interests perpetuate this grift.

That said, the Biden agenda doesn’t need the revenue from a higher corporate tax rate.

The budget resolution that will make it possible to move forward on that agenda if Sinema and Senator Joe Manchin can be brought on board doesn’t require that all investments in the future be fully paid for. In fact, it allows for up to $1.75 trillion in borrowing. And if opposition from the corporate wing of the Democratic Party — can we stop calling them “moderates”? — prevents tax increases, better to borrow than not to invest.

Should we be worried that increased borrowing would threaten U.S. solvency? No. The interest rate on long-term federal debt is only about 1.65 percent, so even adding $1.75 trillion in debt would mean only about $30 billion added to annual interest costs — 0.15 percent of gross domestic product, which is trivial.

And even this calculation greatly overstates the true debt burden, which should be calculated using the real, that is, inflation-adjusted, interest rate — which is negative.

What about concerns that deficit-financed spending might be inflationary? Again, it’s important to do the math. If the U.S. were to end up borrowing another $1.75 trillion, that would be over the course of a decade, not a single year — and the Congressional Budget Office projects total G.D.P. over the next decade of $288 trillion. So while it might sound as if we’re talking about huge deficit spending, the additional deficit would be only 0.6 percent of G.D.P., which simply isn’t a big deal.

In fact, given the arithmetic you might wonder why Biden ever wanted to raise taxes enough to fully pay for his investment agenda. The answer, I think, was more about the politics than the economics — that pitching his plans as deficit-neutral was supposed to reassure politicians who haven’t caught up with current mainstream economic thinking, and who still regard budget deficits as a major threat.

At this point, however, it looks as if a final budget deal, if there is one, will have to involve substantial borrowing. And that’s OK. We can deplore the corporate influence that may block some justified tax increases, but borrowing to invest for the future isn’t a bad thing in itself. Hey, businesses do it all the time. So Democrats should just go for it.