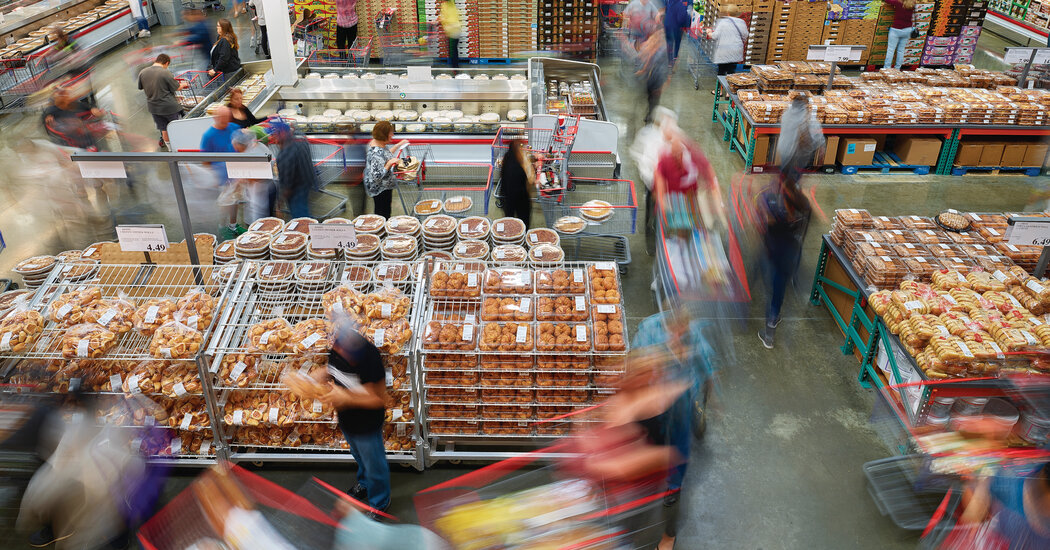 Do you remember the great inflation scare of 2010-2011? It’s an episode worth revisiting, because there’s a good chance that we’ll see a replay over the next year or so.

After the 2008 financial crisis plunged America into a deep recession, both the new Obama administration and the Federal Reserve tried to stimulate the economy, spending hundreds of billions on a variety of programs while buying trillions in bonds. There is now consensus among economists that these efforts were helpful, but it’s also widely believed that they were inadequate (as some of us strenuously argued at the time).

On the right, however, it’s an article of faith that activist government is always bad, even in a crisis. So there were many dire warnings that these efforts to rescue the economy would cause runaway inflation. By mid-2010 there was a palpable sense of frustration among some conservatives that the predicted inflation had failed to materialize.

Then came a few months when inflation seemed to be rising after all. Consumer price inflation reached almost 4 percent; wholesale inflation went into double digits; the average price of commodities like oil and soybeans rose almost 40 percent in a year. Soon Republicans were haranguing Ben Bernanke, the Fed chairman, suggesting that his efforts might “debase the currency.”

But the Fed stayed its course, arguing correctly that rising prices were a temporary blip, not a harbinger of ’70s-style stagflation. Inflation soon subsided, and it has stayed low ever since.

Now here we go again. The $1.9 trillion American Rescue Plan will, without question, deliver a lot of economic stimulus. Just about everyone, from private forecasters to the Fed itself, expects an economic boom, with the U.S. economy growing at rates not seen since the 1980s. There will almost surely be a rise in inflation, too, possibly well above the Fed’s target rate of 2 percent a year.

And rising inflation will, in turn, lead once again to talk about a return to stagflation. Indeed, that talk has already started.

So here’s how to keep your cool when the inflation headlines get heated.

The key thing to understand is that there are really two kinds of inflation.

The prices of some goods, like oil and soybeans, fluctuate all the time, changing day by day or even minute by minute in response to changes in supply and demand. Inflation in these goods is easy come, easy go; prices may soar quickly when demand is high or supply is tight, but they can plunge just as quickly when market conditions change.

Many other prices, however — including the prices of labor, that is, wages and salaries — change much less frequently. Most workers’ wage rates are adjusted just once a year.

And stagflation, it turns out, mainly involves these “sticky” prices.

Imagine an economy in which everyone expects inflation to be high for the foreseeable future (Americans of a certain age don’t have to imagine this; for a while, we lived in that economy). In such an economy, a company setting its prices for the next year will do so taking into account the likelihood that everyone else’s prices — the prices charged by competitors, the costs of raw materials, the wages offered by rival employers — will be going up over time.

Reflecting this expectation, companies will mark prices up relative to what they would have been if they didn’t expect future inflation — and by so doing, will feed the very inflation they fear. In other words, once expectations of sustained inflation are embedded in the economy, inflation becomes self-perpetuating — and bringing it down can be extremely difficult. That’s what makes stagflation — inflation despite high unemployment — possible.

The point, however, is that short-term fluctuations in volatile prices tell us little about whether stagflation is becoming a risk. That’s why Fed policy generally ignores the headline inflation rate and instead focuses on a measure that excludes food and energy prices.

So what’s going to happen in the months ahead? We’ll probably see a number of transitory price increases, not just because the economy is booming, but also because the lingering effects of the pandemic have produced some unusual disruptions — for example, a global shortage of shipping containers.

The question will be whether these price increases are a 2010-2011-type blip or something more dangerous. Smart observers will look past the headlines to measures of underlying inflation — not just the Fed’s standard “core” measure but things like the Atlanta Fed’s sticky price index as well. Anecdotal evidence, otherwise known as “talking to people,” will also be important: Are businesses actually starting to set prices and wages based on the expectation of high future inflation?

Now as then there are people eager to denounce government attempts to help the economy. And it’s certainly possible that the American Rescue Plan will turn out, in retrospect, to have been too much of a good thing. But don’t let the usual suspects seize on a few months’ inflation data as evidence of looming disaster.