A seclusion room at Pathways school, part of the Belleville Area Special Services Cooperative. The school serves students with behavioral and emotional disabilities.

This story is a collaboration between ProPublica Illinois and the Chicago Tribune.

Federal education officials failed to check the accuracy of data submitted by school districts on their use of seclusion and restraint and did not try to identify the ones that potentially overuse these methods, leaving children at risk of being mistreated, according to a new watchdog report.

The Government Accountability Office’s report found the U.S. Department of Education’s attempts to determine how often schools use seclusion and restraint are “largely ineffective or do not exist.” A dozen Illinois schools with troubling data were highlighted in the report, issued this week.

Last year, a Chicago Tribune-ProPublica Illinois investigation analyzed 50,000 pages of incident reports created from September 2017 through December 2018 and determined that Illinois schools routinely isolated and restrained students for reasons that violated state law. “The Quiet Rooms” series also found the state did not oversee these practices and that school districts reported incorrect or incomplete data to the federal government, making it difficult to determine if and how seclusion and restraint were used in schools.

The Education Department is “lacking information that could really help them determine whether certain schools’ and districts’ use of these practices could be excessive or discriminatory or both,” Jacqueline Nowicki, a director with the GAO, said in an interview. “Those are some serious effects of choosing not to analyze your data and take significant steps to ensure data quality.”

For all but the nation’s largest school districts, there is no requirement that officials certify their data is correct when they report they haven’t used seclusion or restraint. That, according to the GAO, is among the reasons the practices are underreported. In response, the Education Department said it will now require all districts to confirm the accuracy of the data they submit.

The GAO also did what it said the Education Department should have done: analyze the data. That analysis found a dozen Illinois special education schools were among those with the highest rates of seclusion and restraint per student enrolled in 2015-16, the year examined in the government report and the most recent period for which the data was made public.

All public schools are required to report their use of seclusion and restraint to the Education Department as part of the agency’s Civil Rights Data Collection, which is used to help investigate discrimination complaints and to ensure districts follow federal policies. The data, which was the focus of the GAO report, is collected every other year and published online.

Of the 52 schools or districts with the highest rates of physical restraint per student enrolled, 11 were in Illinois — by far the highest number from any state, according to the GAO’s analysis.

For seclusion, five of 36 schools highlighted for high rates per student came from Illinois, again putting it at the top. Two Illinois districts had the highest rates: the Sangamon Area Special Education District, which reported that 25 students were secluded an average of 27 times each, and the Bi-County Special Education Cooperative in northwestern Illinois, which reported putting 34 students in seclusion an average of 13 times each. Each district reported secluding students hundreds of times that school year.

Mark Strawn, the Sangamon district’s director of special education, said the district put students in seclusion 424 times last school year, down from 676 times in 2015-16. He said his district may be including incidents in its reporting that other districts don’t. The GAO report, in fact, says the Education Department should clarify its definitions of seclusion and restraint.

Officials at the Bi-County cooperative did not respond to a request for comment.

The Southern Will County Cooperative for Special Education in Joliet, also highlighted in the GAO analysis, reported that about one-fourth of its students were restrained by employees an average of 16 times each, a rate higher than any other Illinois district. The district reported restraining students 441 times that year. Data obtained by the Tribune and ProPublica Illinois showed that the district restrained students 1,424 times in the 15-month period reporters examined. Executive Director Bill Roseland did not respond to a request for comment.

The Education Department likely would not have detected districts’ frequent use because it “had no rules that flagged outliers that might warrant further exploration,” according to the 58-page report released Tuesday. Without this kind of information, the department cannot enforce civil rights laws against discrimination, the report said.

“It is extremely alarming that even though we know that students, particularly students with disabilities and students of color, are being secluded and physically restrained at school, the Department of Education still can’t provide us with quality reporting to understand the scope of the problem and begin to solve it,” Sen. Patty Murray, D-Wash., a ranking member of the Senate Health, Education, Labor and Pensions Committee, said in a written statement.

“The Quiet Rooms” investigation, based on a database built from the details of 35,000 incidents in 100 school districts from September 2017 through December 2018, revealed children were put in isolation every school day for reasons that violated the law, which allowed seclusion and restraint only when students’ behavior posed a physical danger to themselves or others.

The day after the investigation was published, Illinois officials banned locked, isolated seclusion and floor restraints and ordered schools to alert the State Board of Education of every timeout and restraint used. The state also collected three years’ worth of incident data. Illinois officials have since decided to allow floor restraints next school year, though pending legislation could ban them.

Illinois now collects incident data from schools but did not for the past two decades. Nowicki said the GAO’s research included visiting nine districts, where investigators were told that schools benefited when they were required to collect and submit data at the state level.

“We did find that in districts that were in states that had state-based reporting requirements, many of those district officials told us that helped them report better data and use their data to examine whether they might need to make changes to their own practices,” she said in an interview.

In Illinois, some districts reported zero incidents of seclusion and restraint to the federal government, even though records obtained by ProPublica Illinois and the Tribune showed that the interventions had been used. Crystal Lake District 47, for example, put students in seclusion more than 120 times in the 2015-16 school year but reported that it didn’t use seclusion at all during that time. 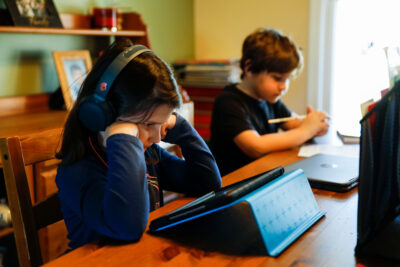 The Education Department’s reporting system would not have caught that error because it only flags a district for reporting zero incidents of seclusion and restraint and asks for verification if that district is among the 100 largest in the country. Crystal Lake officials told reporters last year that the omission was a mistake but then repeated it in the 2017-18 reporting year.

The GAO made six recommendations to the Education Department, including changing its reporting system to flag any district that reports zero incidents because “misreporting is a problem among districts of all sizes.” Identifying patterns through data can help schools determine whether they need more staff training and support services, the report states.

The GAO also recommended the department analyze school-level data and identify troublesome trends, including high incidences of seclusion and restraint.

In a March letter included with the report, the Education Department said it agreed with the recommendations and would implement them.

An Education Department spokesperson said the department has made “significant reform efforts” since the 2015-16 data collection, including more data analysis and an increase in outreach to districts. In August, the department clarified reporting requirements and received corrected seclusion and restraint data from dozens of districts, the spokesperson said.

Schools already have submitted data for the 2017-18 year, but it has not been released publicly. The next data collection will be for the current school year, which was cut short for districts around the country in March because of the spread of COVID-19.