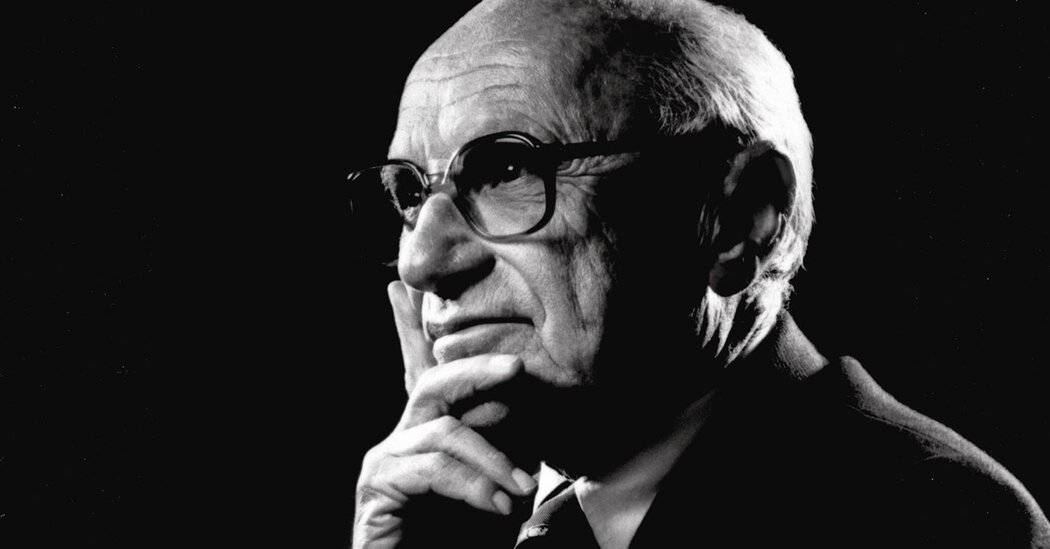 In the end, he went with the monetary dove.

OK, Powell and Brainard aren’t identical. Powell is or was a Republican, Brainard is a Democrat; Brainard took a harder line on financial regulation after the 2008 crisis, which is why progressives like Elizabeth Warren opposed Powell’s reappointment. But when it comes to the Fed’s core responsibility, setting monetary policy, there was never any doubt that the next chair would be someone reluctant to raise interest rates and eager to keep job growth high.

How did that happen? Traditionally, central bankers — people who run institutions like the Fed that control national money supplies — pride themselves on their sternness, their willingness to impose economic hardship. William McChesney Martin, who headed the Fed in the 1950s, famously described its job as being to take away the punch bowl just as the party really gets going — that is, to raise interest rates as soon as there was any indication of rising inflation.

But the Fed is a technocratic institution that takes ideas and analysis seriously, that is willing to revise its views in the light of evidence. On the eve of the 2008 crisis it believed, with considerable justification, that giving low inflation priority over other considerations was in fact the right policy. Since then, however, there has been accumulating evidence that targeting inflation isn’t enough — indeed, that the Fed has consistently been taking away the punch bowl too soon.

The story here begins with a famous 1968 speech by Milton Friedman (and an independent analysis by Edmund Phelps that reached similar conclusions). Friedman argued, contrary to what many economists believed at the time, that monetary policy couldn’t be used to target low unemployment on a sustained basis. Any attempt to keep unemployment below its “natural rate” — usually referred to these days as the NAIRU, the non-accelerating inflation rate of unemployment, to avoid the implication that unemployment is somehow good — would, he asserted, lead to ever-accelerating inflation, and it would take a period of high unemployment to get inflation back down.

The experience of the 1970s and ’80s seemed to confirm this analysis. Here’s the unemployment rate versus the change in the Fed’s preferred measure of inflation from 1970 to 1990. Low unemployment seemed to be associated with ever-rising inflation, and getting inflation back down did indeed seem to require high unemployment:

If you accepted this “accelerationist” hypothesis, the Fed’s job wasn’t to keep unemployment low, because it couldn’t do that. It was, instead, merely to provide stability in both prices and employment.

But here’s the thing: Since at least the mid-1990s, the data haven’t looked anything like that. Do the same plot from 1995 to the eve of the pandemic and there’s no evidence for the accelerationist hypothesis:

And if low unemployment doesn’t lead to accelerating inflation, it seems all too likely that we have consistently been running the economy too cold, sacrificing jobs and output unnecessarily. While the Fed hasn’t explicitly admitted this, it’s clearly a regret that weighs on its policy now.

There’s also another consideration that has made the Fed more dovish: fear that the effects of tight money may prove very hard to reverse.

Back in 1935, Mariner Eccles, another Fed chairman, argued that the Fed could do little to reverse deflation because you can’t push on a string. This made sense at the time: The Fed had very little ability to cut interest rates, because they were already near zero. But for a long time economists assumed that those Depression-era conditions would never come back, that the Fed could always engineer an economic recovery when it wanted to.

As it turns out, however, interest rates can indeed hit the “zero lower bound” in the 21st century; in fact, that has been the norm since 2007:

This in turn means that while everyone is talking about inflation risks right now, the Fed is also concerned about the risks of overreacting to inflation. If it raises interest rates and that pushes the economy into a recession, it might not be able to cut rates enough to get us out again.

So if you ask why monetary doves rule the Fed roost, it’s not just a matter of personalities — or ideology. The past couple of decades have highlighted the downsides of hawkishness, and the Fed doesn’t want to repeat what it now, quietly, views as past mistakes.

I will be taking a break for the rest of the week for Thanksgiving. See you back here next week.

Priorities for the Fed chair.

Where did all the workers go?

Some inflation worriers are getting sloppy.

Feedback If you’re enjoying what you’re reading, please consider recommending it to friends. They can sign up here. If you want to share your thoughts on an item in this week’s newsletter or on the newsletter in general, please email me at [email protected].