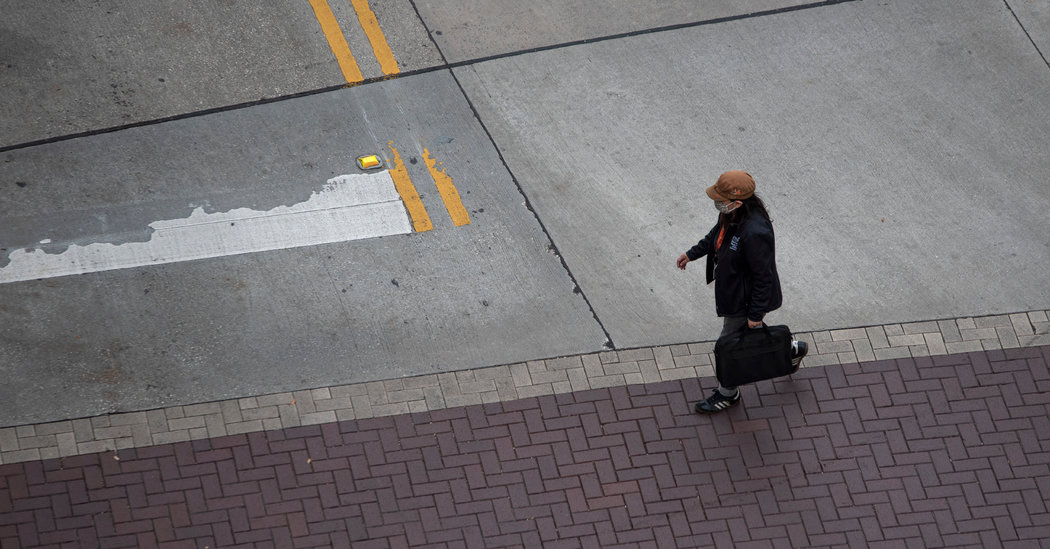 For decades, American workers have seen their power erode and their wages stagnate. The current crises have only made things worse. But Congress has a chance to begin the reversal of these trends and to accelerate the economic recovery by enacting a fair wage guarantee, which makes sense economically and could be a win for both major parties. Such a guarantee would function by turning the recently increased unemployment insurance benefits, which expire later this month, into a permanent wage increase for millions of Americans.

The temporary unemployment insurance supplement came from the coronavirus relief package that Congress passed in March. There is now a stalemate between Democrats and Republicans over how to update the federal response. Broadly speaking, Democrats support extending the benefit increase for the unemployed while Republicans support eliminating or modifying it on the assumption that it will induce people to return to work.

Congress would do well to extend these benefits before they expire — as a bill that already passed the House of Representatives does — but an extension alone misses the opportunity to translate this short-term boost in income into a longer-term increase in wages. By making a few simple changes to the current unemployment insurance expansion, the stated goals of both major parties’ leaders can be achieved.

As a result, 68 percent of unemployed people are bringing in more from unemployment insurance than they did in weekly earnings from their last job, according to an analysis from the Becker Friedman Institute at the University of Chicago. This infusion of income, mostly for workers who are likely to spend the money on basics like rent and groceries, has propped up the economy and kept the poverty rate from skyrocketing.

Even if Congress extends the current unemployment insurance supplement, millions will lose their increased benefits if they turn down what’s called “suitable” work. The definition of “suitable” varies by state, but it generally means a job with wages comparable to those for a person’s last job and prevailing wages in the industry.

That means our former $12-an-hour worker would lose her present $21-an-hour benefits if she passed up a $12-an-hour job offer, or even a less generous offer, in many states. With more employers likely to pick up hiring again, as they did in June, millions would experience a sudden drop in income, which isn’t just a problem for laid-off workers and their families. It would deeply harm our still-teetering consumer-driven economy.

The latest June data from the Bureau of Labor Statistics show that average wages dropped as more low-wage workers were called back to work, a troubling indication that a surge of income loss may already be underway.

Congress can address this dilemma with two tweaks. First, change the rules so that people lose unemployment insurance only if they turn down offers with wages comparable to their current unemployment benefits. That gives laid-off workers leverage to bargain for an offer that sustains their new, higher level of income.

Second, to protect employers and encourage them to offer these higher wages, provide employers with a federal subsidy that covers the full difference between an unemployed worker’s former wage and their new one. Call it a “fair wage guarantee.”

For instance, if an employer hires our former $12-an-hour worker at her new $21-an-hour income level, then the employer would get a federal subsidy equal to $9 an hour to cover it. That way the employer can offer higher wages without taking on the new costs.

To ensure that employers have the money to cover higher wages up front, the subsidy could be administered as a refundable payroll tax credit. It’s crucial to note both the business credit and unemployment insurance increase would be phased out once the unemployment rate declines to normal levels. And to ensure fairness across the work force, Congress should still commit to hazard pay for essential workers who currently have work.

The fair wage guarantee would raise wages for millions of formerly low-wage workers as they come off unemployment, which produces big long-term gains for them and for our economy. Wages, as economists say, are “sticky.” There’s ample evidence that once wages go up, employers often don’t reduce them. So raising wages for lower-income workers right now could create significant lifetime gains in income and spur consumer demand.

The fair wage guarantee is far better for workers than the proposal from Representative Kevin Brady of Texas, the top Republican on the House Ways and Means Committee, of a “back-to-work” bonus of $1,200 for accepting a job. With more than four unemployed workers for every job opening, employers will have leverage to use the bonus to justify a lower-wage job offer. Unlike our Fair Wage Guarantee, which ensures that workers capture the government subsidy in the form of higher base wages, the back-to-work bonus is likely to let employers capture some or all of the subsidy.

Many businesses — particularly in the leisure and hospitality industry — are still reeling from lagging demand. With their margins so tight, employers simply aren’t going to be offering generous pay even if they wanted to. The fair wage guarantee helps resolve these legitimate business concerns without undercutting low-wage workers in the process.

It took nearly 10 years after the Great Recession for workers to see decent wage growth. Members of Congress, for their own good and for posterity, can seize the opportunity now to raise wages and reverse inequities in economic power. Families can’t afford another decade of waiting.