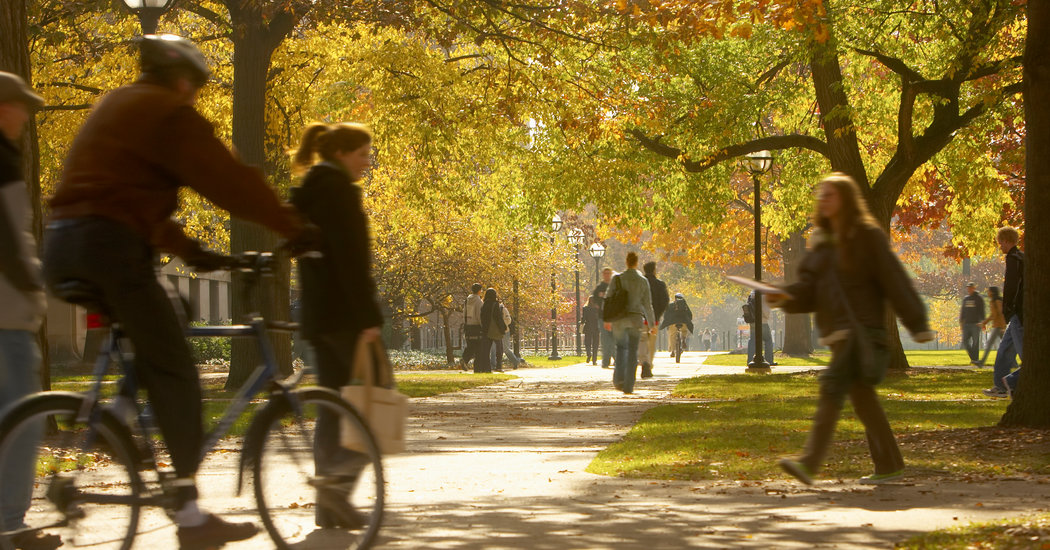 Carly Ross, an 11th-grader at Evanston Township High School outside of Chicago, had planned to take the ACT for the first time in April after completing a 10-week prep course over the winter. When the April test date was canceled because of the coronavirus pandemic, she signed up for one in June.

Last week, the ACT canceled the June administration at two-thirds of testing locations nationwide, including at Carly’s school. She’s holding out hope to take the test in July.

“It’s adding so much stress to the process because now the ACT is talking about an online test, which is something I haven’t prepared for,” she said. “This isn’t how I expected my college search to unfold at all.”

She’s certainly not alone. The college search process, challenging even under normal circumstances, looks more daunting than ever to today’s high school juniors, thanks to Covid-19.

After spending a year inside three admissions offices to research a forthcoming book on the selection system at top-ranked schools, here are some things I found that the Class of 2021 can do to bring a sense of normalcy to their college search in the months ahead.

Control what you can.

“Students can’t do anything this year about canceled tests, or how their high school is treating grades, or a missed track season,” said Hannah Wolff, the college and career-center specialist at Langley High School in Northern Virginia. “But they can get started on writing essays or compiling information for their applications. Students should concentrate on what they can still do.”

Ms. Wolff suggested juniors whose summer plans fell through because of the coronavirus shutdowns instead use their time to broaden their college list beyond the narrow set of eight to 10 schools at a similar level that students typically settle on. One reason to expand your list to include a wider mix of colleges is that many schools are only now considering revisions to their admissions policies and deadlines, given the uncertainty over ACT/SAT testing dates. In a year when the admissions process is especially unpredictable, a student considering selective schools should also look at three or four lower in the rankings that might be more flexible on academic requirements and give more financial aid because they need to fill seats.

Also, concerns over a possible second wave of the virus causing future shutdowns may make it more appealing to some families to look at colleges closer to home. And with the widespread economic impact of the coronavirus, students’ financial circumstances might change, resulting in more applicants to less expensive state schools or those colleges that offer a boatload of merit aid.

Applying to a broader mix gives you more options when you need to choose a school after decisions start rolling in.

The College Board added a test date in September, in addition to its August and October dates, and gave priority registration for all three to juniors who never had the chance to take the SAT. But whether the ACT/SAT will be able to administer their tests this fall or offer the usual capacity in an era of social distancing remains unclear. On Tuesday, the College Board announced it was postponing plans to offer a remote SAT this year, saying it “would require three hours of uninterrupted, video-quality internet for each student, which can’t be guaranteed for all.”

So, what should juniors do who still haven’t taken a test? “Normally, I’d suggest students prepare for the tests, unless they’re not a good test taker,” said Brennan Barnard, director of college counseling at the Derryfield School in New Hampshire and co-author of “The Truth About College Admission.” “But this year, students should definitely question whether it’s worth it with the number of schools that have gone test optional.”

Test-optional means that applicants can submit test scores if they want to, but it won’t hurt their chances of admission if they don’t. A handful of selective colleges enacted test-optional polices in the wake of the coronavirus pandemic — some temporarily for the Class of 2021, such as Columbia University, the University of Washington and Boston University; others as part of a three-year experiment, including Davidson College and Tufts University. The University of California also suspended testing requirements for the Class of 2021, and last month agreed to phase out the ACT/SAT altogether for in-state residents over the next few years (the system will decide on out-of-state applicants later on).

You might not have an ACT/SAT score, but you probably have a PSAT score that gives you a sense of how you perform on a standardized test. If you have solid grades from taking a strong curriculum in high school, but a subpar PSAT score for the set of schools you’re considering, you might consider looking to the growing number of test-optional schools rather than wait on in-person ACT/SAT tests that might never happen.

Go beyond the virtual campus tour.

When you go on a campus tour in person, “you hear the great stuff, and the not-so-great stuff just by being there,” said Mark Butt, director of undergraduate selection at Emory University. “Now you have to actively seek that experience in virtual tours.”

Online information sessions and phone calls with admissions counselors are useful, but students should go beyond the channels that the colleges control. Scroll through topic pages on Reddit, such as r/applyingtocollege, or watch YouTube videos recorded by students talking about how they applied to college or “day in the life” videos showing you what life is really like on their campuses.

Don’t just sit around this summer.

Summer jobs have disappeared for many teenagers, as have many summer activities and sports. But that shouldn’t be an excuse to play video games in your bedroom or make TikTok videos all day.

In a sea of applications that often look numbingly similar, admissions officers often look for something that stands out — an eclectic combination of classes, for instance, or an activity that has meaning rather than just another sign-up club.

“Use this time to do something that you haven’t had a chance to do before,” Ms. Wolff said. “Some of my students have learned how to play the guitar online or took up knitting during the pandemic.”

Such activities show admissions officers that students see the challenge of the pandemic as an opportunity to broaden their skills or create something new — such as making masks for front-line workers or organizing a food drive — rather than see learning as something fixed by their schools.

With many high schools offering classes pass/fail this spring, colleges don’t have the usual grades to consider. They might look more closely at senior year schedules to see how applicants challenged themselves. If students feel they aren’t ready to move on to the next level of a subject because their spring was upended, they should use the summer to brush up with online courses.

“Schools might be more flexible, but that doesn’t mean it will be suddenly easier to get into a selective school,” Ms. Wolff said. “They’ll still have high expectations.”

Write about the coronavirus, maybe.

The Common Application, which is used by nearly 900 colleges, has added a question that allows students to explain how Covid-19 affected their education or personal lives. But should students also write their personal essays about the crisis? In other words, how much Covid-19 is too much?

If the pandemic had a far-reaching impact on your life, writing about it is a “a great way to glean what you missed, did not miss, made time for, or found ways to continue to pursue, even when it was taken away in the traditional sense,” said Rick Clark, director of undergraduate admission at Georgia Tech.

But be sure to bring to the essay the same level of details and specifics that admissions officers expect when an applicant writes about anything that has shaped their life. And remember, the essay is very rarely the thing that helps get an applicant in anyway.

Over all, “juniors should think about what they miss most about high school right now,” said Mr. Barnard. “What do you miss about the relationships with teachers, the classes, the activities, and then translate that into what you’re looking for ultimately in a college.”

Jeffrey Selingo is the author of the forthcoming book “Who Gets In and Why: A Year Inside College Admissions.”