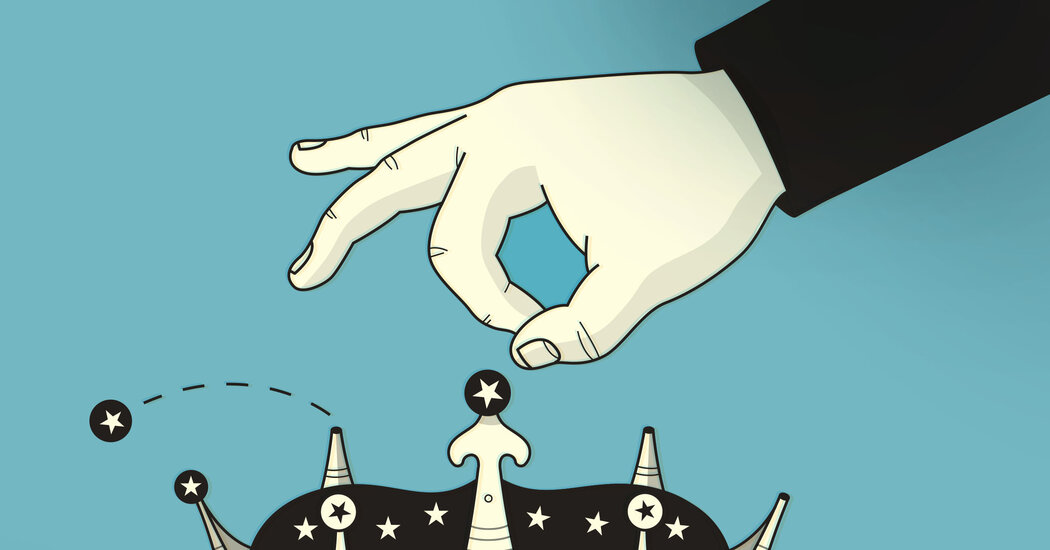 Congress needs to find creative ways to engage the executive branch that favor cooperation over conflict.

What should Congress do about the “imperial” presidency? President Donald Trump managed the executive branch as his own fief, mocking the markers Congress had set down to secure its interests in government. Mr. Trump purged inspectors general and removed an F.B.I. director, brushing aside protections Congress established in law for their independence. He installed loyalists in acting positions, flouting the Senate’s confirmation process, and weakened protections for career professionals. He defied Congress’s power of the purse and its oversight authority.

Mr. Trump’s onslaught on the legislature exposed serious weaknesses in previous efforts to counter the rise of the presidency. But the responses that come most readily to mind are likely to prove ineffective. Congress will have to reach deeper into its tool kit if it is to reclaim its voice. The best option would be for Congress to assert its capacity to engage the president and the executive branch in ways that foster cooperation in issues of governance.

With President Biden now in the White House, Congress might be tempted to duck the problem. He has promised to restrain himself and respect the norms that Congress expects presidents to uphold.

But that would be a mistake: Looking to Mr. Biden for relief from Mr. Trump’s transgressions still leaves the potential for abuse in place for a future president — and it also leaves the potential in place for Mr. Biden himself, if he so chooses that path even occasionally. If Mr. Trump taught us anything, it is that presidents are not dependable arbiters of best practices. It shouldn’t be up to them to decide for themselves whether to respect prosecutorial independence or listen to the experts.

A second option is for Congress to try to restrain the presidency proactively. Legislators could, for instance, bolster the independence of inspectors general. They could threaten with the power of the purse.

But Congress has tried pushback like that before. In the 1970s, legislators reacted to the abuses of the Nixon administration with a robust assertion of Congress’s constitutional muscle. The upshot, paradoxically, was that presidents doubled down on the separation of powers. They insisted on their singular hold over the executive power, stiffened White House control over administrative agencies and resisted congressional oversight as Mr. Trump did in defiance of congressional subpoenas.

Institutional combat doesn’t play to Congress’s strengths. Congress has been far more effective when it adopted a third option: finding creative ways that made it a win-win for the executive and legislative branches to work together and that stressed the integration of the three branches rather than their separation.

Consider a few examples from the first half of the 20th century. When Congress wanted to gain a firmer grip on government spending, it enlisted the presidency as a partner. In 1921, legislators required the president to propose an annual budget, created a new budget bureau to ensure that the president’s recommendations were backed by expertise and established an independent office to keep track of expenditures. When, in the late 1930s, the president asked for power to reorganize the agencies of the executive branch, Congress devised a new cooperative arrangement. The president’s reorganization plans would be privileged, but legislators could veto them. When Congress wanted to act in areas like financial regulation or monetary policy, it fused the interests of legislators, presidents and administrators together in new independent agencies like the Securities and Exchange Commission and the Federal Reserve Board. When in the wake of the New Deal legislators sought to make bureaucratic power more compatible with the constitutional structure, they devised the Administrative Procedure Act, which provided judicial oversight of executive branch rule-making.

In these initiatives, Congress insisted on being more than just a watchdog or simply countering the president’s claims to control. Instead, it reworked institutional relationships, recruiting the presidency as a partner in new cooperative enterprises. By turning administration — the day-to-day business of governing — into an arena of mutual engagement, both of the political branches became more powerful. Congress secured its interests by encouraging presidents to serve purposes larger than their own.

In recent decades, work on this third option has faced tough sledding. The resurgence of constitutional formalism stifles legislative creativity, and as Mr. Trump showed, a rigid prioritization of the separation of powers heavily favors the presidency. Executive branch management becomes the president’s exclusive domain, and at a time when the bureaucracy does the lion’s share of governing, Congress is marginalized.

The Supreme Court has reinforced this new formalism to Congress’s disadvantage. For instance, in 1983, it ruled Congress’s legislative veto a violation of the separation of powers. In 2020, another congressional innovation failed judicial review. The court voided part of the Consumer Financial Protection Bureau, finding that the agency’s single director, who had been insulated from at-will removal by the president, “violates the separation of powers.”

Justice Elena Kagan’s dissent in that case took direct aim at the court’s new formalism and nodded to Congress’s historic role as the creative force in American government. She acknowledged that Congress has significant latitude “to organize all the institutions of American governance” and urged the court to support novel arrangements: “Throughout the Nation’s history, this Court has left most decisions about how to structure the executive branch to Congress and the President, acting through legislation they both agree to.”

Can Congress get creative again and find new ways to induce cooperation? Justice Kagan’s opinion was a dissent, and Congress’s recent record of protecting its institutional interests is spotty. But opportunities are at hand. The current occupant of the White House spent much of his career at the other end of Pennsylvania Avenue, and that might provide a rare opening to ideas that bridge what the Constitution separates.

More important still, Congress has at its disposal a variety of bridge-building tools. It could revive the use of multi-member independent boards. It could depoliticize key administrative positions by assigning the appointment of “inferior officers,” like administrative law judges, to the courts. It could rework the president’s emergency declaration powers, requiring legislative approval for any action lasting more than 30 days. It could create a congressional regulation office, mirroring the president’s Office of Information and Regulatory Affairs, to engage executive branch agencies in a more cooperative process of rule-making.

We can’t rely on presidents to restrain themselves, and legislative checks are too often ineffectual. Resolving the thorny problems before us starts with recognizing that the full potential of legislative power lies in creative approaches to institutional design.

John A. Dearborn (Yale), Stephen Skowronek (Yale) and Desmond King (Oxford) are political scientists and the authors of “Phantoms of a Beleaguered Republic: The Deep State and the Unitary Executive.”