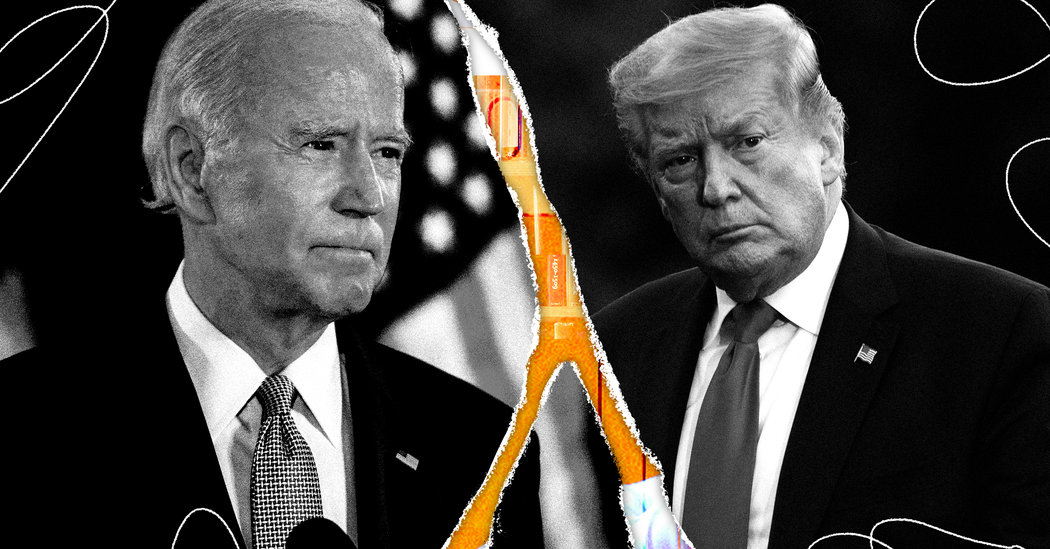 Perhaps in Ireland and Nigeria things fall apart, but in America things melt down. And by things, I mean our elections.

Our elections “melted down” in 2000, when the contest between George W. Bush and Al Gore was effectively decided not by a thorough accounting of votes but by nine people on the Supreme Court. They “melted down” more recently, in February, when a two-bit smartphone app that couldn’t report votes properly caused the Iowa caucuses to suffer a “systemwide disaster.” And on Tuesday they “melted down” again in Georgia, where missing and malfunctioning voting machines forced people to wait in line for up to eight hours before they could exercise their franchise in the state’s primary.

This drone footage shows a long line of voters waiting to cast ballots in Atlanta on Tuesday. Georgia election officials, poll workers and voters have reported major trouble with voting in Atlanta and elsewhere.

In the reflection of the electoral puddle that Tuesday’s primary became, Times reporters saw a lesson for November, the implications of which “are worrisome in a bitterly divided nation facing what many consider the most consequential election in memory with the loudest voice belonging to an incumbent president who is prone to promoting falsehoods about the electoral system.” How concerned should we be about the legitimacy of the 2020 election, and why? Here’s what people are saying.

Suppression! At the voting booth

Many Americans worry about a constitutional crisis this fall, but the nightmare scenario probably wouldn’t look so dramatic as that, Greg Sargent writes for The Washington Post. Rather, he argues, any attempt to subvert the election would look “much more like a set of disparate problems spread around the country that do not get fixed and, taken together, add up to something akin to mass disenfranchisement.”

Much of that “set of disparate problems” long predates the current administration. Consider this Times Op-Ed essay from 2002:

The 2000 presidential election, the closest in modern history, was an unsettling experience for the nation as a whole, most profoundly so for those of us involved in the recount in Florida. We observed a wide variety of awkward and arcane voting procedures that were a disgrace for the world’s leading democracy — baffling “butterfly” ballots, primitive and inconsistent counting procedures, flawed applications for overseas ballots and obstacles for minority voters. … If no action is taken, that failure will be a testament to the shortness of memory and the shallowness of commitments to election reform.

Spoiler: No action was taken — or at least not the right action. To this day, as my colleague David Leonhardt writes, the United States continues to make it harder to vote than any other affluent country:

Georgia is notorious for having long waiting times, but voter suppression doesn’t occur just in red states, as my colleague Vivian Wang wrote in 2018. New York State, despite its progressive reputation, has had some of the most restrictive election laws in the nation. Many of those laws were changed last year, but even so, the state’s board of elections caused an uproar in April when it summarily canceled the Democratic presidential primary with Gov. Andrew Cuomo’s blessing; that decision was overruled by a federal judge.

And to top it all off, the past few years have seen a rise in the dissemination of false or misleading information, both digital and mailed, intended to suppress the vote. All of these reasons help explain why the United States has one of the lowest turnout rates in the O.E.C.D.

The distinction between errors of dysfunction and sins of suppression is in one sense immaterial — a ballot misplaced or miscounted is just as worthless as a ballot never cast — but in recent years examples of the latter have become both more numerous and more brazen.

That’s because President Trump and his allies know that their best chance of winning is to suppress turnout, Sue Halpern writes in The New Yorker. Many Republican governors and state legislators have made it increasingly difficult for Americans to vote by enacting draconian registration requirements and redrawing electoral maps.

The Republican Party apparatus, following the lead of the president, is also working to limit voting by mail, arguing that it would be “devastating to Republicans” and lead to widespread voter fraud — never mind that there’s no evidence for either claim. Further undermining the practice are Mr. Trump’s attacks on the U.S. Postal Service, which recently installed “one of his ideologues as its head,” according to Ms. Halpern, and the attorney general’s outlandish theory that foreign governments might manipulate mailed ballots.

That such efforts to undermine a secure and reliable voting method should occur amid a pandemic make them especially pernicious. Two bills providing for a universal vote-by-mail option have been introduced in Congress recently, but neither has gotten anywhere in the Republican-controlled Senate. The relief package Congress passed in March did allocate $400 million to help states run elections, but Richard L. Hasen, a professor of law and political science at the University of California, Irvine, said the states may need as much as $4 billion.

With time running out, it’s up to the states to ensure Americans have a safe way to vote, David Ignatius writes in The Washington Post. But that is necessarily a patchwork solution, and, as the Georgia primary showed, an underfunded and opaque one at that.

Can Trump cancel the election?

Almost certainly not, as The Times’s Alexander Burns has explained. The election date is set by federal law, and would require congressional approval to change. Theoretically, Congress could, citing concerns about the pandemic, vote to delay the election a couple of months, as Dominic Holden has reported for BuzzFeed News. That’s still highly unlikely, though, and it’s not clear whether there would be any public health benefit to doing so.

And in any case, as Mr. Burns noted, the Constitution mandates that the president’s term expire on Jan. 20. Short of a constitutional amendment, that isn’t changing.

Election experts and pundits have divined a few possible scenarios:

Our contemporary political climate is so polarized, Mr. Douglas says, that “if we do fall into an electoral crisis and we start seeing the kinds of challenges to the results that we saw back in year 2000, during Bush v. Gore, then we could really see” — you guessed it — “a meltdown.”

“Republicans are engineering an electoral disaster this fall” [The Washington Post]

Here’s what one reader had to say about the last debate: Why Isn’t the Stock Market Reading the Room?

Donna, 72: “There are a large group of people — not wealthy — who worked hard for a long time in a changing economy that saw the end of pension types of retirement income (other than government, military and the teaching profession) replaced by 401(k)s that then had to be rolled over to I.R.A.s at or before retirement and the income must be carefully withdrawn to avoid tax penalties and ensure we can continue to pay our bills. … So you see, while the stock market may not care one bit about us, we do care mightily that it stays healthy, happy and well. … I do hope for a better, more equitable economic system in the future, where wealth is more evenly distributed and huge income disparities become a thing of the past, but until then may the stock market stay bullish.”