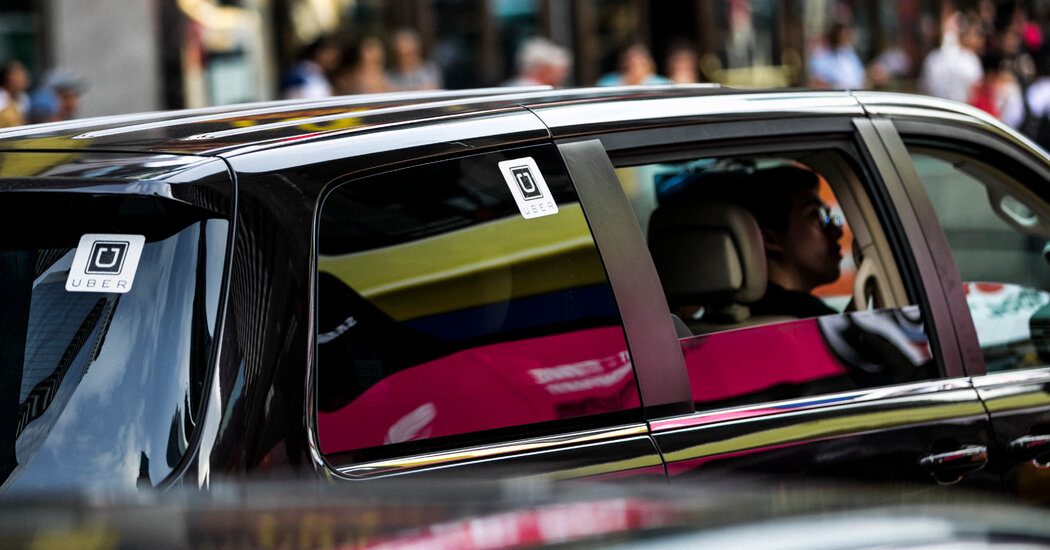 Since the first Uber trip 10 years ago, one existential question has shadowed us: Do we treat drivers well?

Many of our critics, including The New York Times editorial board, believe that Uber and our gig economy peers have failed drivers by treating them as contractors, and that we will do anything to avoid the cost of employee benefits like health insurance. Given our company’s history, I can understand why they think that. But it’s not true, and it’s not what I believe.

Our current employment system is outdated and unfair. It forces every worker to choose between being an employee with more benefits but less flexibility, or an independent contractor with more flexibility but almost no safety net. Uber is ready, right now, to pay more to give drivers new benefits and protections. But America needs to change the status quo to protect all workers, not just one type of work.

Why not just treat drivers as employees? Some of our critics argue that doing so would make drivers’ problems vanish overnight. It may seem like a reasonable assumption, but it’s one that I think ignores a stark reality: Uber would only have full-time jobs for a small fraction of our current drivers and only be able to operate in many fewer cities than today. Rides would be more expensive, which would significantly reduce the number of rides people could take and, in turn, the number of drivers needed to provide those trips. Uber would not be as widely available to riders, and drivers would lose the flexibility they have today if they became employees.

More important than what I think is what drivers think: In public surveys over the last decade, the vast majority of drivers have said they don’t want to be employees because of how much they value flexibility. A recent survey commissioned by Uber and other companies found that two out of three app drivers would stop driving if their flexibility was compromised.

This is because they understand the trade-offs between traditional employment and app work. Unlike traditional jobs, drivers have total freedom to choose when and how they drive, so they can fit their work around their life, not the other way around. Anyone who’s been fired after having to miss a shift, or who’s been forced to choose between school and work, will tell you that this type of freedom has real value and simply does not exist with most traditional jobs.

While I disagree with our critics about the solution, I do think they are right about many of the problems. The freedom to work whenever you want comes with a serious drawback: When the worst happens, too often you are on your own. There has historically been little to no paid support for independent workers if they couldn’t work — if they wanted to take a vacation or, more important, if they got sick.

There has to be a “third way” for gig workers, but we need to get specific, because we need more than new ideas — we need new laws. Our current system is binary, meaning that each time a company provides additional benefits to independent workers, the less independent they become. That creates more uncertainty and risk for the company, which is a main reason why we need new laws and can’t act entirely on our own.

It’s time to move beyond this false choice. As a start, all gig economy companies need to pay for benefits, should be more honest about the reality of the work and must strengthen the rights and voice of workers.

I’m proposing that gig economy companies be required to establish benefits funds which give workers cash that they can use for the benefits they want, like health insurance or paid time off. Independent workers in any state that passes this law could take money out for every hour of work they put in. All gig companies would be required to participate, so that workers can build up benefits even if they switch between apps.

Had this been the law in all 50 states, Uber would have contributed $655 million to benefits funds last year alone. Taking one example, we estimate that a driver in Colorado averaging over 35 hours per week would have accrued approximately $1,350 in benefits funds in 2019. That’s enough to cover two weeks of paid time off, or the median annual premium payment for subsidized health insurance available through an existing Uber partnership.

Why just give drivers money and let them decide what to do with it, rather than requiring companies to provide specific benefits to everyone? Once again, it comes down to what drivers want. When you ask many policymakers which benefit they think is most important to drivers, the answer is almost always health care. Yet when we ask drivers which benefits they most want, health care doesn’t crack the top five. That’s most likely because most drivers already have some form of health insurance, whether through another job, the Affordable Care Act or a family member.

Driving passengers or delivering food on a bike comes with real risks. States should require all gig companies to provide medical and disability coverage for injuries incurred on the job, creating a baseline safety net that we cannot give to drivers today without risking their independent status under the law. We also need new laws that prevent companies from denying independent workers opportunities based on their race, religion, gender, sexual orientation or any other protected characteristic. Shockingly, that fundamental measure of equality is not fully enshrined into law for all American workers today.

There are changes we should make on our own. Uber will start, and I hope others will follow. To begin with, we have to be more transparent about what drivers make and the realities of the work. That’s why we’ve launched a new earnings estimator, using historical data to give drivers a clearer view of what they can expect to earn in their area, before they even sign up.

We also need to do a better job acting on driver concerns. That starts with holding ourselves accountable: We commit to surveying every single active driver in the country about what’s working and what’s not and to publicly releasing the results, no matter what they say. With the upcoming election, we commit to helping every driver register to vote, so that independent workers have a stronger voice in our democracy.

For many people, nothing short of us reclassifying all drivers as employees will be enough. That is the thrust of several lawsuits against Uber in the wake of a new California law, known as Assembly Bill 5. (We’re backing a November ballot initiative in California that would keep drivers as independent contractors, while requiring us to provide new benefits.)

Some have argued that we should scrap independent work altogether because of its shortcomings. But if we eliminate this work, how do we expect the millions of Americans who have been doing gig work to stay afloat when few companies are hiring? If gig workers want to keep their current flexibility and get new benefits, shouldn’t we give them the best of both worlds, instead of asking them to choose the lesser of two evils?

During this moment of crisis, I fundamentally believe platforms like Uber can fuel an economic recovery by quickly giving people flexible work to get back on their feet. But this opportunity will be lost if we ignore the obvious lessons of the pandemic and fail to ensure independent workers have a stronger safety net. This is the time for Uber to come together with government to raise the standard of work for all. The opportunity is now, and the responsibility is ours. The world has changed, and we must change with it.

Mr. Khosrowshahi is the chief executive officer of Uber. From May 2015 until September 2017, he was on The New York Times board.